Living the Urban Periphery seeks to understand the drivers and dynamics of change, as well as the lived experiences of people, on the periphery of three cities. Given the broad scope of the project, designing the methodological approach has been important. The mixed methods approach devised is a key contribution of the research thus far.

The project uses the lens of lived experiences to understand the intersection of state, market and people’s practices in producing new spatialities on the peripheries of cities.

Our focus on 'lived experience' directs attention to the people who occupy the spaces along the spatial edges of African cities, recognising that some residents live in these spaces out of choice, whereas others have been coerced there through state or market actions. This idea of the lived experience of spatial change draws on significant intellectual threads in fields including urban studies, geography and planning theory, urban anthropology and sociology, and is concerned with how people live in places, including how they work, eat, parent, love and die.

Recognising the importance of comparative research – particularly in urban studies – the project is comparative both in terms of countries, and of primary and secondary cities.

There have been no uniform selection criteria for the case studies, and the process of selecting cases, whilst complex and arduous, has yielded rich diversity. Case study selection was informed also by stakeholder events in or on the three city-regions which sought to gain advice and expertise on potential cases. All case studies are peripherally located and have received substantial state or private infrastructure investments (currently or historically), alongside economic growth or decline. They include both areas where residential development has occurred in relation to existing (sometimes declining) or new economic nodes or centralities, as well as existing or new residential development on the edges of cities, sometimes distant from economic nodes.

In the project we have endeavoured to use existing quantitative data to establish a baseline. The unevenness of existing data across the seven case study sites is challenging. We conducted surveys in each area; building up our own quantitative database. Data has also being mapped to understand the spatial dynamics of each area.

In each area, we have held initial key stakeholder workshops with different groups. These enabled us to identify important local priorities; establish relevant case studies; gain insight into local dynamics; develop contacts; foster buy-in and receive critical feedback. Stakeholder meetings also aided in formulating the survey questionnaire. In the final year of the project, we held stakeholder workshops again in each of the three city regions. These were used to share and discuss project findings, debate interpretations and consider the significance of our findings. Workshops were also held at the start and end of the project in the case study locations with residents and key representatives of the area.

We conducted key stakeholder interviews for each area with officials at all levels of government; community leaders; and other important figures in the private sector and elsewhere. 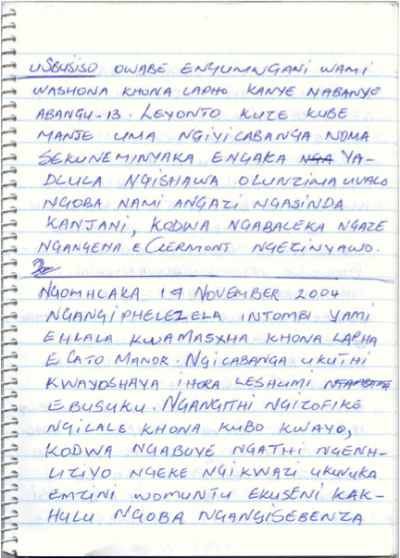 Interviews with a range of residents in each area have been vital in ascertaining the lived experience of people in peripheral locations.

Resident interviewees were invited to photograph their area and daily life for a period, in order for us to gain a more nuanced understanding of the daily sites and experiences of residents in each area.

All residents who were interviewed were invited to keep a diary for one to two weeks, detailing their experiences of urban change. This method in conjunction with the interviews has enabled a deeper knowledge of lived experiences.

A major challenge in any transnational project is the fact that the team is split over several sites. With team members based in Sheffield, Durban, Addis Ababa and Johannesburg, regular virtual meetings, as well as in-person meetings and writing workshops have been vital in ensuring the smooth running of the project. 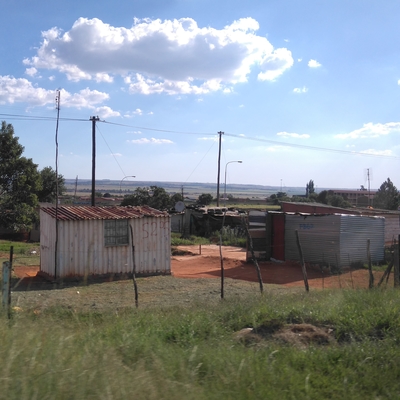