Universal basic income: a politically slippery response to the crisis of social reproduction 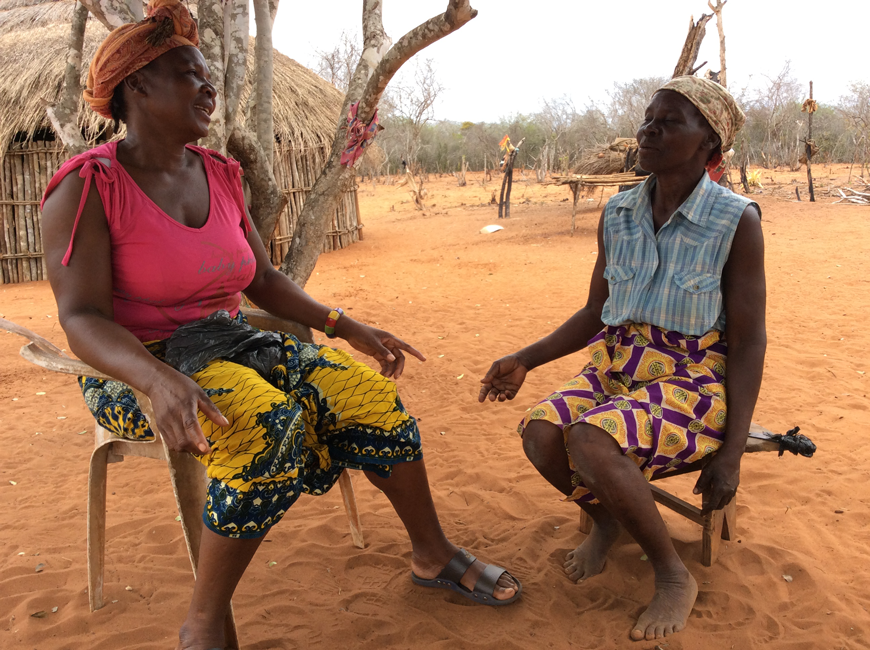 The Covid-19 crisis has exposed and intensified institutionalised structures of inequality everywhere. As countries struggle to respond to its social, economic and political fallout, even mainstream leaders have begun to consider universal basic income (UBI). In its simplest form, a UBI is a publicly funded, unconditional cash transfer paid regularly to all on the basis of citizenship. Hardly a new idea, it has resurfaced periodically during periods of relative labour surplus in response to the introduction of labour-saving technology and/or capitalist crisis.

The idea of UBI is often attributed to Thomas Paine who proposed it as an ameliorative response to the violence of primitive accumulation and land expropriation in the context of agrarian transformation in the global North. It was raised during the second industrial revolution, with mechanisation; and then again by Dr. Martin Luther King, during the third industrial revolution, as unskilled unionised workers in the manufacturing sector were being displaced by machines and funnelled into low-wage service work. In the contemporary context of ‘jobloss’ growth, the ecological crisis and the Covid-19 pandemic, UBI has garnered increasing attention in the global South as well.

Progressive proponents of a UBI argue that it provides income security for those who are precariously connected to formal labour markets, particularly women. A UBI would reduce poverty and inequality and establish a wage below which workers could refuse to work. This would give workers greater power to negotiate working conditions and strengthen the social basis of unions. Furthermore, it would enable people to engage in socially meaningful activities outside of the labour market. Its universal character avoids the costly selection processes and errors of inclusion or exclusion that are endemic to means-tested measures, while its unconditional nature prevents capital from coercing recipients into ultra-low-wage labour. Indeed, some proponents argue that it has the potential to undermine the exploitative foundations of capitalism and transform class relations.

However as I argued in the Global Labour Column this week, UBI is a politically slippery idea, that has been embraced both by trade unions like COSATU and ferocious union-busters like Walmart chairperson Rob Walton—who incidentally also owns Game, Cambridge, DionWired, Makro, Kangela, Builders Warehouse, Builders Express, Builders Superstore, Builders Trade Depot, CBW, Rhino Cash & Carry and Jumbo Cash and Carry stores across the African continent. So why would a seemingly utopian idea that defies the dogma of the dignity of wage-work, find favour with union busting multinational corporations and billionaires?

Well for one, evidence from existing cash transfer programs shows that big retailers benefit the most from social grants. Second, Walmart’s business model hinges on leveraging public funds to subsidise workers’ low wages. A report by Americans for Tax Fairness (2014) found that Walmart cost the US taxpayers an estimated US$6.2 billion in food stamps, Medicaid and subsidised housing. Importantly, there is historical precedent for this. In 1795 the English adopted the Speenhamland Law which established that all people should receive a minimum income based on the principle of the right to live. For thirty years the work requirement associated with the Poor Laws was ignored, giving workers and employers labour flexibility. However, the unintended consequence was the reduction of wages and productivity, as employers offset the costs of labour onto poor relief and workers saw little incentive to take up ultra-low wage work.

Third, most UBI proposals have been well below the working poverty line, and thus workers cannot realistically withhold their labour and pursue socially meaningful activities outside of the labour market. While progressive proponents of a UBI argue that something is better than nothing, it is certainly not better, if it comes at the cost of other labour and social protections. Because a UBI is often portrayed as a magic bullet response to the crisis of social reproduction, it has been used by conservatives to grease the wheels of austerity by abstracting from the processes of capitalist accumulation, justifying the rollback of social and labour protections and facilitating commodification of public goods and services.

Despite its limitations, a UBI has also been a demand of radical movements. So, what would a progressive UBI look like? Progressive proposals set the value of the transfer at around the individual poverty line; conceiving of it as additional to, rather than a replacement for, existing forms of welfare provisioning, all the while recognising that welfare provisioning is part of a broader set of labour, social and consumer protections aimed at increasing the social wage and improving working conditions. Finally, and critically, they place the state administration at the centre of welfare provisioning. There has been a tendency in cash transfer debates to assume that cash can be transferred quickly and easily using digital technologies that sidestep the state administration. Such an assumption not only obscures public sector workers and justifies their precarisation, but it also overlooks how digital technologies have been leveraged to trap welfare recipients in relations of credit and debt through outsourcing to private service providers.

What constellation of social forces can claw back the idea of a UBI from capital and drive a radical politics of redistribution amidst the fallout of the Covid-19 crisis? Writing at the height of automation, as unskilled unionised workers in the manufacturing sector were being displaced by machines and funnelled into low-wage service work, Martin Luther King Jr. highlighted the importance of coalition building. Given the public resources required to fund a guaranteed income, he argued, the civil rights movement could not go it alone. Although the labour movement had been an uneven ally of black workers, he envisioned an alliance amongst the labour, civil rights and progressive movements.

Contemporary proponents of a UBI tend to discount the role of class and class struggle in driving forth a radical politics of redistribution. The underlying assumption is that struggles at the point of production represent an expired politics because the majority of the working class has become superfluous to the accumulation needs of capital. Of course, this represents a dualist vision of capitalist development, with an exploited working class on one end and an excluded one on the other. What it ignores are the ways in which the dynamics of these “two economies” are interlinked; and the ways in which workers across the spectrum are connected through family and friendship. It is therefore not surprising, that alliances can be built beyond narrow mandates. COSATU’s historical support for a UBI is a case in point.

This article was separately published as a longer article available here. With grateful thanks to our supporters.