It's in your hands

Blaming Nelson Mandela for our current faults conveniently shifts introspection from the mistakes that the ANC and leaders subsequently made in power.

Mandela’s historic contribution to the infant democracy was to help cobble together a broad-based consent for the new constitutional democratic order. The Mandela-era will indelibly be associated with the early formative years of the new democracy: the new policy-making process, building the new democratic institutions, the legislative overhauls, and the early trust building – so essential – between the different groups who once stared at each other over the barrel of a gun. 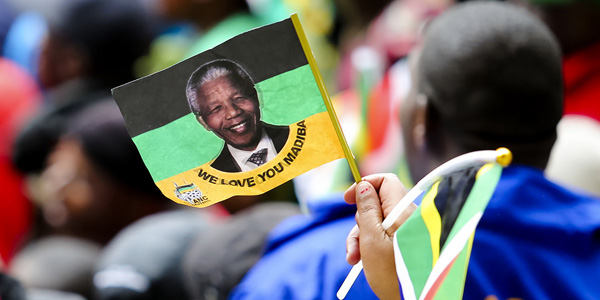 Throughout the transition, his leadership helped to maintain the majority black poor’s trust and loyalty towards the ANC and for the new democratic order, as well as ease the fears of the predominantly white middle class, business and society frightened of black majority rule.

Mandela was South Africa’s first national leader with cross-racial appeal, trusted by large majorities of all ethnic groups. This was crucial in the transition to bring blacks and whites – who viewed each other with suspicion – together across the divides. Mandela’s catch-all embrace is the reason why he contemporarily can be so many things to so many people.

South Africa’s former president is no longer an ANC symbol. He is a South African symbol. He left behind a crucial historical endowment for the future: a leader who groups together the values that people who fought each other over centuries can jointly own. When forging divided peoples, as in South Africa, it is crucial that there are uniting founding fathers and mothers, which all conflicting groups readily embrace.

Mandela also left South Africa a gold standard of leadership we can refer to when current and future leadership fails. He espoused leadership in his personal behaviour that was both ethical and honest, with a sense of duty and governance, according to the values of the democratic constitution and in the interests of the widest number of people, rather than for personal enrichment or the interests of a small elite, ethnic group or political faction.

After spending almost three decades imprisoned by the apartheid regime for his political activism against their brutal system, his ability to overcome his personal anger, bitterness and resentment to his former oppressors, and to partner with them to build a new more inclusive, just and equitable society, gives us an example of an almost super-human individual compromise for the greater good of society.

Mandela is also the father of our constitutional dispensation. Unlike most post-independence African leaders and his ANC peers, Mandela firmly believed in democratic constitutional governance, even while he was a liberation fighter.

More recently there has been criticism, wrongly, of provisions of our constitution that allegedly undermine redress policies. Yet, the constitution provides rules within which we govern, exercise power and resolve societal conflicts – and with ample space to pursue redress of historical wrongs.

Mandela’s African nationalism was far more embracing and inclusive and non-racial in outlook than the narrow Africanism, populism and tribalism espoused by many leaders in the ANC today. While a fierce opponent of apartheid, Madiba was also a fierce opponent of the abuses, corruption and autocratic behaviour exhibited by fellow black leaders. For him, black solidarity stopped when his fellow black leaders behaved undemocratically or were corrupt or uncaring.

Nelson Mandela was also proof that individuals can make a difference. To follow his example, individuals must become more involved in public activities, whether it is sitting on school boards, attending meetings of local municipalities or supporting community organisations and charities with money and time.

Government's failure at multiple levels has prompted many citizens to withdraw where possible from using public services. Those who can afford access to private institutions do so, and avoid crumbling state hospitals or schools. They employ private security, rather than relying on the undependable police for their safety.

But many citizens who care deeply about South Africa are also now increasingly withdrawing from democratic activities and public life, while, understandably, focusing inwards on their personal and immediate family groups.

They often argue that, as individuals, there is little they can do to change the rising corruption, indifference and lack of accountability by government and elected officials.

Some white South Africans also perceive, because of their ‘whiteness’, they are not wanted in, neither can they influence public life, dominated by a predominantly black ANC government and elected representatives. On the other hand, some black South Africans argue that as individuals they are powerless, because they are not politically, socially or through family connected to the small ruling elite dominating the governing ANC.

In fact, as government and public representatives disappoint, we urgently need a more social role for individual citizens, to counter such failure. Social solidarity with disadvantaged individuals from whatever colour must underpin the new social role for individual South Africans. Social solidarity across race will not only help break racial barriers and distrust, but it will lead to social stability, and help foster a common South Africanness.

Not only would such a new social activism slowly but surely help build the South Africa of our dreams but it will also bring individuals new positive meaning and purpose to their own lives.

With the hand he was dealt by history, Mandela has made his contribution within his capabilities, within his context and within his own sphere of influence – which was albeit wide. The rest is our responsibility.

A "how to" guide to social activism by William Gumede