Professors Bob Scholes and Shabir Madhi have been elected as Fellows of the prestigious The World Academy of Sciences (TWAS).

Scholes, an international leading researcher in systems ecology, and Madhi, renowned for his pioneering work in researching vaccine-preventable diseases, are two of four South Africans who are among the 55 new Fellows elected into TWAS on 26 January 2018. This brings the total TWAS membership to 1 228 Fellows.

Professor Lynn Morris, Research Professor in the Faculty of Health Sciences at Wits University and internationally recognised for her work in understanding how the antibody response to HIV develops, won the 2018 TWAS Prize in the Medical Sciences category. Morris is among four women who won TWAS Prizes.

The Academy – known as the “voice of the South” – is a global science academy working to advance science and engineering for sustainable prosperity in the developing world. Its prestigious Fellows include the world's most accomplished scientists living in or focused on the developing world: Only those scientists who have attained the highest international standards and have made significant contributions to the advancement of science can be nominated as Fellows.

“Wits University is extremely proud of our dedicated scientists who are making significant and impactful contributions to South Africa and globally in their various fields. Climate change and disease control and prevention are some of the big challenges facing our world today, and it is fitting that TWAS recognise the research excellence of leading scientists from the global South,” says Professor Ebrahim Momoniat, Dean of the Faculty of Science at Wits University. 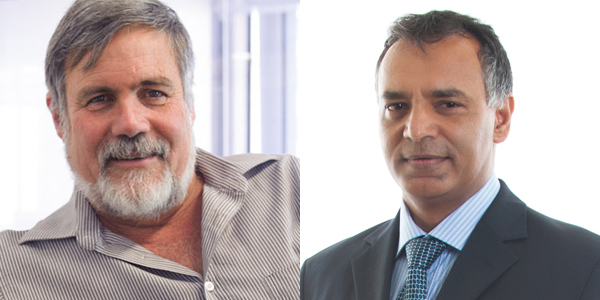 Professor Bob Scholes is a Distinguished Professor in the Global Change Institute at Wits University. He is among the top 1% of environmental scientists worldwide based on citation frequency, publishing widely in the fields of savannah ecology, global change, and earth observation.

He served as a lead author for the Intergovernmental Panel on Climate Change during the 3rd, 4th and 5th assessments and was co-chair of the Conditions Working Group of the Millennium Ecosystem Assessment. He is currently co-Chair of the Global Assessment of Land Degradation and Restoration.

According to TWAS, its decision to elect Scholes as a Fellow in the category Biological Systems and Organisms, was based on “the major work he has done on the ecology of African savannahs, interactions between the global C cycle and climate change, Earth observation systems (particularly for biodiversity).”

Says Scholes: :"I am honoured to be elected into this distinguished group of scientists from all around the world. I am also aware that many other scientists equally deserve recognition for the work they do, but have not been so fortunate."

Scholes is a member of the Academy of Science of South Africa and Foreign Associate of the US National Academy of Science. He has received numerous awards, including the South African National Science and Technology Forum Lifetime Contribution Award, the Centre for Scientific and Industrial Research (CSIR) Career Achievement Award and the CSIR Excellence Award, among others.

Professor Shabir Madhi is Professor of Vaccinology at Wits University, Director of the Wits/Medical Research Council Respiratory and Meningeal Pathogens Research Unit (RMPRU), and Executive Director of the National Institute for Communicable Diseases. He also holds the position of DST/NRF SARChI Chair in Vaccine Preventable Diseases.

According to TWAS, its decision to elect Madhi as a Fellow in the category Medical and Health Sciences is due to the fact that “his research findings have impacted international WHO policies on the prevention of major causes of under-5 childhood death from pneumonia, diarrheal disease and early-infant sepsis with vaccines against pneumococcus, rotavirus and maternal influenza vaccination”.

Madhi is a member of the Academy of Sciences of South Africa and has been awarded the Watkins-Pitchford Prize, the South African Medical Research Council Lifetime Achievement Award (Platinum Medal), the TW Kambule Award, and the University of the Witwatersrand Vice-Chancellor Award for Research, among others.

In awarding Professor Lynn Morris with the 2018 TWAS Prize in the Medical Sciences category, the Academy praised her “pioneering studies on the neutralizing antibody response to HIV infection that has provided fundamental insights for HIV vaccine development”.

The TWAS Prize, announced in December 2017, carries a cash award of US$15 000 and the winners will deliver a lecture about their research at TWAS's 28th General Meeting in 2018, when they will receive a plaque and the prize money.

Morris is a Highly Cited Researcher on the Clarivate Analytics list compiled annually that recognises leading researchers in the sciences and social sciences globally.

Morris holds a joint appointment as Research Professor in the Faculty of Health Sciences at Wits University and Research Associate at the Centre for the Aids Programme of Research in South Africa (CAPRISA). She is the Head of the HIV Virology Laboratory within the Centre for HIV & STIs based at the National Institute for Communicable Diseases at the National Health Laboratory Services.

In June 2017, Morris received the prestigious Harry Oppenheimer Fellowship Award for her scholarship and research excellence.