Two scientists from Wits University are on the list of Highly Cited Researchers in the world.

Berger and Morris are two of just five individuals who have a South African institution as their primary affiliation.

Berger is a Highly Cited Researcher in social science (general) while Morris features in the field of microbiology. 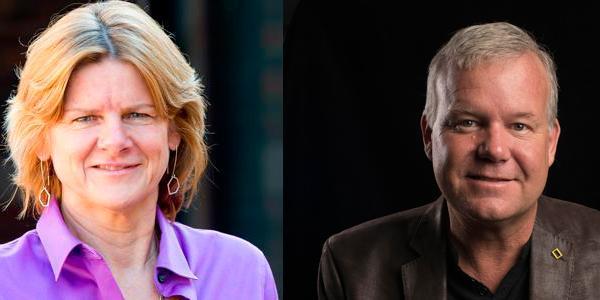 Berger is an award-winning researcher, author, speaker and paleoanthropologist. He is Research Professor in Human Evolution and the Public Understanding of Science at Wits University, and a National Geographic Explorer-in-Residence. He is the recipient of the National Geographic Society’s first Prize for Research and Exploration and is a Fellow of the Royal Society of South Africa, a Member of the Academy of Sciences of South Africa, and a Fellow of the Explorers Club.

His explorations into human origins in Africa over the past two-and-a-half decades have resulted in many new and notable discoveries, including the most complete early hominin fossils found so far, which belong to a new species of early human ancestor, Australopithecus sediba, and, in 2013, the richest early hominin site yet found on the continent of Africa. Among other positions, Berger serves on the advisory board of the Global Young Academy.

Morris holds a joint appointment as Research Professor in the Faculty of Health Sciences at Wits University and Research Associate at the Centre for the Aids Programme of Research in South Africa (CAPRISA). She is the Head of the HIV Virology Laboratory within the Centre for HIV & STIs based at the National Institute for Communicable Diseases at the National Health Laboratory Services.

Morris is internationally recognised for her work in understanding how the antibody response to HIV develops. The rapid mutability of the virus means that the ‘standard’ antibody response is quickly obsolete in an infected individual. Morris has been prominent in studying the rare appearance in some patients of so-called 'broadly neutralising antibodies', which can attack a broad range of mutated viruses. This work is currently one of the most promising leads towards the production of an effective anti-HIV vaccine. In June 2017, Morris received the prestigious Harry Oppenheimer Fellowship Award for her scholarship and research excellence.

The Highly Cited Researcher list of 2017 focuses on contemporary research achievement. Only Highly Cited Papers in science and social sciences journals indexed in the Web of Science Core Collection from 2005-2015 were surveyed.

Highly Cited Papers are defined as those that rank in the top 1% by citations for field and publication year in the Web of Science (an online subscription-based scientific citation indexing service). These data derive from Essential Science Indicators (ESI), which denote authors with the most papers designated as Highly Cited.

The 21 fields also derive from Essential Science Indicators defined by sets of journals (and, in exceptional cases of multidisciplinary journals, such as Nature and Science) by a paper-by-paper assignment to a field. This percentile-based selection method removes the citation advantage of older published papers relative to recently published ones since papers are weighted against others in the same annual cohort.

Researchers who published Highly Cited Papers within an ESI-defined field were judged as influential so the production of multiple top 1% papers is interpreted as a mark of exceptional impact.