The richness and completeness of South Africa’s fossil record makes it a prime laboratory for studying the origins of species through time, including human origins.

Wits owns some of the most important fossil hominid sites in the world. It has large and internationally-acclaimed fossil collections of ancient dinosaurs, therapsid mammal-like reptiles, plants and fossil hominids.

The Evolutionary Studies Institute at Wits is a South African centre of excellence in the palaeosciences and a global hub for the study of the origins of species. The Evolutionary Studies Institute adopts a multidisciplinary approach to research incorporating the disciplines of palaeontology, palaeoanthropology, molecular biology, genetics, geosciences, archaeology, geography, biology, ecology and climatology.

Genetic evidence and the geological record are an archive of past biodiversity and reveal the effects of global mass extinctions, making these disciplines particularly relevant as the Earth faces a biodiversity crisis in the midst of the so-called 6th extinction.

Southern Africa, with its rich geological, palaeontological, palaeoanthropological and archaeological record, covers a vast time-period, ranging from the origins of life to recent time, is one of the few regions enabling researchers to understand both past and present changes in biodiversity.

It also preserves a record of Earth from the earliest evidence of life 3.5 billion years ago to the origin of humans and their culture in the last 150 000 years. Wits has a 10 decade long and proud tradition of palaeontological and palaeoanthropological research, and has amassed large and internationally important fossil collections that are utilised by researchers around the world.

The Institute is the hub of multidisciplinary research programmes that map the history of life on Earth through the fossil record, while also exploring the driving mechanisms of biodiversity changes though time.

The Institute combines the strengths of Wits’ Institute for Human Evolution, the Bernard Price Institute for Palaeontological Research, and many allied disciplines. It aims to expand and extend South Africa’s position as the global leader in the palaeosciences, be an international training centre, a magnet for leading academics, and the centre of South African efforts to develop a prosperous palaeotourism industry. 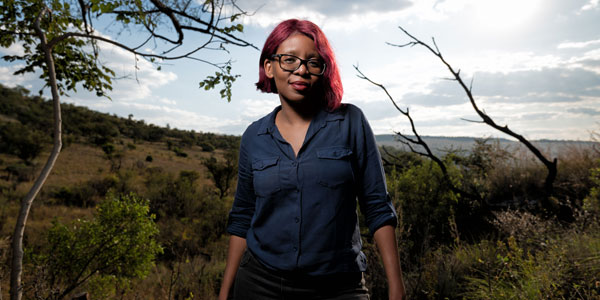