Morris holds a joint appointment as Research Professor in the Faculty of Health Sciences at Wits University and as Research Associate at the Centre for the Aids Programme of Research in South Africa (CAPRISA).

The Harry Oppenheimer Fellowship Awards encourage excellence in scholarship and acknowledge cutting-edge, internationally significant work applicable to the advancement of knowledge, teaching, research and development in South Africa. It is the premier annual award of the Oppenheimer Memorial Trust, with a monetary value of R1,5m. 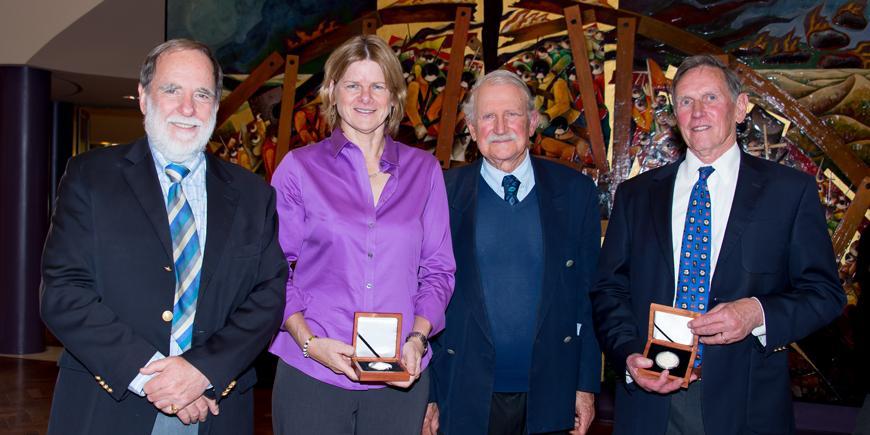 Morris is an alumna of Wits University where she earned Bachelors of Science and Honours degrees. She earned her DPhil at the University of Oxford, after which she was awarded a Royal Society Florey Fellowship to undertake postdoctoral study in Australia. On her return to South Africa, she joined the NICD and has devoted the best part of the last twenty years to the search for an HIV vaccine.

Morris is internationally recognised for her work in understanding how the antibody response to HIV develops. The rapid mutability of the virus means that the ‘standard’ antibody response is quickly obsolete in an infected individual. She has been prominent in studying the rare appearance in some patients of so-called broadly neutralising antibodies which can attack a broad range of mutated viruses. This work is currently one of the most promising leads towards the production of an effective anti-HIV vaccine.

Morris plans on using the Oppenheimer Fellowship to develop a novel antibody-based approach for the prevention of HIV infection in women. This project will make use of an antibody, which shows exceptional antiviral activity against HIV that she and her team and collaborators in the USA, isolated from an HIV-infected woman living in KwaZulu-Natal.

“The antibody will be engineered into bacteria that naturally colonize the vagina in order to develop an anti-HIV probiotic that could be used intravaginally to prevent HIV infection,” says Morris.

One of the world's most highly cited researchers

The Oppenheimer Fellowship confirms the Morris’s research excellence. She is a National Research Foundation A-rated scientist (2015) and was elected as a Fellow of the Royal Society of South Africa that year. She is listed on the Thompsons Reuters 2015 ISIS list of the 3000 most highly cited researchers in the world.

Her awards include Wits University’s prestigious Vice-Chancellor’s Research Award (2014), the Department of Science & Technology Distinguished Women in Science Award (2013), and the South African Medical Research Council Gold Merit Award (2015). She has an article devoted to her work and career in the prestigious international journal, Lancet.

Morris is the fifth scientist from Wits to earn the distinguished fellowship since its initiation in 2001. Other Harry Oppenheimer Fellows from Wits include Professor Helen Rees (2014) for Obstetrics & Gynaecology at the Wits Reproductive Health & HIV Institute (WRHI);  Professor Duncan Mitchell (2010) for Physiology; Professor Norman Owen-Smith (2005) for Environmental Sciences; and Professor David Glasser (2001) for  Chemical Engineering.