The Dean of the Faculty of Science at Wits University has been elected as a Fellow of the Royal Society of South Africa.

Ebrahim Momoniat, a Professor of Computational Science and Applied Mathematics at Wits, joined the ranks of the prestigious 109-year old Society on 22 November 2017.

The Royal Society of South Africa is an independent, interdisciplinary organisation that aims to further all branches of science in South Africa. The Society:

According to the Royal Society of SA citation, Momoniat “has advanced significantly research into fluid mechanics in South Africa and internationally. He has played a distinguished leadership part in the administration of Science at the University of the Witwatersrand and more broadly within South Africa through the Centre of Excellence in Mathematical and Statistical Sciences."

His research output includes 116 papers in ISI [International Scientific Indexing] journals. He has made significant contributions to the application of Lie group analysis of differential equations and computational methods to thin fluid film flow, to the Lane-Emden equation extending the work of Chandrasekhar, to power law and second, third and fourth-grade non-Newtonian fluids and to travelling waves in smectic liquid crystals. He was among the first researchers to apply Lie group analysis to these fields. He has modelled the processes which drive thin fluid films including higher order nonlinear effects due to surface tension. 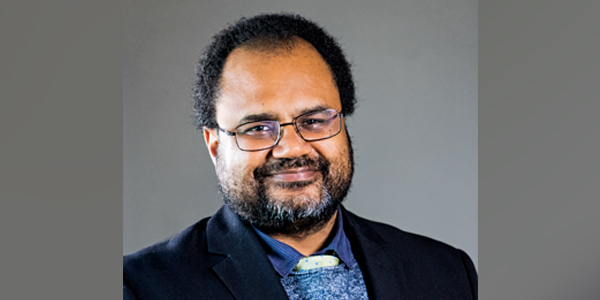 He has successfully supervised eight MSc students and 6 PhD students and published 25 papers in ISI journals with his graduate students. He is rated B3 by the National Research Foundation and has a Google Scholar h-index of 17. As a young researcher, he received the Friedel Sellschop Research Award for the period 2008 to 2010. His distinction as an outstanding researcher was recognised by Wits University when he received the Vice Chancellor’s Research Award for Research Excellence in 2016.

Momoniat has taken on significant leadership and management roles. He was the driving force behind the establishment of the DST/NRF Centre of Excellence in the Mathematical and Statistical Sciences and the lead author of the proposal. The Centre of Excellence was established in 2013 with Momoniat as Deputy Director. The Centre brings together for cooperation in research in the Mathematical and Statistical Sciences Departments of 10 universities and institutes in South Africa.

The following Wits professors are amongst those who have become Fellows of the Royal Society of SA since 2000: