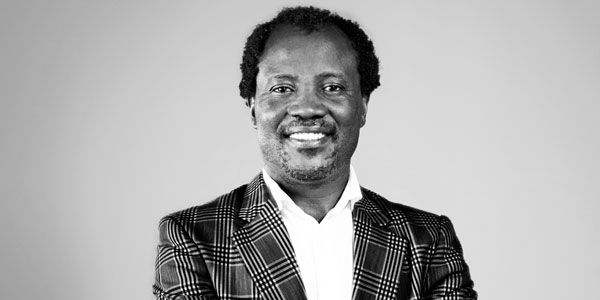 He has brought a wealth of experience, insight and knowledge to Wits and is committed to increasing Wits' quantitative and qualitative research output over the next few years in line with Wits' strategic research plan.

Vilakazi was appointed Group Executive for Research and Development at the Nuclear Energy Corporation of South Africa (NECSA) in 2011, while also serving as the director of iThemba LABS – a position he has held since January 2007. He also holds an Honorary Professorship in the Department of Physics at the University of Cape Town (UCT).

He obtained his PhD from Wits in 1998 under the supervision of the late Professor J Sellschop, who also served as DVC: Research at Wits. The title of his doctoral thesis is The Investigation of coherent correlated effects due to incidence of ultra-relativistic leptons on oriented crystalline matter. This was followed by a National Research Foundation postdoctoral fellowship at the European Centre for Nuclear Research (CERN) in Geneva, Switzerland.

He took up an academic post at UCT in 1999 where he was instrumental in establishing South Africa's first experimental high-energy physics research group focusing on development of the High-level Trigger for the CERN-ALICE experiment at the Large Hadron Collider. He also served as a visiting scientist at the Atomic Energy Commission and Alternative Energy in Saclay, France.

In 2010 he was nominated by the World Economic Forum as a Young Global Leader and is a member of the Academy of Sciences of South Africa.

Vilakazi's research interests include heavy-ion collisions at ultra-relativistic energies and computational physics – in relation to GRID computing. He has more than 80 refereed articles in Nuclear and High Energy Physics and is a regular invitee for talks and presentations at conference and seminars.

Vilakazi was instrumental in Wits becoming the first African partner on the IBM Q Network earlier this year and will be chairing the Department of Science and Innovation’s (DSI) National Working Committee to develop a Framework for Quantum Computing and Quantum Technology (NWG: QC&QT) driven research and innovation in South Africa.

He is the regular editorial contributor to Wits’ premier research magazine, Curiosity, in which he shares how Wits’ researchers and students are actively participating in the global knowledge economy, to lead the frontiers of knowledge creation so that Africa is not confined to be a passive receptor of a new revolution.