SA will not escape this revolution

Welcome to the third issue of Curios.ty, which features research and researchers that interrogate capital within the context of political economy, monopoly capital, corruption, and the rapid disruption of the status quo and the world as we know it today. 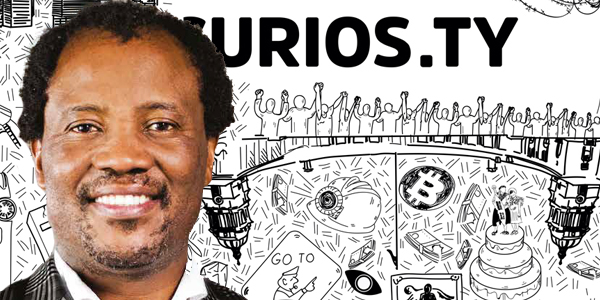 Let us consider the capital wielded globally in terms of the economic, social and political power of the big five tech companies - Apple, Amazon, Google, Facebook and Microsoft. The New York Times columnist, Farhard Manjoo, has provocatively referred to them as the ‘frightful five’, declaring that they control the world’s most important platforms – smartphones, app stores and a map of our global social interactions – in a way that is unprecedented in human history.

Who would have imagined a world where the largest hotel company (AirBnB) doesn’t own a single piece of real estate, and the largest private transport company (Uber) does not own a fleet of taxis? Take the new cryptocurrencies (Bitcoin, Ethereum, Ripley) that are traded on alternative exchanges or the latest Wits MOOCs available on the EdX platform. These examples are indicators of how capital has, over the past decade, been disrupted by the ‘frightful five’.

Recent events in North Africa and the Middle East – and the US Presidential election results – also point to the power of these platforms in reshaping regional political events in some of the world’s most powerful nations.

Moisés Naím, the Venezuelan thinker and internationally syndicated columnist, writes in his book, The End of Power, that globalisation, economic growth, a growing global middle class, the spread of democracy, and rapidly expanding telecommunications technologies have changed our world and created a fluid and unpredictable environment which has unsettled the traditional dominions of power.

Some refer to this context as the Fourth Industrial Revolution. It is a wave of change that uses technologies such as artificial intelligence, autonomous vehicles, virtual reality, and robots to enhance our cognitive abilities. Most previous technology revolutions enhanced our muscle power; this one is characterised by social and technical interfaces and will impact on the world of work and the economy.

South Africa will not escape this revolution. We will need to grapple with these changes as we simultaneously contend with transformation, social cohesion, poverty, inequality and unemployment. If not sufficiently daunting, we need to manage these changes in the context of sluggish economic growth still reliant, largely, on resources.

These are some of the questions that Wits researchers and students are exploring. By extension, Wits will implement a new research and postgraduate strategic plan (2018-2022), that speaks to the transformation of the future, whilst addressing the challenges of today.

Professor Zeblon Vilakazi is the Deputy Vice-Chancellor for Research and Postgraduate Affairs at Wits University.