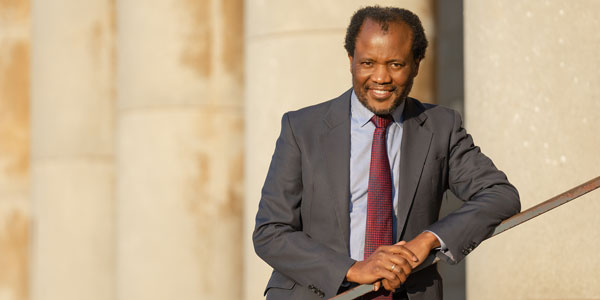 The Council of the University of the Witwatersrand today announced the appointment of Professor Zeblon Vilakazi as the Vice-Chancellor and Principal of the University from 1 January 2021. He takes the reins from Professor Adam Habib who leaves Wits at the end of the year to lead the School of Oriental and African Studies in London.

Professor Vilakazi is the current Vice-Principal and Deputy Vice-Chancellor for Research and Postgraduate Studies at Wits. Under his leadership, Wits’ research output has more than doubled, with the University increasingly producing more research with impact. He is widely published (325 papers) and highly cited with an h-index of 70.

“Professor Zeblon Vilakazi is the epitome of a world-class researcher who is globally recognised for his scientific work, and for his contribution towards developing higher education in Africa. He is a truly talented individual who is an inspiring exemplar for all Africans,” says Mr Isaac Shongwe, Chairperson of the Wits Council, the highest decision-making body of the University. “We are confident that Professor Vilakazi will ably lead Wits to its centenary in 2022 and beyond, steward a new vision for the academy, and reinvigorate the academic project in a higher education context that is rapidly changing.”

No stranger to technology and the digital world, Professor Vilakazi chairs South Africa’s National Quantum Computing Working Committee which seeks to develop a Framework for Quantum Computing and Quantum Technology driven research and innovation in South Africa. He is also instrumental in ensuring that Wits and other African universities have access to quantum computing networks.

“It is an honour for me to have been appointed to this prestigious position,” says Professor Vilakazi. “I am committed to working with my esteemed colleagues, fellow academics and smart, savvy students to create new knowledge, and to develop the high level skills required to move South Africa, and our economy forward. We also need to continue to develop the originators, innovators and critical thinkers who can help us solve the problems of the 21st Century.”

Professor Vilakazi is globally recognised for his expert knowledge in physics and nuclear research. He was instrumental in establishing South Africa's first experimental high-energy physics research group at CERN focusing on the development of the High-level Trigger for the CERN-ALICE experiment at the Large Hadron Collider at the European Organization for Nuclear Research (CERN). He also served as a visiting scientist at the Atomic Energy Commission and Alternative Energy in Saclay, France.

For more, see the Curriculum Vitae of Professor Zeblon Vilakazi.