Professor Colin Bundy is a Trustee of the Wits Foundation UK.  Colin is a Wits alumnus (BAHons 67) and a former Wits Vice-Chancellor and Principal (1997 - 2001). He retired in 2010 as the first Principal of Green Templeton College, University of Oxford. Colin moved to the U.K. to become Director and Principal of the School of Oriental and African Studies (2001 - 2006), and during that time also became Deputy Vice-Chancellor of the University of London (2003 - 2006). From 1992 to 1994 he was Director of the Institute for Historical Research, and was the Vice Rector at the University of the Western Cape from 1994 to 1997. Colin came to prominence as an historian in South Africa in 1988 with the publication of The Rise and Fall of the South African Peasantry. He continues to each and publish, and reaches a more general audience through his popular works such as Short-Changed? South Africa since 1994, published in 2014, and Nelson Mandela, published in 2015. Colin also holds a BA from the University of Natal and an MPhil and DPhil from the University of Oxford where he was a Rhodes Scholars at Merton College and later a Beit Senior Research Scholar at St. Antony's.

Bill Frankel is Chair of the Trustees of the Wits Foundation UK.  Bill, a retired partner of a major City of London law firm where he practiced practiced commercial law for over 45 years, is the Chairman of the Wits Foundation UK.  Born in SA and a graduate of UCT, Bill re-qualified as a Solicitor of the Supreme Court of England in June 1970 and was admitted to partnership in September 1970. Between 1966 and 1990, Bill was the secret legal consultant ("Mr X") to Canon Collins' International Defence and Aid Fund that funded the legal costs of virtually every political trial in South Africa. Bill was appointed OBE in the Queen's Millennium honours list for services to human rights. He is Trustee and Chair of numerous charitable organisations both in the UK and in South Africa, including an eponymous UK educational trust established by the Constitutional Court judiciary. Bill is also Chair of the Claude Leon Foundation which is one of the largest grant giving foundations in SA primarily involved in the fields of education, human rights and youth development. In 2007 Bill was appointed an Honorary Fellow of the Royal Society of South Africa for services to science education and research. In 2014, he was awarded UCT's Vice Chancellor's Silver Medal for services to human rights, constitutionalism, education, and philanthropy in South Africa and elsewhere. In 2015, the South African government announced that Bill is to be awarded the Order of Luthuli (Silver).

A professor of political science, Adam is well-known in South Africa as a public and media commentator. His book, South Africa's Suspended Revolution: Hopes and Prospects, published in 2013, has reached a wide lay audience and has been translated into several South African languages. He serves on numerous external boards in South Africa and internationally.

Sir Sydney Kentridge is Patron of the Wits Foundation UK.  A Wits alumnus (BA '42; Hon LLD 2000), Sir Sydney Kentridge has enjoyed a distinguished career of almost 60 years, in both South Africa and the United Kingdom. After serving in World War Two, Sir Sydney studied at Exeter College, University of Oxford, and was awarded a first-class BA in Jurisprudence in 1948. As an advocate in South Africa, he was a member of the legal team that defended Nelson Mandela and others at the Treason Trial which lasted from 1958 to 1961. In 1977 he represented the Biko family at the inquest into the death of the Black Consciousness leader Steve Biko, who had died in police detention. In 1995-6 Sir Sydney sat as a judge of the Constitutional Court of South Africa, a new court established after the country became a democracy in 1994. In the U.K., he is regarded as one of the country's leading barristers. Sir Sydney is the recipient of numerous honours and awards, including Knight Commander of the British Order of St. Michael and St. George (1999), and Supreme Counsellor of the South African Order of the Baobab in Gold (2008). A founding trustee of the Wits Foundation U.K., Sir Sydney became its Patron in 2014.

Professor Sir David King is a Trustee of the Wits Foundation UK.  Sir David is a Wits alumnus (BScHons '61; PhD 1964; Hon DSc 2003), and is currently the U.K. Foreign Secretary's Special Representative for Climate Change. He is also an Emeritus Professor in Physical Chemistry at the University of Cambridge, Director of the Collegio Carlo Alberto in Italy, Chancellor of the University of Liverpool (where he was formerly Brunner Professor of Physical Chemistry), and a senior scientific adviser to UBS, the global financial services company. In the 1970's, Sir David was a leader in the British trade union for academics, the Association of University Teachers, and was its president from 1976 to 1977. In 1988, he was appointed 1920 Professor of Physical Chemistry at Cambridge University, and was Master of Downing College from 1995 to 2000 and Head of the University Chemistry Department from 1993 to 2000. Sir David became the Chief Scientific Adviser to the U.K. government from 2000 to 2008, during which time he advised the government on the foot-and-mouth outbreak and raised awareness of climate change. From 2008 to 2012, he was Director of the Smith School of Enterprise and the Environment, University of Oxford. Sir David has published over 500 papers in chemical physics, science, and policy, and has received numerous prizes and honours. He was knighted in 2003, and in 2009 was made a Chevalier of the Légion d'Honneur. 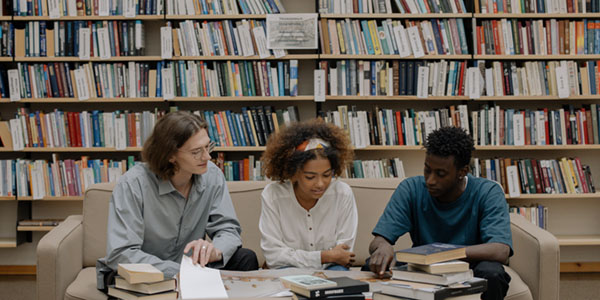 Keep up to date with the latest research news at Wits.