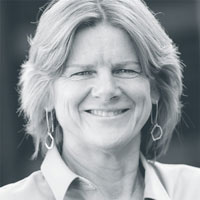 Lynn Morris is the Deputy Vice-Chancellor of Research and Innovation at the University of the Witwatersrand in Johannesburg, South Africa. She has a DPhil from the University of Oxford and is Research Professor and Director of the Antibody Immunity Research Unit based at the National Institute for Communicable Diseases (NICD), a division of the National Health Laboratory Service (NHLS). Over the last 28 years she has made significant contributions to understanding the antibody response to HIV and is responsible for performing validated antibody assays for HIV clinical trials. Lynn is an NRF A-rated scientist, has published over 270 papers holding an H-Index of 63 and has featured in the Web of Science list of highly cited researchers. She is a member of Academy of Science of South Africa (ASSAf) and a Fellow of the African Academy of Sciences (AAS), the Royal Society of South Africa (FRSSA) and The World Academy of Sciences (TWAS). 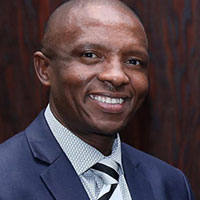 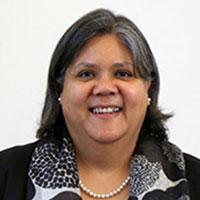 Programme Manager of PSPPD II in the Department of Planning, Monitoring and Evaluation of the national government of the Republic of South Africa

Ms Sadan is the Programme Manager of the Programme to Support Pro-poor Policy Development Phase II (PSPPD II) Prior to this, she managed the PSPPD Phase I from 2007-2012. The Programme is located within the Department of Planning, Monitoring and Evaluation. She was previously a Senior Policy Analyst in the Social Sector in the Policy Coordination and Advisory Services (PCAS) in the Presidency.  She was a Visiting Scholar at the University of Oxford in 2002/03. She holds an MSc from the London School of Economics and is currently a doctoral candidate at Rhodes University. Her doctoral research is examining the trajectory of poverty policies and programmes in South Africa in the post-apartheid period. Ms Sadan also chairs this CoE's Scientific Advisory Committee. 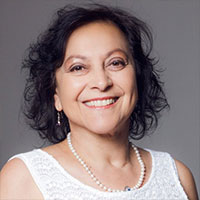 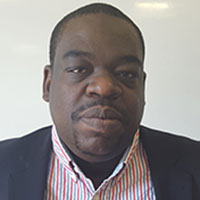 Deputy Director: High-End Skills at the Department of Science and Innovation 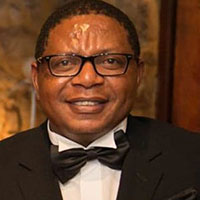 Dr Khati holds a BSc Honours in Public Health from the University of Cape Town. He completed his MSc at Imperial College London and his DPhil in Molecular Pathology at Oxford University where he subsequently was also a post-doctoral fellow at the Sir William Dunn School of Pathology. In addition, he was a Visiting Scientist at the Scripps Research Institute in San Diego, California. Dr Khati spent 10 years at the Council for Scientific Industrial Research (CSIR), first as Research Group Leader and later as Head of Department at the Emerging Health Technology unit. He also worked at the Institute for Infectious Diseases at UCT where he currently holds an Honorary Professorship. 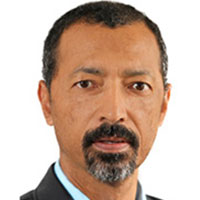 Director: Centres of Excellence at the National Research Foundation

Mr Sassman is the Director: Centres of Excellence at the National Research Foundation (NRF). He holds a BSc from the University of the Western Cape, BEd and MEd degrees from the University of Cape Town, and an MBA from the Business School Netherlands in Buren in the Netherlands. He also received training in financial management from Price Waterhouse & Coopers, in internal financial controls from the National Treasury and in negotiation skills from the (former) South African Management Development Institute. His working experience has included being an educator, as well as working for the national Department of Education, the national Department of Provincial and Local Government, and at the European Union Foundation for Human Rights. 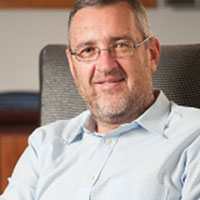 Robin Drennan has a PhD in Chemistry from Rhodes University, awarded for the investigation of pyrotechnic reactions. He has practiced as an applied researcher in a public company, AECI, and a science council, CSIR. He worked at a national funding agency (National Research Foundation) where he managed many different programmes. In 2011 he joined the Wits University as Director for Research Development. His role entails leading, encouraging and supporting research across the University. In 2010 Dr Drennan won a Golden Quill award for research reporting and in 2017 a SARIMA award for distinguished contribution to the Research Management Profession. 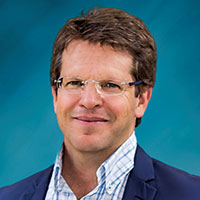 Garth Japhet is medical doctor and the founding CEO of Heartlines. Heartlines is an NGO that initiates research-based campaigns that use story to tackle society’s big issues such as reconciliation and father absence. The basis for these campaigns are feature films and TV dramas, which are complemented by resources to equip workers in workplaces, schools, correctional facilities, churches and NGOs. In 1992, he co-founded  the internationally acclaimed Soul City a multimedia edutainment project which addresses variety of health issues.  It has reached over 50-million people in ten southern African countries through TV and radio drama series, written resources, community mobilisation and advocacy initiatives. He was CEO for 17 years Garth is a Schwab fellow of the World Economic Forum (WEF), a fellow of the African Leadership Initiative and Senior Ashoka Fellow. He has received the global Everett Rogers Award for contribution to Entertainment Education . Garth is married to Jayne and they have two children Rebecca and Leigh.