Prof Norris is Director of the DSI-NRF Centre of Excellence in Human Development and Director of the MRC/Wits Developmental Pathways for Health Research Unit, Department of Paediatrics at the University of the Witwatersrand. He is a co-principal investigator of the Birth to Twenty Plus Cohort study and principal investigator of the Soweto First 1000 Days cohort. His research interests include child growth and development, obesity, and inter-generational risk of metabolic disease. 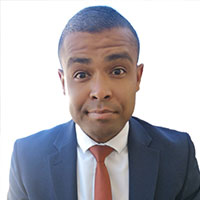 Justin du Toit joined the COE-HUMAN as centre manager in November 2020. He has more than a decade of management and research experience in the public and private sectors. His public service career began in 2015 as Deputy Director of Research in the Private Office of the then Deputy President Cyril Ramaphosa. He continued to work with Mr Ramaphosa when he became president of South Africa. His work focused on evidence-based research to strengthen ethical and strategic policymaking and governance. Justin’s research interests include land restitution and the Fourth Industrial Revolution. 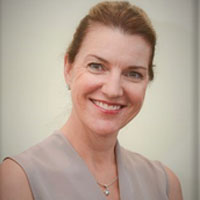 Dr Ware is a senior researcher the COE-HUMAN and an associate director of DPHRU at the University of the Witwatersrand. Her research interests are how health behaviours are impacted by our environment and how these relate to chronic disease risk. She holds funding from the Wellcome Trust to investigate how vascular health has been transmitted across three generations in Sowetan families. She is also the recipient of several bilateral funding awards with UK universities to assess various ways to monitor and shift health behaviours. She is the Research Director of the Wits Health HUBB programme, a research and training initiative empowering young people as agents for change to create healthier communities. She currently has a C-Rating from the NRF. 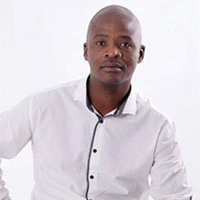 Kopano Masemola is a DOHaD Africa Project Officer and a final year Bachelor of Arts (BA) Student at the University of the Witwatersrand. Her Bachelor of Arts degree majors in International Relations and Political Studies. Her academic interest lie in African agency particularly in terms of Africa’s collaboration with the world. Her career with Wits University commenced in 2018 at Wits plus; Centre for Part-Time Studies, later moved to the Student Enrolment Centre (SEnC) then the Developmental Pathways for Health Research Unit (DPHRU) and now COE-HUMAN. The mission of the DOHaD Africa aligns well with her objective to enhance representation, visibility and agency of Africa through correlation and participation. 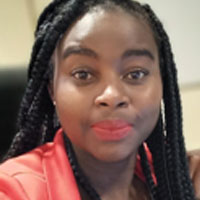 Rebecca Mudau joined the CoE-Human in May 2021 as a Research Assistant and Administrator. She has a wealth of experience in business administration support. She previously worked for the South African Post Office as a Data Capturer and Call Centre agent. Before that, she fulfilled the role of Customer Service Agent for South African Airways. Her career begin at BCA as a part-time administrator and receptionist.