Teaching in a Covid global village

It takes a village to raise a child but the global village is shrinking. 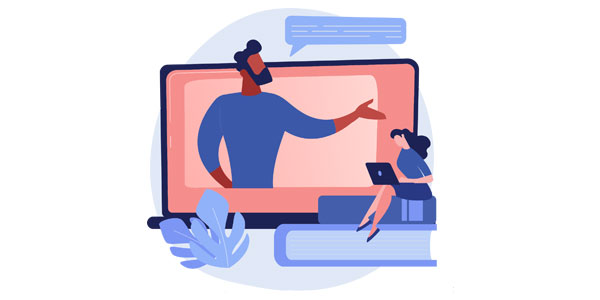 The fourth industrial revolution and the global pandemic demand a rethink on how we teach online for those most compromised and the risks associated with this ‘redistributed university’.

It takes a village to raise a child. This African proverb illustrates the community’s collective responsibility for bringing up children, regardless of bloodline or future benefits. The pandemic has brought to the fore the value of African value systems in education.

*Karabo, a visually impaired student, had just started university when South Africa went into lockdown and Wits closed on 17 March 2020. The first-year student was beginning to get to grips with the transition from high school to university, when she found out that her classes would move online. This raised her anxiety levels as she had last worked on a computer in Grade 9 and had low levels of computer literacy.

Fortunately, at Wits help came from all sides as Karabo, her neighbours and family worked collaboratively with the Wits Disability Rights Unit (DRU) to ensure that she could navigate the abrupt change to an online learning environment, which was doubly challenging for someone visually impaired.

Andrew Sam, an Adaptive Technologist at the DRU, was responsible for walking this journey with Karabo through a ‘village’ that offered support.

“We pretty much got through it, but there were many long hours of work, sometimes frustration, as students had to get used to the new system,” says Sam.

It helped that the DRU started thinking about how Covid-19 would affect students with special needs long before President Cyril Ramaphosa announced the national lockdown.

“We had seen what was happening in other countries and needed to be ready for this eventuality,” says Sam.

By the end of February, the DRU had started moving resources online to enable staff to work remotely. The team had identified guides and free software similar to that in the DRU computer labs that would enable students to work from home.

Particular attention was given to ‘print impaired’ students – an inclusive term which includes the visually impaired and those with learning disabilities, such as dyslexia or reading difficulties.

Consideration also had to be given to the hard of hearing and Deaf students who under normal circumstances have access to a Sign Language interpreter or real-time caption transcriber in the classroom.

As online learning is mostly delivered through audio and without an interpreter, hearing impaired students risked exclusion from learning. To overcome this, the DRU overlays lectures with Sign language interpretation using Loom software (a video messaging tool) and various voice-to-text software programmes to provide captions for audio.

The pandemic seems to have been more forgiving for students with mobility issues and other physiological impairments. These students could work from the comfort of their homes and access recorded lessons long after the lecturer had left the virtual classroom.

Nurturing talent for a post-pandemic world

Technology has enabled Wits University to continue with its flagship programme for high school learners. The Targeting Talent Programme (TTP), launched in 2007, primes Grade 10-12 learners from disadvantaged backgrounds for success at university. A major component of the programme is the June/July curriculum, which sees hundreds of academically-talented learners immersed in contact learning on the University’s premises. Rather than suspend the programme due to Covid-19, TTP moved online, with an extended timetable that ran from June to October for the 2020 cohort of 500 learners.

Zena Richards, Director of the Student Equity and Talent Management Unit at Wits which runs the TTP, says learners were given tablets and data so that they could be taught using typical online teaching pedagogy.

The threat of the ‘redistributed university’

While technology has sustained the academic programme online, there are fears that the pandemic is leading to the redistribution of the power of universities. The concept of the ‘redistributed university’ was central to discussions between academics in Mexico and South Africa in October. It brought to the fore some of the seemingly overlooked threats to universities during this time.

The discussions highlighted that universities do more than teach; they contribute to political and civic culture and promote social justice – a role familiar to many South African institutions. The discussion was jointly hosted by the Mexican Studies Centre at Wits, the Wits Institute for Social and Economic Research (WiSER) and the National Autonomous University of Mexico.

Dr Sizwe Mpofu-Walsh, a Postdoctoral Fellow at WiSER, says: “One of the things lost, and which I lament, is that universities in South Africa, historically, have been sites of political contestation and dissent. What we have lost at this moment is the university being a locus of dissent and contestation, and that loss has been important. Political dissent has been redistributed out of the university and that is a threat that we should be cognisant of.”

Participants also raised concerns about the paradox of a technology-driven university: “The university has opened itself and redistributed itself by allowing more voices through digital technologies. At the broader level we may be seeing the redistribution of power towards big tech where the mediation of the university happens now via big tech.

“The university’s power to control its own internal borders is coming under pressure from a far greater source of power and we may be seeing the university retreating in terms of the power it is able to wield in society,” warns Mpofu-Walsh.

Technology might have been seen as an equaliser, but the nature of capital and the desire for profits can possibly undermine this vision and marginalise those with limited financial resources, says Professor Garth Stevens, Dean of the Faculty of Humanities. By 2025, online learning platforms are projected to yield US$350 billion per annum, he adds.

Professor Sarah Nuttall, Director of WiSER, asks of the changing role of the university: “What do the university and the knowledge project become without the communal and spirited life provided by the university corridor? What happens to the stakes of the argument, the terms of disagreement, and the capacity to read nuance when exchanges move to the online terrain?”

The technology-infused corridors in the university village may be shrinking under the new normal.