Walk a mile in his shoes

Nelson Mandela and his colleagues walked a minefield strewn with political, economic and social traps to prevent civil war and set our democratic path.

Mandela’s extraordinary leadership and insistence on reconciliation was crucial in transforming South Africa from a police state into a constitutional democracy. This tends to be taken for granted by his contemporary critics who overlook how fearsome was the power of the apartheid state – and how incredibly difficult it was to win, when the battle was viewed by Western powers through a Cold War prism and the apartheid government professing to be on their side.

The odds were massively stacked against Mandela’s African National Congress (ANC). But since the radiance of his ‘rainbow nation’ shone down upon the world, consigning apartheid to history, South Africa has gone from hero to zero. 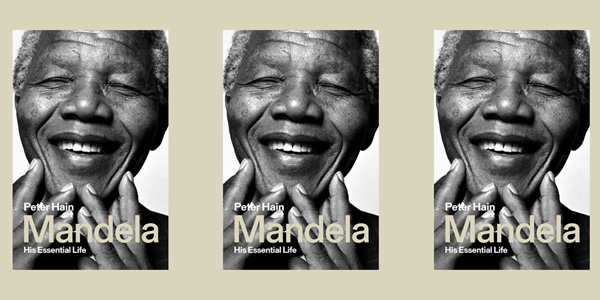 With former President Jacob Zuma and his business crony elite looting the country, international investors turned their backs on a nation they once favoured, and – generations ago – colonially plundered. The South African economy plunged to near junk status. Students erupted and service delivery protesters took to the streets as the gap between rich and poor kept widening.

By the time Mandela died (aged 95) in December 2013, the party’s leadership at all levels was betraying the values and integrity he had epitomised. ANC ‘stalwarts’, like Pravin Gordhan (perhaps the most courageously prominent), struggled to keep his legacy alive. Perhaps longstanding ANC supporters like me expected too much of the ‘rainbow nation’. Perhaps it was naïve to think that – for all its noble history and tradition of moral integrity and constitutionalism – Mandela’s ANC could be immune to human frailty.

Could any political party anywhere (including in rich, old democracies like Britain) have done any better? I served for 12 years in Labour’s social democratic British government, and we found it tough to advance social justice whilst delivering economic success in a world gripped by the inequality-increasing, growth-stifling economics of neoliberalism.

The notion of the ‘Mandela miracle’ engendered myth. The transition from brutal apartheid to rainbow democracy encouraged a tendency to frame the South African story too simplistically. Many never could view post-apartheid South Africa in a nuanced way. It was always going to be a bumpy road because of the terrible apartheid heritage of poverty, inequality and institutionalised racism.

In policy terms, the ANC remained largely true to Mandela’s original values, as exemplified by the National Development Plan 2030 developed under the leadership of Cyril Ramaphosa and former finance minister, Trevor Manuel. Indeed, that programme presents a credible alternative to the global grip of neoliberalism for those seeking a social democratic agenda in a market economy – and none of Mandela’s critics has suggested an alternative capable of delivering under contemporary globalisation.

However, Mandela’s government – anxious to achieve a smooth transition and encourage international investment after efforts to prop up apartheid in its dying years had virtually bankrupted the country – rather too readily embraced elements of the neoliberal global economic order. This is one of the sources of criticism from a younger generation questioning his legacy.

Under apartheid, government and big business were run exclusively by the white minority. When white rule finally ended, the very real fear was that white businesses and investors would flee. Instead, under Mandela’s guidance, a deal was struck and compromises made for the sake of a peaceful and economically stable transition. Thus, a black majority now ran the government but the white minority still ran the economy.

In retrospect, it is hard to see how Mandela could have adopted any other course. Radical change at that time would undoubtedly have triggered a flight of capital, financial calamity, political turmoil and the exodus of key white skills. In 1975, the Portuguese had left Angola and Mozambique overnight, setting an ominous precedent.  There would also have been a serious risk of national (rather than partial) civil war, as those two former Portuguese colonies – their societies torn apart and plagued by landmines, infrastructure destruction and economic chaos – illustrate. They are salutary examples of the consequences of non-negotiated transformations, their societies still struggling and their liberation parties having achieved far less social and economic progress than the ANC, whatever its palpable failures.

Some, like former ANC liberation hero and ANC Minister Ronnie Kasrils, subsequently saw the Mandela-led transformation as ‘the devil’s pact’: a terrible betrayal of the poorest of the poor. But what has never been clear to me is how exactly a more revolutionary alternative could have been successful in the circumstances Mandela faced?

A generation of South Africans sacrificed their lives to overcome apartheid and to generate the Mandela legacy. Tens of thousands suffered imprisonment, torture and exile in the process – my brave parents, I’m proud to say, amongst them. South Africa will not succeed unless the spirit and principles of the Mandela years are reclaimed. Fortunately, Cyril Ramaphosa understands that well, but he has huge mountains to climb and tough battles to fight.