Sustaining a legend through song

The oeuvre symbolising the life of Nelson Mandela is expansive. These are a selection of the most evocative.

Arguably, no other leader in history and human rights has had so many songs of freedom, protest, struggle, liberation, love and admiration composed in their name. 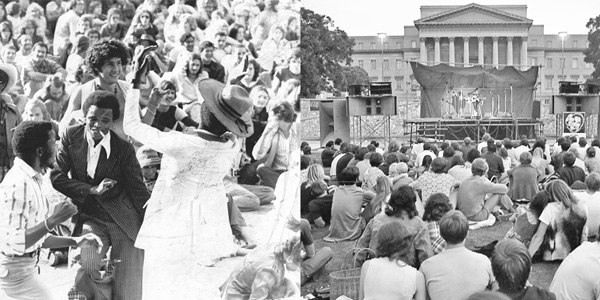 Firstly, the Free Nelson Mandela Music Festival Concert held at Wembley, England, on 11 June 1988 for Mandela’s 70th birthday. In the foreword of this concert book, Winnie Madikizela-Mandela, writes, “June 11, 1988 is a date which will be written indelibly into the history of our freedom struggle. The great gathering in Wembley Stadium of artists from all over the world to pay tribute to our cause was a source of great inspiration to all our people.” Mandela was still in prison at the time.

Secondly, the 46664: The Event at Green Point Stadium in Cape Town, South Africa in 2003. This time, Mandela was there in person to host this triumphant African musical extravaganza. These songs, despite being in Mandela’s name, are the songs of the people of South Africa, Africa, and for the global community of international solidarity. Mandela’s struggle, from his birth in 1918 – eight  years after the establishment of the Union of South Africa in 1910, and six years after the formation of the ANC – through his inauguration as the first African president of South Africa on 10 May 1994, symbolises not only the Africans’ struggle for freedom and liberation, but also for humanity.

The Mandela name was kept alive in South Africa’s townships and rural areas and in Africa through song, particularly after the apartheid government banned his image and name in any media after he was sentenced to life imprisonment on Robben Island in June 1964 after the Rivonia Trial.

“Mandela’s cause was the people’s cause”, commented eminent South African jazz musician Jonas Gwangwa in the 2013 documentary, Music for Mandela by Canadian filmmaker, Jason Bourque.

Similarly, Hugh Masekela, “the father of South African jazz”, said, “Song is the literature of South Africa”. Without these songs, the majority of which focused on Mandela, we cannot narrate our history.

Arguably two of the most famous South African recorded songs about Mandela are by South Africans. These are Brenda Fassie’s Black President (1990) and Johnny Clegg’s Asimbonanga (1987): 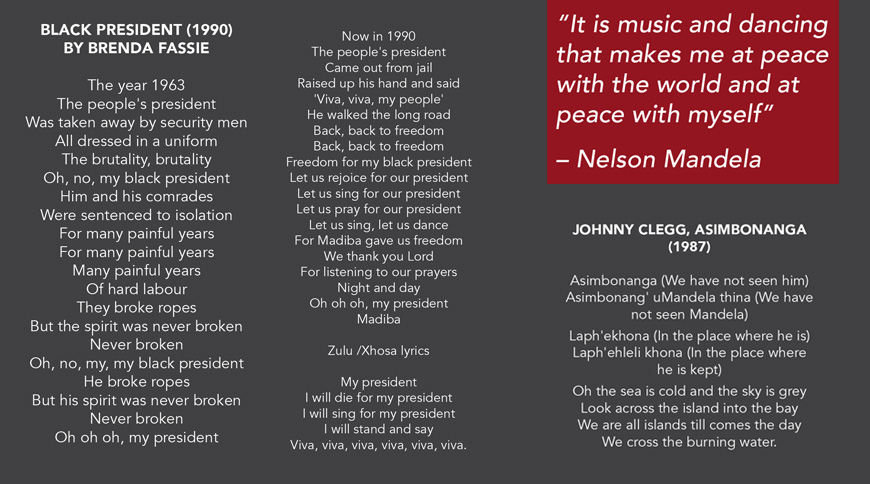 The apartheid government banned Asimbonanga. Twenty-five years later, Clegg, the “white Zulu” of South African music, received the Order of Ikhamanga from former president Jacob Zuma on 27 April 2012 for his musical contributions during the struggle.