Before Mandela’s incarceration and throughout it, Madikizela-Mandela waged her own war against apartheid and patriarchy. The couple divorced on 19 March 1996 after 38 years but the Mother of the Nation was much, much more than the former president’s wife.

No other woman – in life and after – occupies the place that Winnie Madikizela-Mandela does in South African politics. A stalwart of the African National Congress (ANC), she nevertheless stands above, and at times outside, the party. Her iconic status transcends political parties and geographical boundaries, generations and genders. 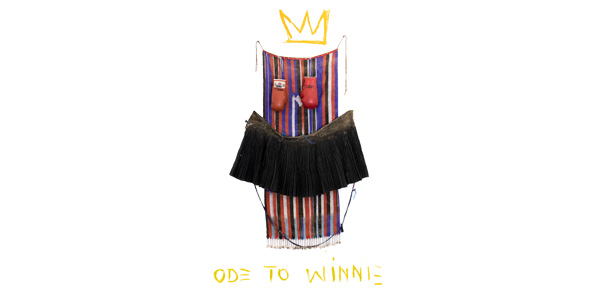 In her particular life, we may see more clearly the violence wrought by colonialism and apartheid, the profound consequences of fraternal political movements to whom women were primarily ornamental.

Her political power stemmed from the visceral connection that she was able to make between the everyday lives of black people in a racist state, and her own individual life.

Fearless in the face of torture, imprisonment, banishment and betrayal, she stood firm in her conviction that apartheid could be brought down. She said what she liked, and bore the consequences. Her very life was a form of bearing witness to the brutality of the system.

Many obituaries will outline the broad sweep of her life; few will mark the extent to which her revolutionary ideas were shaped before she even met Nelson Mandela. To most of her social circle in the 1950s, for a long time into the 1980s, and certainly for Nelson Mandela’s biographers, Madikizela-Mandela was a young rural naïf who charmed the most eligible (married) man in town.

This way of seeing her as primarily beautiful, and not as an emerging political figure, has coloured both contemporaneous accounts of Madikizela-Mandela (for she was surely too young and beautiful to have a serious political idea) as well as scholarly accounts of the period (which focused on the thoughts and actions of men).

This misrecognition resonated in the ANC, which had no way of accommodating Madikizela-Mandela’s political qualities other than by casting her in the familiar tropes of wife and mother.

Astutely, she embraced the role of mother and wife of a political leader and fashioned it into a platform for her own variant of radicalism, drawing on recent memories of the forcible dispossession of land and its impact on the Eastern Cape peasantry, and black consciousness.

She kept those traditions alive in the ANC, especially in the everyday politics of the townships, when the leadership of the party was crafting new forms of non-racialism and at times vilifying black consciousness. Even though she was not part of the inner circle of the black consciousness movement, being older than the students leading it at its height, she was an ally in words and spirit.

In the tumult after the 1976 uprising, she built a bridge between different political factions. In the early 1990s, when Nelson Mandela was urging armed youths to give up violent strategies, it was Madikizela-Mandela they called on (along with the then leader of the South African Communist Party Chris Hani) to defend their change in tactics.

She played a similar role in brokering between moderates and radicals in the ANC and its breakaways up until her death. This was a form of gendered politics made possible by her status as mother of the nation, uniting warring sons and holding together her political family, even if peace was maintained only in her presence.

Winnie Madikizela was born in a rural Eastern Cape village called Bizana in September 1936. Her parents, Columbus and Gertrude, were teachers and her childhood was marked by the stern Methodism of her mother and the radical Africanist orientation of her father. Rural life, with its entrenched gender roles, shaped her childhood. Not only was she aware of her mother’s desire to bear another son, but she and her sisters were expected to care for their male siblings.

She was barely eight when her mother died months after giving birth to Winnie’s brother. Her childhood was cut short, and she had to leave school for six months to work in the fields and to carry out, with her sisters, all the daily chores of the household, from preparing food to cleaning. In her large and rambunctious family in which her parents upheld discipline with physical punishment, she learned to defend herself with her fists, when necessary.

Her rural background made her aware of land dispossession as a central question of freedom. By her own account, she learnt about the racialised system of power early in her life. She was to retain the theme of land dispossession by colonialism throughout her political career. Associated with this was the idea that race was central to colonialism. Taught by her grandmother that the source of black suffering was white power, her framing of politics was defined completely by the ways in which her family understood the relations of colonialism, and by their personal experiences of humiliation.

After six short years together, Madikizela-Mandela’s husband, Nelson, was sentenced to life imprisonment. By this stage, she too was inextricably involved in the national liberation movement, politics with single parenting. She was attuned to the mood of the people, and was more of an empathic leader than a theorist or tactician.

Madikizela-Mandelas joined the ANC Women’s League and the Federation of South African Women, and participated in several campaigns. She was militant to the core. On one occasion, when a policeman arrived at her house with a summons and dared to pull her arm, she assaulted him and had to defend herself in court for the action.

She was far from being a bystander, or a passive wife patiently waiting for her husband’s release from prison. In her autobiography, Madikizela-Mandela credits several other women for influencing her politically. Among these were Lilian Ngoyi, Florence Matomela, Frances Baard and Kate Molale, all leaders of the Federation. For her, they were the “top of the ANC hierarchy” although at the time no women were in fact in any formal leadership positions in the ANC. The ANC only allowed women to become full members in 1943, and during the 1950s, women were locked in an intense battle for recognition within the movement.

Gender was her political resource, enabling her to draw on effective qualities to form political communities and providing a mode in which she could enter into the lives of people in the townships. She embraced the role of mother and wife of a political leader and fashioned it into a platform from which she challenged the apartheid state.

The ANC could barely contain the nature of leadership that Winnie represented. Like many women in the movement, she was marginalised from its powerful decision making structures. Unlike male leaders, her personal life was constantly under the spotlight (no doubt aided by a zealous security machinery that kept her under constant surveillance), and she was judged harshly and unfairly for her private choices. Although she was a masterful player of the familial categories of wife and mother, she felt reduced by them too.

Commentators like to use words such as "maverick" and "wayward" to describe her, but these tendencies developed because the regular structures of the ANC could not easily accommodate a powerful woman with a radical voice. Stepping outside the agreed parameters of the official party line, as she frequently did, was a form of asserting her independence, a form of refusal of the terms of political cadreship that were available to women in the ANC and in society more generally.

The endless stream of photographs that picture her in romantic embrace with Nelson Mandela, even now in her death, and despite their divorce, miss this fundamental point: the marriage was only a small part of her life, not its definitive point. To present her simply as wife, mostly as mother, is to erase the many struggles she waged to be defined in her own terms.