Humans living in South Africa in the Middle Stone Age used these techniques to vastly improve their living conditions during the era.

According to a new study published in the open-access journal PLOS ONE, humans living in South Africa in the Middle Stone Age after 65,000 years ago deliberately heated silcrete, a hard, fine-grained, local rock used in stone tool manufacture, so that they could more easily obtain blades from the core material.

These blades were then crescent shaped and glued into arrow heads. This era, known as the Howiesons Poort, has produced the first known evidence for the use of the bow and arrow.

“This is the first time anywhere that bows and arrows were used. This would have had a major effect on hunting practices as both spears and bow and arrow could be used to hunt animals,” says Professor Christopher Henshilwood.

Henshilwood holds a 15 year South Africa NRF-funded Research Chair and Distinguished Professorship within the DST-NRF Centre of Excellence for Palaeosciences at Wits University, is A-rated by the National Research Foundation and is a Professor of African Prehistory in the Archaeology, History, Culture and Religion Institute at the University of Bergen, Norway. He was recently named among the world's most Highly Cited Researchers in Thomson Reuters' annual list recognising leading scientists in their fields.

He is among the co-authors of the study of whom some are affiliated with the DST-NRF Centre of Excellence for Palaeosciences, the School of Geography, Archaeology and Environmental Studies, and the Evolutionary Studies Institute – all at Wits University; as well with the University of Bergen (UiB) in Norway.

Henshilwood is also the leader of the proposed Centre for Early Human Behaviour, which is in the final round for status as a Norwegian Centre of Excellence (SFF). 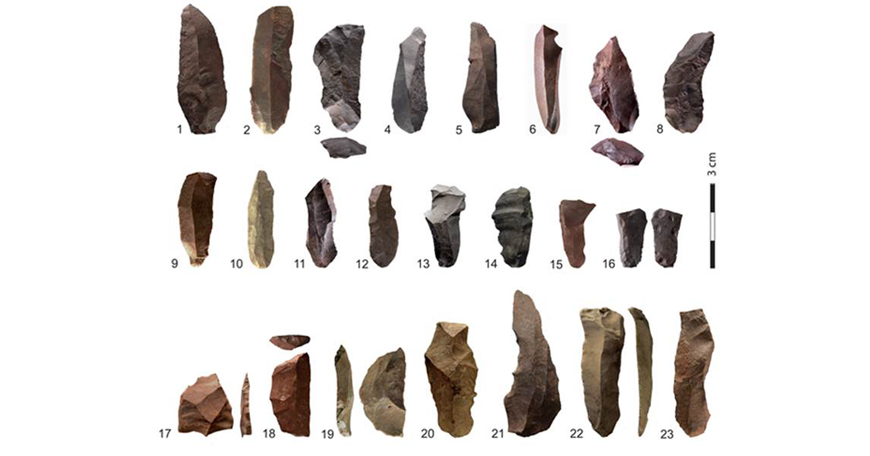 The heat treatment enabled early humans to produce tougher, harder tools – the first evidence of a transformative technology. However, the exact role of this important development in the Middle Stone Age technological repertoire was not previously clear.

The paper, titled: Early Evidence for the Extensive Heat Treatment of Silcrete in the Howiesons Poort at Klipdrift Shelter (Layer PBD, 65 ka), South Africa was published in PLOS ONE on 19 October 2016. The lead author is Anne Delagnes from PACEA, CNRS at the University of Bordeaux in France.

Read more about the research