Habib to join the School of Oriental and African Studies in London, UK, from 1 January 2021.

Professor Adam Habib, the Vice-Chancellor and Principal of the University of the Witwatersrand, has resigned and will leave the University at the end of December 2020. He has accepted an offer to serve as the Director of the School of Oriental and African Studies (SOAS) based in London as from 1 January 2021.

“I was approached to apply for the SOAS position at the end of last year. I threw my hat into the ring and was surprised when they offered me the post. After much deliberation with my family and considerable engagement with the Wits Council and the Executive, I have agreed to accept the offer. My decision was not made lightly – I am a proud leader and champion of Wits University and South Africa, and will continue to fly these flags high,” says Habib, who has served at the helm of Wits for the past seven years. “I have committed to strengthening ties between the South African and UK higher education sectors in my new role.” [Professor Adam Habib’s full statement follows below.]

Habib implemented the Wits 2022 strategy. Under his leadership, Wits has exceeded in all indicators – Wits’ research output has increased by more than 60% (in quality, international journals), throughput rates are up (more students are passing) and a record number of students have graduated in recent years. Wits University’s Tshimologong Digital Innovation Precinct has also flourished under his leadership, Wits’ finances are stable and it has strong, independent governance structures in place.

“Wits has recorded significant achievements in the last seven years,” adds Habib. “In 2019 we graduated over 9 500 students, the most in the University’s history. In line with the Wits’ aim of becoming an increasingly postgraduate university, we enrolled 15 000 postgraduate students last year. Our research outputs have increased from 1 200 units in 2013 to just under 2 000 in 2020, without compromising on quality – about 90% of our papers are published in peer-reviewed international journals – these are phenomenal achievements for any university, and I will leave Wits in a strong position.”

Mr Isaac Shongwe, the Chairperson of Wits University’s Council adds: “Please join me in congratulating Professor Adam Habib on his appointment. He is a dynamic leader, who has without a doubt made a significant contribution to Wits and the higher education sector, both locally and abroad. His fearless, forthright commentary and his general robustness has left our University, and South Africa, a richer intellectual space, for which we are grateful.” [Mr Isaac Shongwe’s full statement follows below.]

Professor Habib has committed to continue to serve Wits until all the necessary succession plans and processes are put in place. The Chancellor, Dr Judy Dlamini, members of the University’s Council and members of the Senior Executive Team are already working together to ensure that all the processes to appoint a suitable successor are in place.

“Wits has an impressive executive team, who are increasingly sought after to lead other universities in the higher education sector. Almost a third of all public universities in South Africa are led by Witsies, and we are confident that a suitable successor will be appointed. We will, of course, continue to develop strong leaders for all sectors of society,” concludes Shongwe.

Message from Professor Adam Habib to the University community: 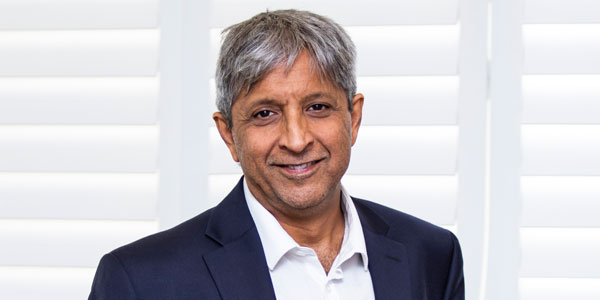 This is one of the most difficult letters that I have had to write in my seven years at Wits.

Late last year, I was approached by the School of Oriental and African Studies (SOAS) in London to apply for the position of Director, and was subsequently offered the job. Following a lengthy internal reflection, intense deliberations with my family, and robust discussions with the Wits executive team and Council members, I have decided to accept the offer – I will take up the new position in January 2021.

By the end of 2020, I would have spent about eight years at Wits, and I would have loved to lead Wits to its centenary in 2022. However, this opportunity has emerged and I am not sure that another one will be available in the near future. I will continue to work with our executive team throughout this year to consolidate our institutional agenda both at the level of our centenary campaign and our national and global partnerships, including the ARUA network. This will provide the Council with the opportunity to initiate a process to choose a new vice-chancellor, and enable us to undertake a handover so that our agenda to build a research-intensive university is not in any way compromised. I commit, with the Chairperson of Council, Mr Isaac Shongwe, to keep you updated on matters related to my departure and the future management and leadership of the University.

It has truly been an honour to lead this University, and it has not always been an easy job. We have lived through some tumultuous times, where politicians and activists have threatened, and sometimes destroyed public institutions, either because of greed and/or misguided political adventurism. We, as Wits, would not have survived these times without the collective voice of the Senate, Council, researchers, academics and the University community being heard at crucial moments. I have said this before and I say again, I lead at the behest of the academy. Throughout my tenure, academics, Senate and Council have provided wise counsel and support without which we would not have been able to survive institutionally. I thank you for these years of support.

Our achievements have been significant in the last seven years. In 2013, we graduated 7 000 students; by 2019, this had jumped to over 9 500. In 2013, we enrolled 9 800 postgraduate students. By 2019, we enrolled 15 000 students. Our research has increased from 1 200 units in 2013 to just under 2 000 in 2020. As a result of these academic successes, our budgeted income has increased from R2.4 billion in 2013 to R4 billion in 2018, some R500 million per annum above our research peers. This has allowed us to make investments in the academic programme by more than 14% per annum, social investments in professional and support staff by a similar 14%, and a financial investment approximating 24% in student support. All of this has happened while we have built on earlier successes to establish a student community that is both diverse and cosmopolitan, and an academy in which black academics now constitute a small majority. We have also made significant strides in refashioning our neighbourhood so that our students and staff can study, live and experience a vibrant social life. We have demonstrated in practice that it is possible both to transform, and to advance excellence.

I cannot claim that we have made the politicians and political activists happy. However, in the indicators that matter - research, teaching, financial sustainability, transformation - we have done well as a result of the collective endeavours of all. But, there is still much to do.

The Wits project is also a global project and we have demonstrated this well over the past few years through our research and partnerships. Our world and the global academy are unequal and as long as this is the case, our collective future as a society remains in peril. All our contemporary challenges - inequality, poverty, climate change, renewable energy, clean water, public health, political and social polarisation - are transnational in character and require quality science and an understanding of local contexts to be addressed. This necessitates a global alliance of universities and researchers to address the challenges of our time. Africa therefore requires its research universities to play a major role in searching for contextually relevant solutions, and Wits is perhaps its most preeminent research institution. It is important for the nation, the continent and our world that our research character, our postgraduate focus and our teaching excellence are consolidated as we build towards a global academy of commons.

There is no better group of individuals to lead our institutional agenda than the executive management team at Wits. I can say without doubt that this is the strongest and most resilient executive team in the country. Even after contributing to the leadership of other institutions, the Wits executive remains the best collective in the country. It has been an honour to serve with them and I look forward to doing so for the remainder of this year. I also know that I will leave this University in the best hands.

Thank you again for the collective support that you have provided throughout my tenure.

Forever in your service.

Message from Mr Isaac Shongwe to the University community:

Please join me in congratulating Professor Adam Habib, our current Vice-chancellor and Principal, on his appointment as the incumbent Director of the School of Oriental and African Studies in London. He will take up this new post from 1 January 2021.

Professor Habib is a dynamic leader, who has without a doubt made a significant contribution to Wits and the higher education sector, both locally and abroad. His fearless, forthright commentary and his general robustness has left our University, and South Africa, a richer intellectual space, for which we are grateful. He, together with the Wits community, delivered on the majority of the targets set out in the Wits 2022 strategy – it is therefore unfortunate that Professor Habib will not not be here to lead Wits as it approaches its centenary year. His departure is an intellectual loss to the University, the higher education sector, the country and the continent. However, Professor Habib has agreed to retain links with Wits, and to strengthen South African-UK higher education partnerships in his new position.

Under his leadership and that of the Senior Executive Team, Wits has grown from strength to strength over the past seven years, and I am confident that it will continue on this trajectory in the years to come.

There will be plenty of time to bid farewell and to list the numerous successes achieved under Professor Habib’s leadership over the past seven years. In the interim, Professor Habib has committed to continue to serve Wits until the end of the year, until all the necessary succession plans and processes are in place.

The Chancellor, Dr Judy Dlamini, members of the University’s Council and members of the Senior Executive Team are working together to ensure that the processes to appoint a suitable successor are in order.

I look forward to engaging with various constituencies on this matter in the coming months and I will keep you abreast of developments as they occur.