Edward Webster was born on 29 March 1942 and matriculated at Selborne College, East London. He has a BA Hons and University Education Diploma from Rhodes University, an MA in Politics, Philosophy and Economics from Oxford University, England, BPhil from York University England and PhD from University of the Witwatersrand.

He was founder of the Society, Work and Development Institute (SWOP), at the University of the Witwatersrand for which he directed for twenty-four years. Currently, he is based at the University’s Southern Centre for Inequality Studies as its Distinguished Research Professor.

He is recognized locally and internationally for his significant contribution to scholarship, especially in the field of Industrial Sociology. His Cast in a Racial Mould (1985), showing how the labour movement in South Africa was shaped by changes in the labour process, remains a classic.

More recently his book with Rob Lambert and Andries Bezuidenhout Grounding Globalization: Labor in the Age of Insecurity was awarded the prestigious American Sociological Association award for the best scholarly monograph published on labour in 2008. He is the author of seven books, hundreds of articles, as well as numerous research reports.

He pioneered the academic study of the sociology of work and labour in South Africa. As Head of the Department of Sociology at Wits University for ten years (1988- 1995; 2000-2002) he focused on transformation of the curriculum and staff development (particularly of young, African scholars). Webster transformed it into the leading department of sociology in Africa. He introduced an MA by course work and an Honours programme in Industrial Sociology which has produced many of the key industrial relations scholars and actors in South Africa.

He also developed the discipline of Sociology through his active membership in the South African Sociological Association (SASA) of which he was President for two years. Through the creation of working groups on the public issues of the time, such as education, labour, gender, militarization and the state, he gave the association new energy and direction.

Professor Webster was active in attempts at transformation of the university since his appointment in January 1976. He led the historic research report by Wits Academics in 1986, Perspectives of Wits, which was aimed at changing the university from a bastion of white privilege to a more open and inclusive institution that would produce a new generation of black sociologists committed to serving society. He served as Senate representative on the University Council for eight years and contributed to the resolution of many highly contentious issues and debates.

In 2008, SWOP was recognized as a strategic area of Wits University’s research and granted Institute status. SWOP is globally recognized as a model of what has been termed “Public Sociology” (Burawoy, 1991) which seeks to broaden public dialogue. The SWOP breakfast seminars reporting on completed scholarly research have become widely known for their capacity to attract a diverse audience including many members of the public, ranging from corporate executives to trade unionists. Working with a wide range of different research partners, Webster has held fast to his commitment to what he called ‘critical engagement’. He established an ambitious research programme to train young students, attaching them to research projects on the transition to democracy.

An internationally recognized sociologist, Professor Webster was rated in 2004 as the top sociologist in South Africa by the National Research Foundation (NRF) for his scholarly work. He has connections to several research institutes locally and around the world.

He is a Visiting Professor at the Institute of Social and Economic Research (ISER) at Rhodes University. In 2015 he was a fellow at the Stellenbosch Institute of Advanced Studies (STIAS) . In 2014, he was appointed a fellow at the Institute of Sociology, Friedrich-Schiller University, Jena, Germany. Professor Webster was the first Ela Bhatt Visiting Professor of Development and Decent Work at the International Centre for Development and Decent Work (ICDD) at Kassel University, Germany in 2009–2010. He was a Senior Fulbright Scholar at the University of Wisconsin, Madison in 1995–1996.

Webster is on the International Advisory Board of the Economic and Labour Relations Review, Labour, Capital and Society, Work, Employment and Society, Social Forces, and the Labour Studies Journal. He was founder and Editor-in Chief of the Global Labour Journal, a joint venture of Wits University and Mc Master University in Canada. He was also President of the Research Committee on Labour Movements of the International Sociological Association 2002–2006.

He was founder and Chair of the Global Labour University at the University of the Witwatersrand 2006–2009, a global initiative by the International Labour Organization (ILO) that connects universities in Germany, India, South Africa, the United States and Brazil. He currently teaches in the GLU’s Engage South Africa short course.

He was a Founder Member in 1974 of the South African Labour Bulletin, South Africa’s premier journal of labour, and continues as an honorary board member. He co-founded the first workers’ college in South Africa, the Institute for Industrial Education (IIE) in 1973. He was a Non-executive Director of the Development Bank of Southern Africa (DBSA), a Board Member of the following: Chris Hani Institute CHI), the Labour Job Creation Trust, the Human Science Research Council (HSRC) and the Human Resources Development Council of South Africa (HRDC).

His scholarly contributions, commitment and advancement of democracy through labour activism continues to nurture several generations of leading labour scholars and activists. He has been awarded honorary doctorates by Rhodes University and the University of Witwatersrand for his contribution to the development of sociology and the application of sociology to the resolution of social problems in South Africa.

Hansjörg Herr is emeritus professor of economics at the Berlin School of Economics and Law, University of Applied Sciences (HWR). Hansjörg’s research focuses include areas such as development economics, poverty reduction and trade, and macroeconomics, especially monetary fiscal and employment. His work also includes theoretical issues relating to wage policy and minimum wages, in particular policy related questions from a Keynesian perspective. He has professional experience with the People’s Bank of China, the German Bundesbank, International Labour Organisation and several German foundations.

Professor Herr was born in Freiburg, Germany. He studied economics and pedagogy at the Free University Berlin and got his PhD in Economics in 1986. In 1991 he obtained his postdoctoral lecturing qualification and since 1994 has been a Professor at Berlin School of Economics.

His research, teaching and extensive published work focuses on the areas mentioned above. He was teaching in many universities around the world, among them India, China and South Africa.

Professor Herr was a founder of the Global Labour University and since 2013 has lectured the Global Finance and Wage Policy module for the GLU’s Engage South Africa course.

Dinga Sikwebu has been an activist in and for the working class since 1976, when he took part in the student uprising which engulfed South Africa. Since 1980, he has worked as a trade unionist, first joining a British multinational corporation, Metal Box.

He has been associated with the labour movement as a member, shop-floor activist, researcher, educator, campaigner and official. In 1995 he joined the National Union of Metalworkers of South Africa (Numsa), where until recently he was head of the union’s education department. He has led the union’s project “Regaining Workplace Power”, located in Numsa’s research department and was seconded by the union as Coordinator of the United Front - a coalition that brings together unions and community/social movements. Before the secondment, Dinga was responsible for coordination of shopsteward training; political education; production of internal education material; leadership and staff development within the union.

Dinga is interested in and has written and published widely on organised labour in South Africa and internationally. He has also focused on the role that the labour movement can play in the fight against inequality, union and worker shareholder activism and on ways to deal with inequality.

Since 2015, Dinga Sikwebu has contributed to the GLU South Africa programme by teaching in both its Engage South Africa and Social Theory for South African Trade Unionists courses. His courses focus on locating the labour movement in current labour market and political economy contexts, exposing participants and students to new ways or working class organising and activism.

He has also, until recently, been Co-director for Programmes at the Tshisimani Centre for Activist Education. He is currently a Visiting Researcher for Wits University’s Southern Centre for Inequality Studies. 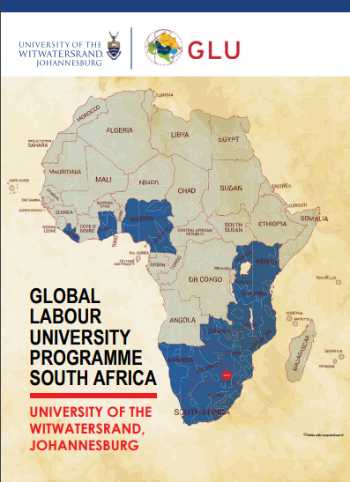 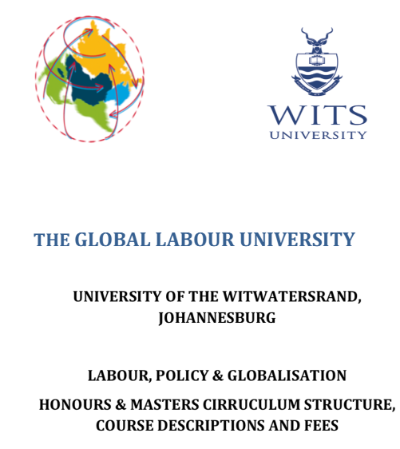 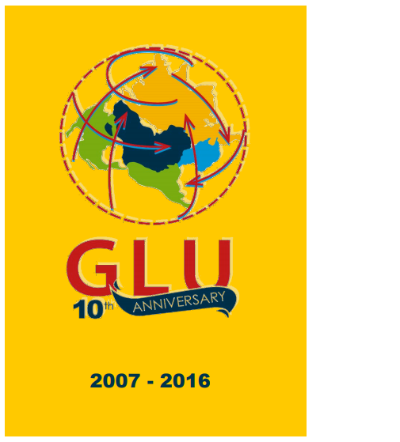