US-based biotech firm, Novavax, Inc. announced this week that enrolment in the Phase3b efficacy trial in SA is completed. 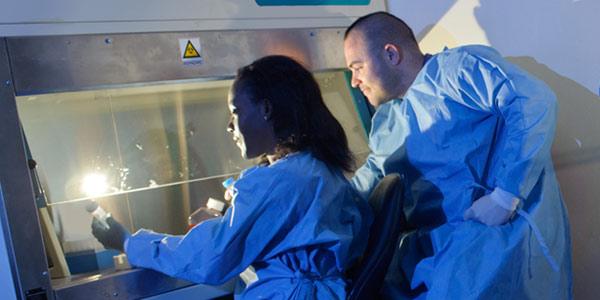 Scientists at Wits University are encouraged by results announced today by colleagues at the University of Oxford in collaboration with AstraZeneca.

Wits University will pause the Covid-19 vaccine trial it is running with the University of Oxford following a medical event in a volunteer in the UK.

Wits is the lead institution in South Africa for a second Covid-19 vaccine trial and will begin screening participants for the NVX-CoV2373 trial today.

Senior clinicians in the Faculty of Health Sciences at Wits University have volunteered to participate in South Africa’s first Covid-19 vaccine trial. 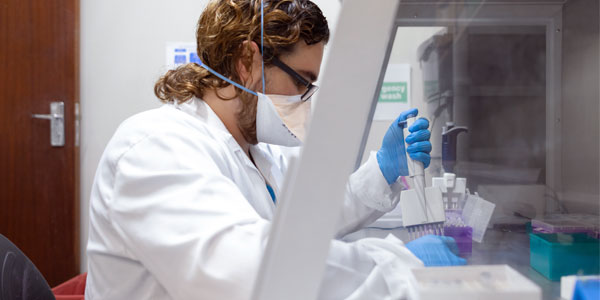 COVID-19 vaccine trial in South Africa: everything you need to know

Not enough clinical research is being done in Africa. This has repercussions for when interventions become available and effective in high income countries. 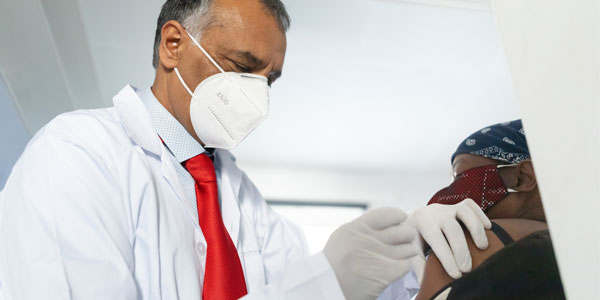 The first participants in South Africa's first clinical trial for a vaccine against Covid-19 will be vaccinated this week.

US-based biotech firm, Novavax, Inc. announced this week that enrolment in the Phase3b efficacy trial in SA is completed.

Enrolment in the Phase 3 trial in the UK is also completed with US/Mexico Phase 3 pending.

“The Phase 2b trial taking place in South Africa to evaluate safety and provide an early indication of efficacy is now fully enrolled. A total of 4,422 volunteers are taking part in the trial, which includes 245 medically stable, HIV-positive participants,” says Madhi.

This trial is expected to increase the body of efficacy data of NVX-CoV2373 in racially and geographically diverse populations as well as in older adults. As in the U.K., availability of efficacy data depends on the illness rate in South Africa and may be available as soon as the first quarter 2021.

The trial is funded in part by the Bill & Melinda Gates Foundation. The Coalition for Epidemic Preparedness Innovations (CEPI) funded the manufacturing of doses of NVX-CoV2373 for this Phase 2b clinical trial.

Stanley C. Erick, President and Chief Executive Officer, Novavax, said: “Novavax is in a leading position to significantly contribute to the need for safe and efficacious vaccines that will ultimately end the worldwide Covid-19 pandemic. We continue to make meaningful progress as we work to test, manufacture and ultimately deliver NVX-CoV2373 with unprecedented speed, as well as put partnerships in place that would ensure widespread and equitable access worldwide.”

South Africa is one of two of the three planned late-stage efficacy trials for NVX-CoV2373 sponsored by Novavax now fully enrolled, and more than 20,000 participants have been dosed to-date. The primary efficacy endpoints for these trials have been harmonized and reviewed by global regulatory agencies in order to facilitate regulatory approval and ensure that the results are generalizable across global populations.

In alignment with Novavax’ commitment to transparency, Phase 3 clinical trial protocols are posted to the company’s website at Novavax.com/resources upon finalization. Similarly, Wits University provides updates of Covid-19 vaccine trials it leads at https://www.wits.ac.za/covid19vaccine/

Novavax completed enrolment of 15,000 participants in a pivotal Phase 3 clinical trial being conducted in the U.K. to determine efficacy and safety of NVX-CoV2373. The U.K. Vaccines Taskforce and National Institute for Health Research played pivotal roles in the rapid recruitment and enrolment of volunteers.

Interim data in this event-driven trial are expected as soon as early first quarter 2021, although the timing depends on the overall COVID-19 rate in the region. These data are expected to serve as the basis for licensure application in the U.K., European Union and other countries. More than 25 percent of those enrolled in the trial are over the age of 65, while a large proportion of volunteers had underlying co-morbid medical conditions generally representative of the population.

Novavax expects its pivotal Phase 3 clinical trial in the United States and Mexico to begin in the coming weeks. More than 100 trial sites have been selected with some alternate sites in place, should they be needed.  Preliminary blinded data on NVX-CoV2373 in older adults needed to proceed to Phase 3 has previously been positively reviewed by the Food and Drug Administration (FDA). Additional clinical data from the Phase 2 trial conducted in the U.S. and Australia are expected to be unblinded in Q1 and will be targeted for publication.  Novavax will use vaccine material produced at commercial scale for this trial. Therefore, the Company has been working closely with the FDA to complete trial-initiation gating activities related to its commercial-scale production at FUJIFILM Diosynth Biotechnologies in Research Triangle Park, North Carolina.  Novavax was awarded $1.6 billion in funding from the U.S. government to meet its Operation Warp Speed goals to expedite the delivery of millions of doses of safe, effective vaccines for COVID-19. The award is funding the U.S. and Mexico pivotal Phase 3 trial and manufacturing scale-up.

NVX-CoV2373 is a protein-based vaccine candidate engineered from the genetic sequence of SARS-CoV-2, the virus that causes COVID-19 disease. NVX-CoV2373 was created using Novavax’ recombinant nanoparticle technology to generate antigen derived from the coronavirus spike (S) protein adjuvanted with Novavax’ patented saponin-based Matrix-M™ to enhance the immune response and stimulate high levels of neutralizing antibodies. NVX-CoV2373 contains purified protein antigen and can neither replicate, nor can it cause COVID-19.

NVX-CoV2373 is being evaluated in a Phase 3 trial in the U.K. and two ongoing Phase 2 studies that began in August: a Phase 2b trial in South Africa, and a Phase 1/2 continuation in the U.S. and Australia.

Novavax has secured $2 billion in funding for its global coronavirus vaccine programme, including up to $399 million in funding from the Coalition for Epidemic Preparedness Innovations (CEPI) and more than $1.6 billion from the U.S. Government’s Operation Warp Speed programme.

How will poorer countries get a fair shot?

Even before the world has found a COVID-19 vaccine, rich countries have staked their claim to the first doses. Read the full article here.