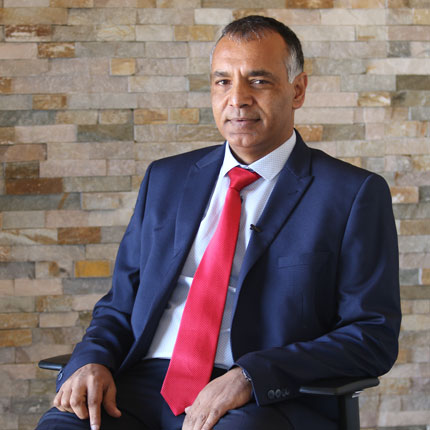 A National Research Foundation A-rated scientist, Shabir A. Madhi is a Professor of Vaccinology in the School of Pathology at the University of the Witwatersrand and Director of the world-renowned Medical Research Council Vaccines and Infectious Diseases Analytics Research Unit (VIDA). Madhi is the National Research Foundation/Department of Science and Innovation SARChI Chair in Vaccine Preventable Diseases and he is Co-Director of African Leadership in Vaccinology Expertise (ALIVE). He chairs the National Advisory Group on Immunization in South Africa. Madhi was formerly President of the World Society of Infectious Diseases and he is the immediate past Executive Director of South Africa’s National Institute of Communicable Diseases. As a trained paediatrician, Madhi’s research has focused on the epidemiology and clinical development of vaccines against pneumonia and diarrhoeal disease. These studies have informed World Health Organization recommendations on the use of the lifesaving pneumococcal conjugate vaccine and rotavirus vaccine in children; and influenza vaccination of pregnant women. In 2016, Madhi received the European and Developing Countries Clinical Trial Partnership Award for Scientific Leadership and in 2013 the Medical Research Council Lifetime Award Platinum Medal, amongst other accolades. In January 2021, Madhi takes up the position of Dean of the Faculty of Health Sciences at the Wits University. His qualifications include MBBCh (Wits), MMed (Wits), FCPaeds(SA), Ph.D. 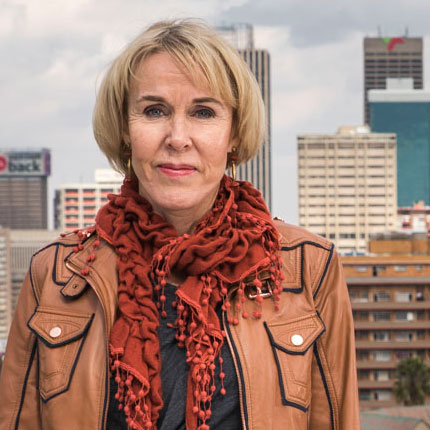 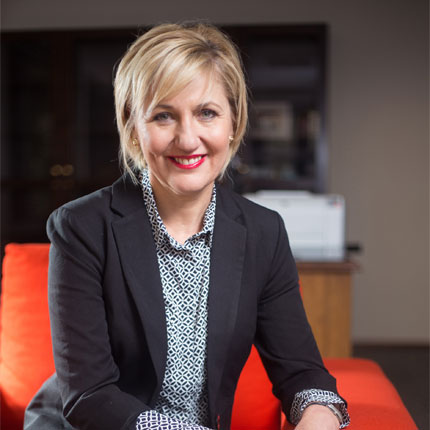 Professor Glenda Gray is the first female President and CEO of the South African Medical Research Council (SAMRC). She is the Chair of the Research Committee on Covid-19, bringing together scientific evidence and experience to the Minister of Health and the National Coronavirus Command Council. Gray spearheads the SAMRC funding broadly and for Covid-19. In her first five-year tenure at the helm of the SAMRC, the organisation experienced five consecutive clean audits; transformed grant-funding initiatives that significantly improved funding for young scientists, black African scientists and women; and established key collaborations and partnerships that will significantly advance scientific research. Gray studied medicine and paediatrics at Wits University where she remains a Full Professor: Research in the School of Clinical Medicine. A National Research Foundation A1-rated scientist, Gray is world-renowned for her research in HIV vaccines and interventions to prevent mother to child transmission of HIV. She co-founded and led, with James McIntyre, the globally eminent Perinatal HIV Research Unit at Chris Hani Baragwanath Hospital in Soweto. For this work, she and McIntyre received the Nelson Mandela Health and Human Rights Award in 2002. She is co-Principal Investigator of the National Institutes of Health-funded HIV Vaccine Trials Network (HVTN) and directs the programme in Africa. Amongst many others, Gray’s accolades include the Hero of Medicine Award from the International Association of Physicians in AIDS Care, and the Outstanding Africa Scientist Award from the European and Developing Countries Clinical Trials Partnership. Forbes named Gray one of Africa’s 50 Most Powerful Women and TIME as one of the world’s 100 Most Influential people. In 2013, Gray was awarded South Africa’s highest honour, the Order of Mapungubwe. Her qualifications include MBBCh (Wits), FCPaeds (SA), DSc (honoris causa Simon Fraser University), DSc (honoris causa Stellenbosch University), and LLD (honoris causa Rhodes University).

Johnny Mahlangu is a full Professor in Haematology and Head of School of Pathology in the Faculty of Health Sciences of the University of the Witwatersrand and the National Health Laboratory Service. He is also a Consultant Clinical Haematologist in charge of Haematology at the Charlotte Maxeke Johannesburg Academic Hospital and Director of the International Haemophilia Training Centre in Johannesburg. Mahlangu received his undergraduate and postgraduate training in science and medicine at the University of the Witwatersrand with haematology specialist and clinical haematology sub-specialist qualifications through the Colleges of Medicine of South Africa. He has published over 130 peer-reviewed journal articles and presented over 400 abstracts, plenaries and key-note addresses at national and international meetings. His main area of research is novel therapies in bleeding disorders in which he has served as Principal Investigator for over 85 international multicentre studies. Mahlangu is the current President of the College of Pathologists in South Africa, Chair of the Board of the South African Medical Research Council, and Chair of the International Society on Haemostasis and thrombosis scientific and standardization Committee on Factor VIII, FIX and rare bleeding disorders. He is a recipient of many awards including the American Society of Haematology Global Capacity Building award (2019), the Publons Top 1% Cross-Field Reviewer Award (2019), the Wits Vice-chancellor Academic Citizenship Award (2018) and the Novo Nordisk Haemophilia Foundation International Haemophilia Community Award (2018). 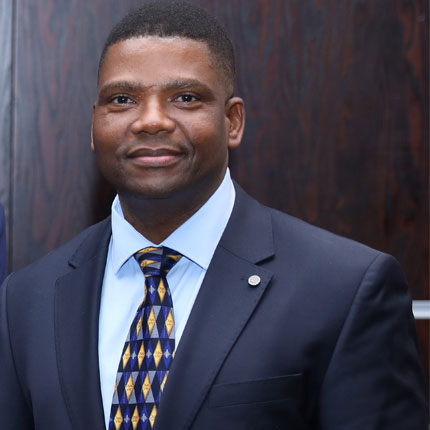 Professor Jeffrey Mphahlele has since October 2014 been the Vice President for Research at the South African Medical Research Council (SAMRC), the largest African science council dedicated to funding and conducting health research. Mphahlele is an elected member of Academy of Science of South Africa and National Research Foundation C1-rated researcher. He is affiliated to Sefako Makgatho Health Sciences University (formerly MEDUNSA) in Pretoria, where he previously served as an academic for over 20 years in various capacities: Professor and Academic Chair of the Department of Virology and National Health Laboratory Service (2005 to 2014); Co-Director of the SAMRC/Diarrhoeal Pathogens Research Unit, which is a World Health Organization Rotavirus Regional Reference Laboratory for Africa (2010 to March 2018); and Head of the South African Vaccination and Immunisation Centre (SAVIC) (2005 to 2014). Mphahlele’s research interests include epidemiology of HIV, genomics of infectious diseases, vaccination control of infectious diseases (hepatitis B, rotavirus and human papillomaviruses) and strengthening immunisation services and policies. He trained, supervised and mentored several PhD and Master’s students as his contribution to developing the next generation of scientists. Mphahlelele serves on the board as the Vice-Chair of the European and Developing Countries Clinical Trials Partnership (EDCTP) Association. In addition, he serves on a number of governance structures and committees including the Global Research Collaboration for Infectious Disease Preparedness (GloPID-R), the WHO Scientific Advisory Group of Experts (SAGE) Polio Working Group, THE National Advisory Group on Immunization (NAGI), the South African National Task Force (NTF) for Laboratory Containment of Poliovirus, and the South African Health Products Regulatory Authority (SAHPRA). His qualifications include PhD, MSc, BSc Med Hons, BSc, MASSAf.

Dr Sandile Buthelezi is the Director General of Health in the South African National Department of Health. He is a seasoned public health medical practitioner with more than 15 years’ experience in health governance, policy, and programme management. After serving as a clinician and later Medical Superintendent in various hospitals in KwaZulu-Natal and the Free State province, he served for 10 years as KwaZulu-Natal’s provincial head of Strategic Health Programmes, which encompassed HIV; tuberculosis; maternal, child and women’s health; nutrition; and communicable diseases programmes. Prior to taking up the post of Director General earlier this year, Buthelezi was CEO of the South African National AIDS Council (SANAC) from 2017. Prior to this, he was South Africa’s Country Director for the International Center for AIDS Care and Treatment Programs (ICAP) at Columbia University, which is a division of the New York-based Mailman School of Public Health from 2014. He formerly worked as the Senior Technical Lead for the Department for International Development-funded SARRAH (Strengthening South Africa's Revitalised Response to Aids and Health) programme, which was implemented by Mott-McDonald supporting the health reforms in South Africa. Amongst other portfolios, Buthelezi has served as a health systems management and governance specialist at the Institute for Youth Development South Africa and the Foundation for Professional Development and, during his tenure as SANAC CEO, as the Chairperson of the Global Fund Country Coordination Mechanism.

How will poorer countries get a fair shot?

Even before the world has found a COVID-19 vaccine, rich countries have staked their claim to the first doses. Read the full article here.