Paul Luckin (MBBCh 1980) is an anaesthetist, living in Brisbane, Australia. He was a paramedic in Australia before starting his medical training. After graduating, he practiced in cardiac anaesthesia in Durban, where he was a consultant in accident and emergency medical services. Paul spent eight years in the Mountain Club of SA Mountain Rescue team in the KZN Drakensberg, which he describes as “exciting times in small helicopters in big mountains, in all weather!” 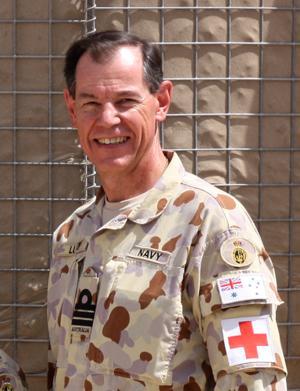 After returning to Australia he set up and ran Advanced Airway Management Training in Ambulance Service Tasmania, and was President of Royal Life Saving Society in Tasmania.

While building a house, he fell 7m onto concrete, sustaining multiple fractures. “Some near-death experiences are a great way to learn the receiving-end of trauma medical care,” he writes.

Paul has four parallel careers; in the Royal Australian Navy, Search and Rescue, St John Ambulance as well as earning a living as an anaesthetist.  As a captain in the navy he has deployed to a number of war zones, including Afghanistan; to peace-keeping operations; the Bali Bombings; and to Banda Aceh following the tsunami that killed 160 000 in that city alone. He is also in the navy's submarine escape, abandonment and rescue medical team.

Paul is the medical advisor to the Australian Maritime Safety Authority, the body responsible for Search and Rescue in the Australasian SAR Region – 11% of the surface of the globe. He teaches the medical aspects of SAR to police teams, and is asked for real-time advice on survivability during SAR operations across Australia and parts of the Pacific.

His roles in St John Ambulance have included Director of Training, Director of Medical Services Branch, and Senior Medical Officer at big music festivals, which primarily entail many drug and alcohol overdoses.

How do you look back on your training at Wits?
With gratitude. In awe of the people who taught me. My training at Wits, particularly in trauma, is the reason I have been able to do many interesting and rewarding things, and the reason the Navy has deployed me in trauma teams. I led a group of Australian doctors on a tour of SA a few years ago; when visiting the Chris Hani Baragwanath Hospital one of them said" Gee, I wish I could have trained here!"

Wits left me with something else; a complete inability to tolerate racism, or bullying, or discrimination against those who have less.

It also taught me that life is fragile; at the end we have only our faith, our family, and our friends.

A definition of success?
Success to me is believing I have done my best, hoping I have made a contribution. A successful day, in the Navy, in Search and Rescue, in St John – and in anaesthesia – is one where everyone goes home alive.

Professor Beverley Chalmers (BA 1970, BA Hons 1971, MA 1974, PhD 1980, DSc (Med) 1999) is a true Witsie4life and has five degrees from Wits.  She married Bernard Chalmers (MA 1971) in 1971 and they have three daughters. In 1991 she was awarded a Council Research Fellowship allowing her the opportunity to spend a year collaborating with the WHO Regional Office from Europe in Copenhagen while examining childbirth in the former Soviet Union countries.  She remained a short-term consultant for the following two decades, working primarily in the former Soviet Union but also in parts of Europe, Africa and South America. She emigrated to Canada in 1992 and is currently based in Ontario. 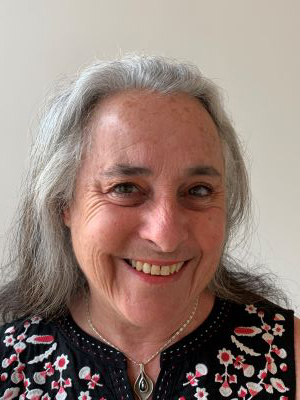 While in South Africa she was involved in the initial developments of the Association for Childbirth and Parenthood and later became its national chairperson. Beverley is an independent scholar who has held full professorial positions. She has dedicated her life’s work to examining the birth experiences of women in difficult religious, social, political and economic situations. In the past few decades, she has turned her attention to Jewish and German women during the Holocaust.  See more from her website at www.bevchalmers.com

She writes that she remains indebted to Wits for her education “that provided her grounding in independent thought, challenging the status quo of knowledge and practice in perinatal care, and initiating and stimulating innovation and sensitivity in care”.

What is your definition of success?
Winning awards such as the Wits Council Research Fellowship, the Canadian South African Women for Women Award, or being nominated as one of Canada‘s Women in Global Health,' are all wonderful indications of success. But for me my real feelings of success come from achieving whatever goals I set for myself and enjoying the process of getting there.

What inspires you?
Having fun!  For me, work is fun.  I love what I do, and I am really happiest when working on my books – often with a cat asleep nearby on my desk!

What is the best part of your day?
The first (and only) Coke of the day: full-bodied Coke original of course.

Last November Dr Kevin Brooks (BSc Eng 1980, PhD 1986) was appointed as Advanced Process Control Global Lead at Hatch, the global multidisciplinary management, engineering and development consultancy. He was appointed as visiting adjunct professor at the school of chemical and metallurgical engineering at Wits in July 2019 and assists in teaching and post graduate supervision in the field of process control.He has specialised in computer control of chemical and metallurgical manufacturing operations. In this capacity, he has worked all over the world, including in Eastern Europe and was in “Snowmaggedon” in St Johns, Canada. Kevin has been involved in the South African Council for Automation and Control since 2007 and was president of the body between 2013 and 2014.  He is currently Industry Vice-Chair for the Metals, Mining and Minerals technical committee of the International Federation of Automatic Control. He is married to fellow alumna Siân Dennis (BA 1980, CPIR WBS, 1986).  He has two children (Daniel and Nadine, BSc Hons 2009) and six grandchildren. Nadine is a third-generation Witsie since Kevin’s late father Dave studied dentistry at Wits.

How have you used your skills/values, if any, you learned at Wits?
The skills I learned at Wits (particularly during my PhD) have meant that I have the confidence to tackle any engineering problem using a fundamental framework.  My teaching days gave me the ability to present effectively. Being part of Wits during some dark years sharpened my beliefs in the values of tolerance and justice.

Do you have a definition of success?
Success for me is a combination of a sense of fulfilment and pleasure from the work I do, together with giving back through involvement in the profession.

What inspires you? Or what's the best part of your day?
I am inspired by technology (especially space travel) and also by music (rock).  On those days when I have the energy, I love getting into the kitchen to prepare fresh food, particularly Italian.

Wits Alumni Relations would love you hear from you. Send your updates to alumni@wits.ac.za

Marjie Thorne (BA 1979) lives in the village of Sonning, west of London. She is a full-time writer, working on three different book projects: a novel set in the mid-19th century, a family history and a memoir. She is also editing a book on surviving cancer and is married with two adult sons.

After graduating from Wits majoring in psychology, with sub-majors in English and German, she went on to study German at the University of Cape Town. This enabled her to work as a travel agent in a Johannesburg agency in their department that catered for German tourists visiting South Africa. She left South Africa in 1987 and ended up as the personal secretary to the Consul at the South African Consulate in New York. She married and moved to California. While waiting for a green card, she studied journalism, and began a new career, first as a journalist for Metro Newspapers in San Jose, and then as Associate Editor at DBMS, a high tech magazine.

After a long hiatus to have children and move to the UK, Marjie worked as a librarian, and then a Marketing Manager. She retired from full-time work in 2019, to begin a new phase as a writer. Her first book was published last year – the history of a local Catholic girls’ school.

How have you used the skills/values, if any, you learned at Wits?
The skill that has served me best from my time at Wits, particularly as a journalist/writer, has been the ability to conduct effective, relevant research for any project, writing or otherwise. Also, by studying German and Portuguese at Wits, I discovered a love of learning languages, and have gone on to study French, Spanish and Italian.  Both of these are, I guess, to do with enhancing communication.

Wits Alumni Relations would love you hear from you. Send your updates to alumni@wits.ac.za