BEING AN ACTIVIST IN YEOVILLE

Yeoville is not as fragmented a community as it seems…

They are broad debates on the nature of civil society in inner city areas. Some activists complain about the lack of involvement of residents in their environment, that they attribute to a limited sense of belonging in a place where they don’t imagine they will remain for a long time. Scholars highlight inner city areas’ inherent fluidity and mobility, that they argue impedes the development of a sense of local identity on the one hand, the development of civil society’s participation or long- lasting collective mobilisation on the other. Some however contest that residential mobility necessarily leads to political demobilisation. In Yeoville in particular, civil society certainly seems relatively structured, dynamic and vibrant.

Although civil society is fluid in Yeoville (during the two years of Yeoville Studio, many organizations have died, whilst many others have emerged), there are a number of long-standing ones that give a strong sense of continuity. This sense of continuity is visible in a number of key figures, street or area activists, local leaders, who are known and recognized in the neighborhood and constitute (criticized or not, approved or not) reference points to local residents. They are visible in public meetings, that they regularly attend, in which they vocally (sometimes eloquently) express their views, that they often contribute to organize, chair or facilitate. They are called in by individuals or groups in case of an issue, for their support, intervention, advice. They have a number of associates, friends, clients, or followers, whose geometry varies in time but still defines these key figures as local leaders. Yet, the fluidity of local society also opens the way for new leaders to emerge: there is a relative openness of public space in this respect.

Why portray local activists, and how?

There are many ways in which one can address the question of the nature of civil society in a given area. We chose to do so by portraying these local activists, through a set of questions: What are they trying to achieve in/ for/ with the neighborhood? What is their vision? What is driving them? What are their modes and channels of action; what are their networks? What are they gaining, what are they losing or sacrificing in order to live their activist lives ? What type of link they have to Yeoville, what is special about Yeoville for them, as a base for, a place for, or even the focus of, their action?

We define a local activist as someone committing her resources (time, money, energy) into making a change in her neighbourhood, or for a group in a local area. An activist may chose a sector of intervention (security, the environment, housing, trading…) as it affects her direct environment; or adopt a holistic vision of her environment taken as the object of his action.

The notion of (local) leader is more complex, adding to this idea of commitment to change (the 'power to' do things), the dimension of ‘power over’ others: a leader cannot be understood without a constituency, a group of followers, that the leader is in a way or another accountable to. An activist is not necessarily a leader, i.e. able to lead others into collective action, or to build a shared vision for the group or the place; but a leader is necessarily an activist – she has to be committed to drive a form of change through her own commitment. We have chosen here to focus on the notion of activists, trying to understand activists’ own views on their ability to change their environments.

Who are Yeoville local activists?

Given the breadth of our definition, and the multiplicity of activists in Yeoville, it was obviously impossible to construct a comprehensive list. We only portray a few here, selected because of their prominence locally (measured in particular in their visibility in a variety of public meetings) but also chosen so as to encompass a variety of profiles, specializations, styles, skills. We tried to construct a sample of activists in different fields, different areas of action; have a balance between long standing and emerging leaders; with a mix in age, gender, race and nationality.

Amongst our regrets is the fact we have not been able to interview, due to his ill health during the time of our research, George Lebone, the Chair of Yeoville Stakeholders Forum, long-term and staunch ANC executive member, known to all Yeoville residents, and Yeoville Studio partner. 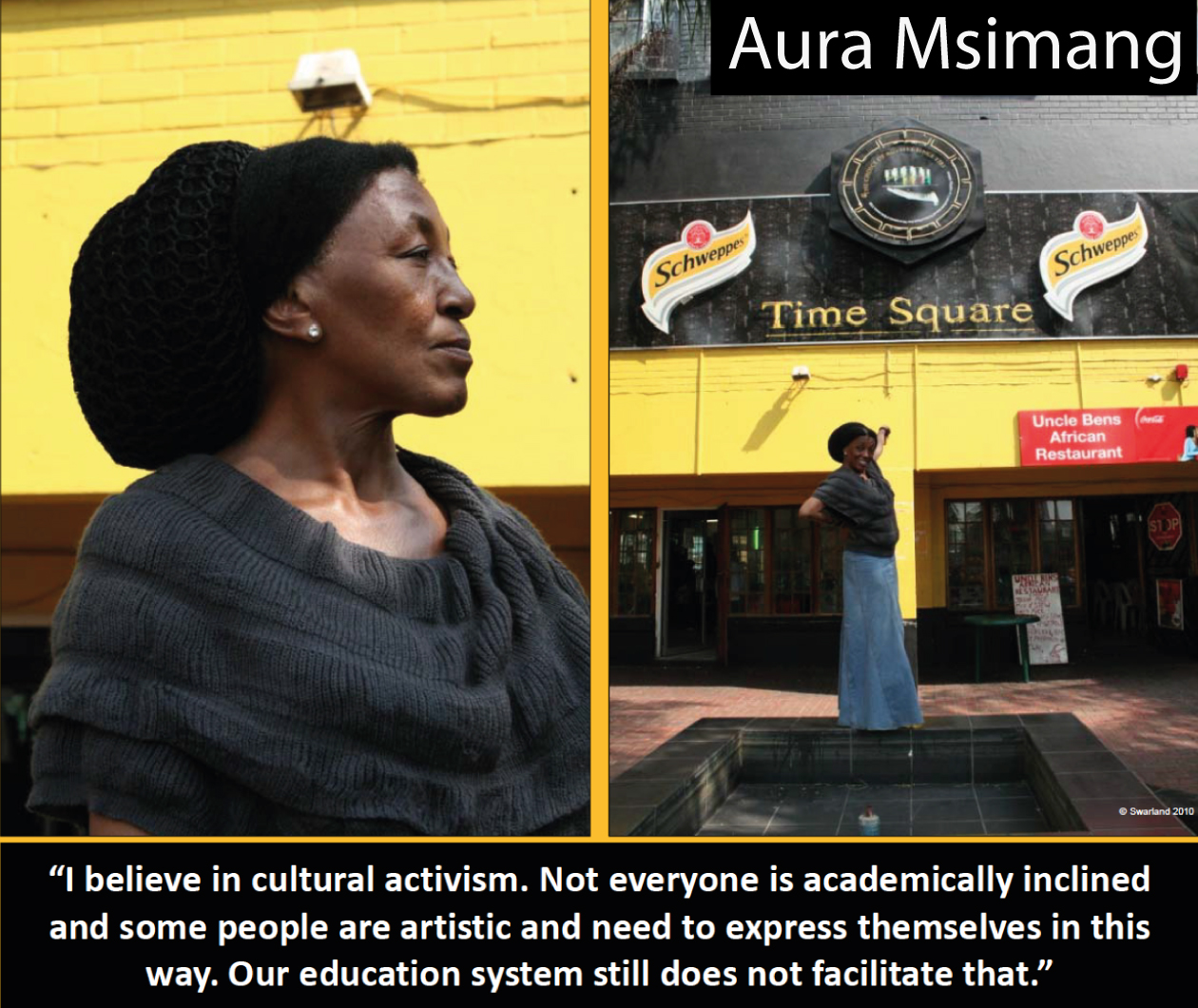 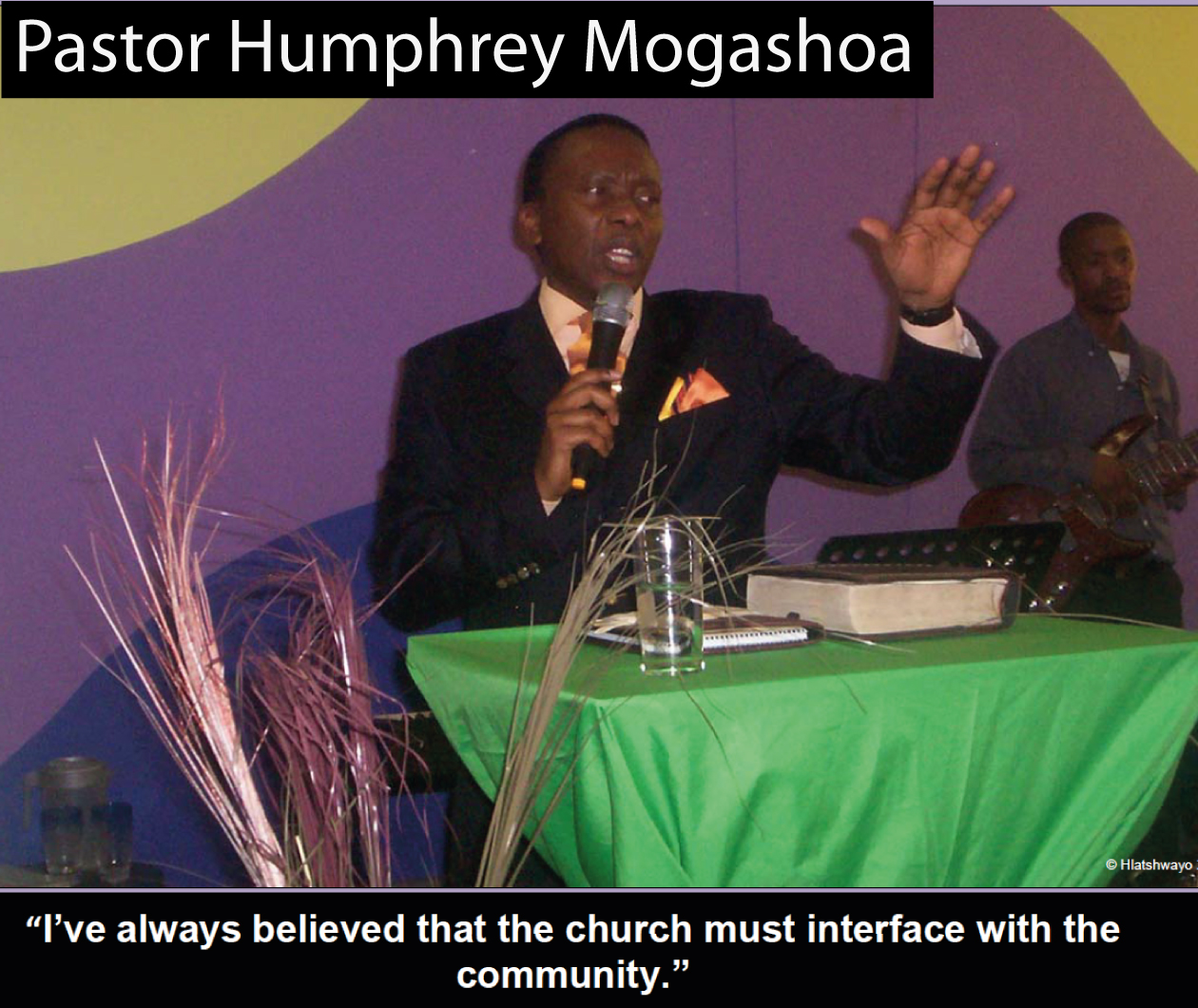 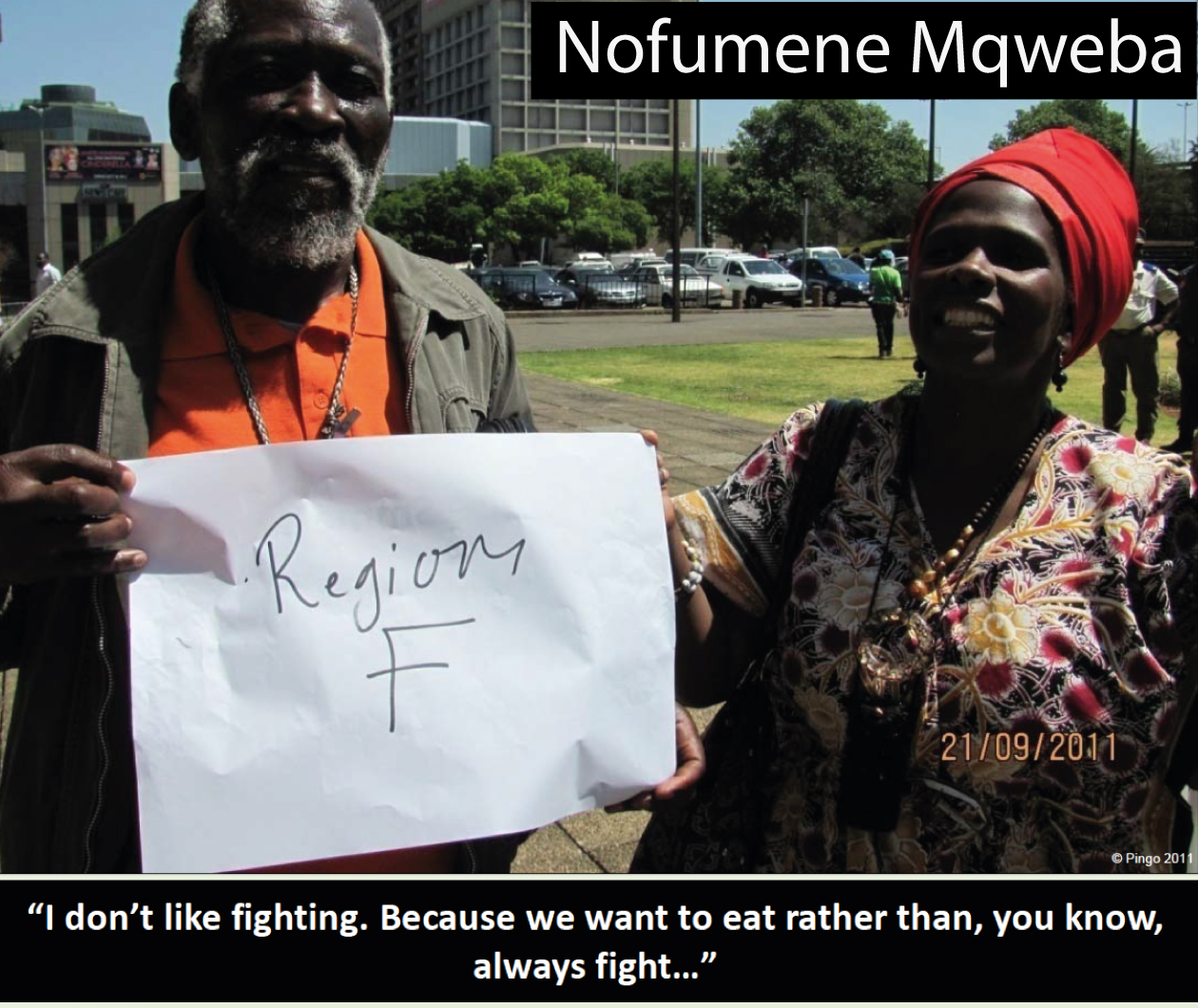 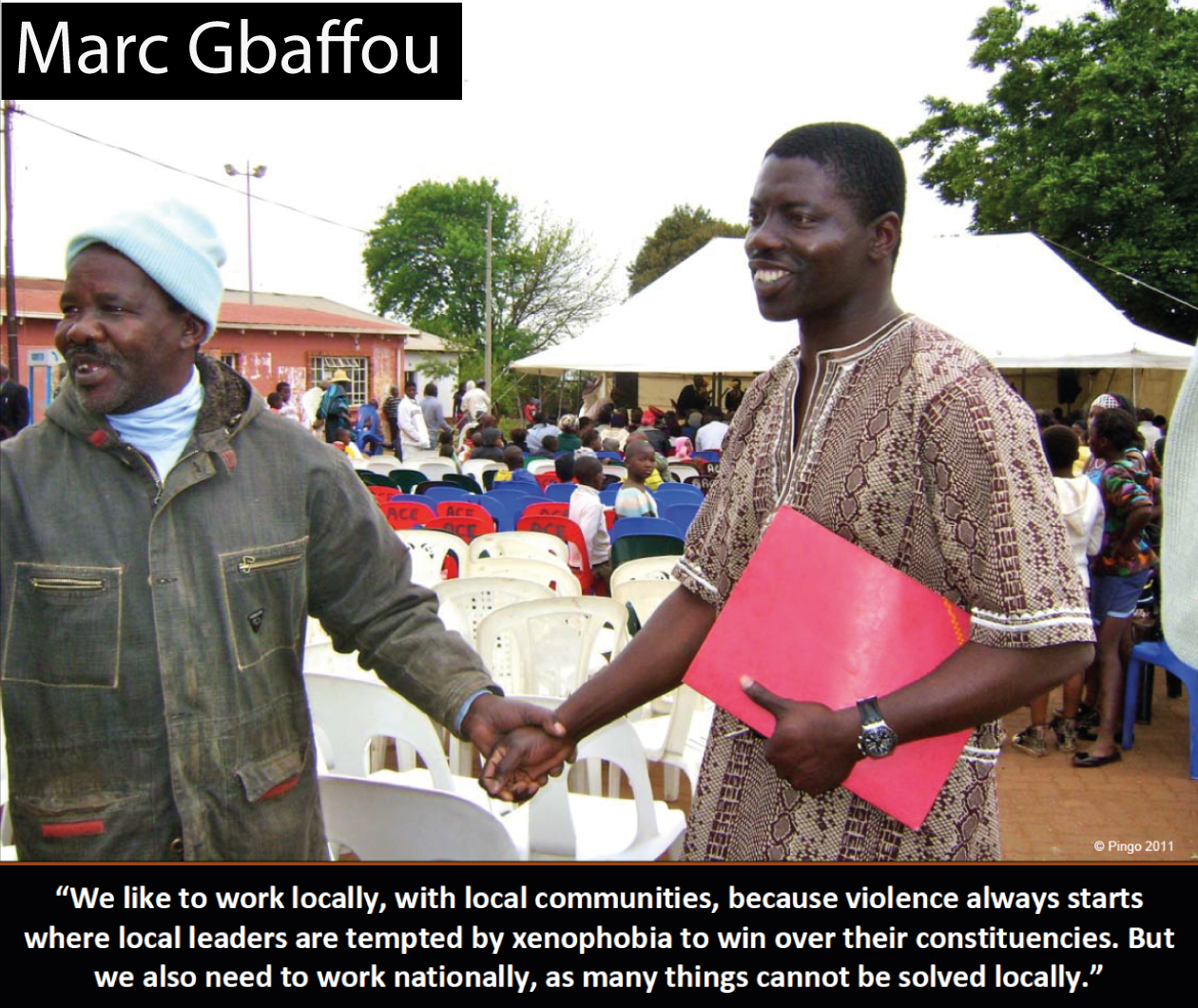 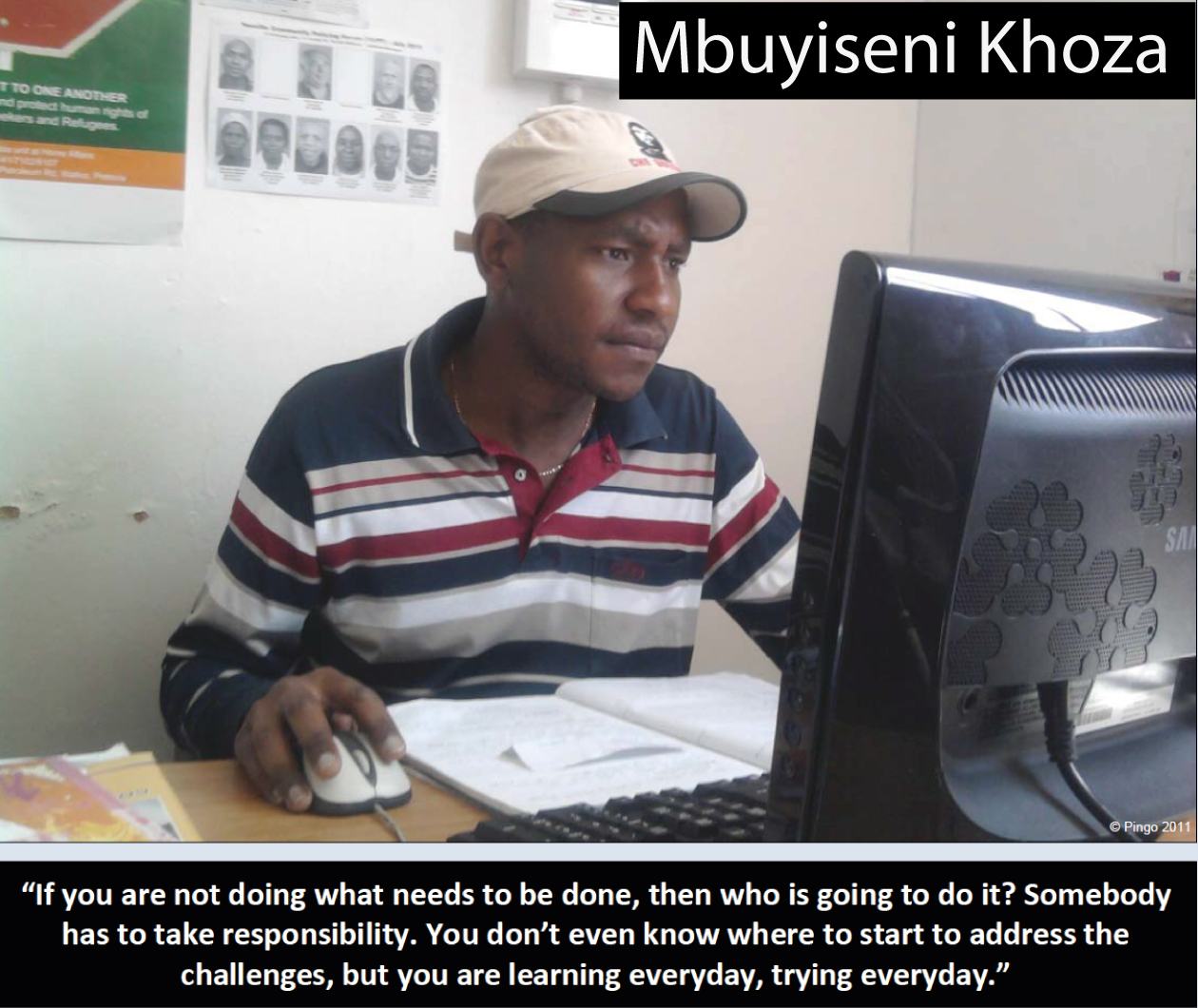 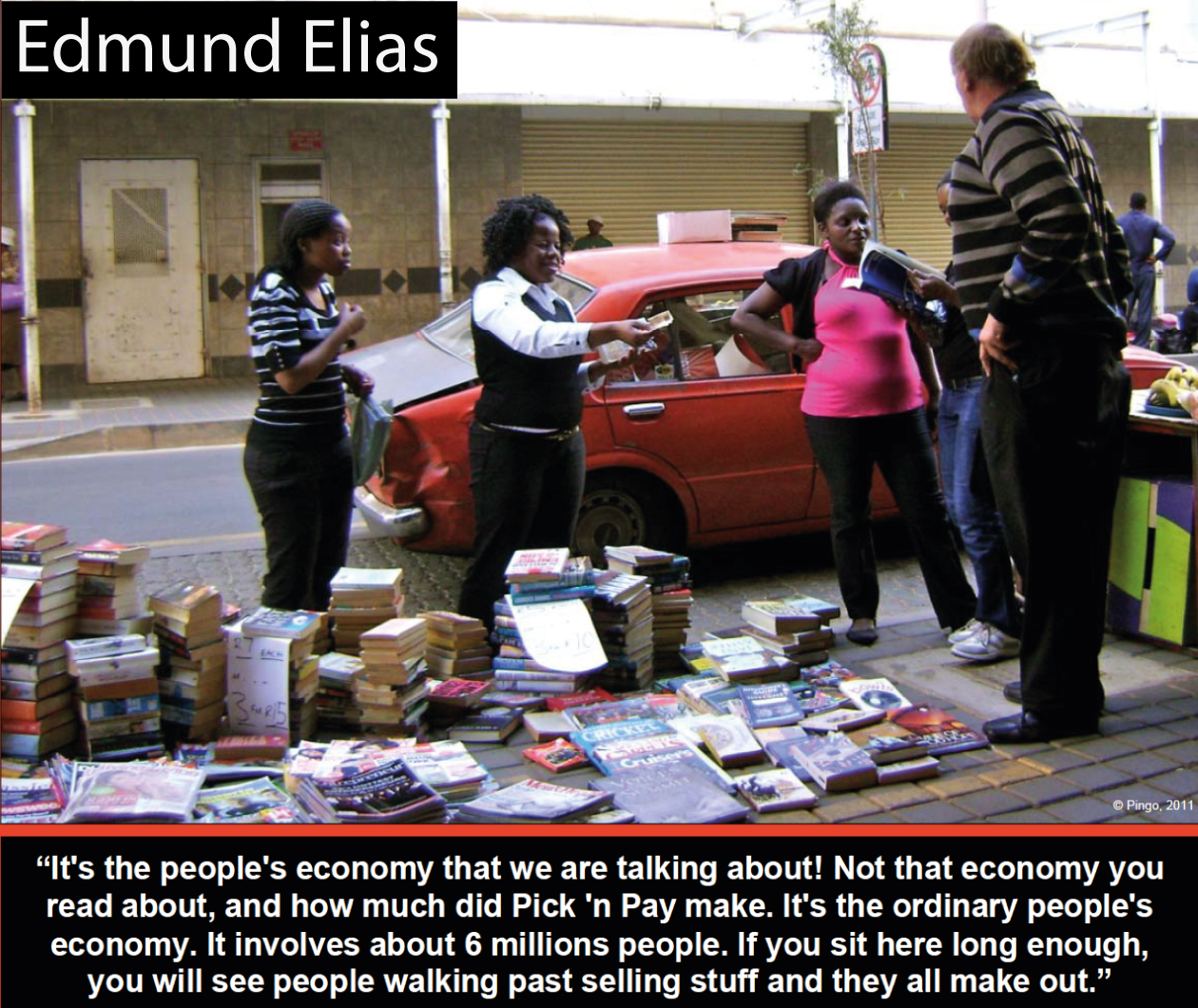 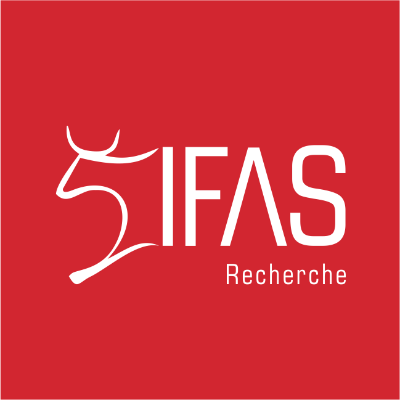