Prof. Yahya E. Choonara has been appointed Academic Head for the Department of Pharmacy and Pharmacology in the School of Therapeutic Sciences.

Prof. Yahya E. Choonara has been appointed Academic Head for the Department of Pharmacy and Pharmacology in the School of Therapeutic Sciences effective from 01 January 2017.

Prof. Choonara has 17 years’ service with the Faculty and was previously Associate Professor of Pharmaceutics in the Department of Pharmacy and Pharmacology at Wits University. He is also a Senior Scientist and Research Manager at the highly productive Wits Advanced Drug Delivery Platform (WADDP) Research Unit that is Directed by Prof. Viness Pillay.

Prof. Choonara succeeds Associate Prof Michael P. Danckwerts and will be responsible for maintaining the excellent standards of undergraduate teaching, increasing the postgraduate output and extending cutting edge research to all seven of the Department’s research areas.

“I am honoured to take up a leadership role in a Department which is ranked in the top 200 universities globally*. We strongly believe that pharmacists have a significant responsibility to undertake innovative pharmaceutical research, manage drug therapy, counsel on medication use, and monitor drug therapy outcomes. Our high calibre staff brings innovative research and clinical expertise into the lecture room to advance patient care and pharmaceutical research that can change the world we live in. I’m hoping to use my experience to build on the productivity within the Department, as well as instil the efficiency and passion for research” says Prof Choonara.

The Department is also ranked on par with the top three universities in the world for pharmacy and pharmacology research, according to the Elsevier’s Scopus database.

His research has been widely published with over 220 research publications all in highly reputable ISI recognised scientific journals with high impact factors in Pharmaceutics. He has also presented over 251 papers at peer-reviewed local and international conferences.

Prof. Choonara is currently an NRF-rated scientist, has an H-index of 26 and is a recipient of several prestigious awards that includes a National Science and Technology Forum (NSTF) Award and an AU-TWAS Young Scientist National Award in the category of Basic Sciences, Technology and Innovation. He has co-supervised over 50 postgraduate students at the Masters, PhD and Postdoctoral levels to develop a pipeline of talent for the Department and the sector. 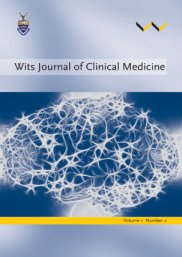