Loyal alumnus acknowledged for his innovative approach to mining in South Africa.

Wits alumnus and mining leader Neal Froneman (BSc Eng 1981) has been honoured with the 2021 Brigadier Stokes Memorial Award by the Southern African Institute of Mining and Metallurgy (SAIMM).

Considered the highest distinction to be bestowed by the South African mining and metallurgical sector, the award was presented during an online annual general meeting of the institute on 12 August 2021. 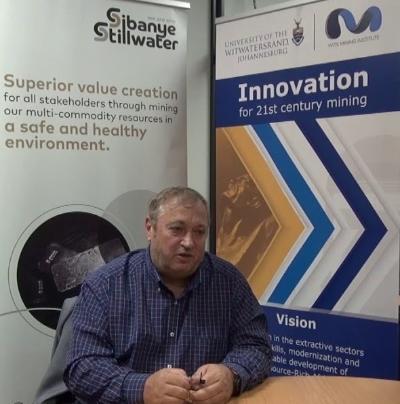 Froneman took over duties as executive director and CEO of Sibanye-Stillwater in 2013 and according to the institute he has transformed the company into “a leading precious metals miner with an international operating footprint ranking among the world’s top three PGM producers.”

A mechanical engineer by training, Froneman’s career spans more than 37 years in the South African mining sector and he has carved a reputation as an astute dealmaker. He has held senior positions at several leading mining companies such as Gold Fields, Harmony Gold, and JCI Limited. In 2003 Aflease Gold appointed him as CEO out of which he created Uranium One, where he was CEO until 2008. He was influential in building Aflease Gold into Gold One in 2009 through a sequence of reverse takeovers.

He is also a loyal Wits supporter and is on the Board of Governors appointed by the University Council to manage the Wits Foundation. Earlier this year Wits received a donation of R16.5 million from Sibanye-Stillwater to support the development of scarce skills and research in mining.

According to the SAIMM’s statement Froneman said he felt incredibly humbled to be receiving the award. “When I look at the list of past recipients comprising eminent individuals who have left an indelible mark on the South African mining industry, I feel deeply humbled to be joining such august company. I was reminded of Brigadier Stokes simple and succinct ABCs of enduring relevance for respectful engagement: and, that is to be articulate, brief and courteous,” said Froneman. “I trust that I've conformed with Brigadier Stokes' mantra in accepting the award instituted to honour his legacy in shaping the South African mining industry.”

The Brigadier Stokes Memorial Award was instituted in 1980 to acknowledge the contribution that Brigadier Ralph Stokes, commonly known as The Brig, made to the South African mining and metallurgical industries.

Stokes “was a remarkable and resilient man with a superior intellect, inexhaustible energy and an insatiable curiosity, who travelled widely and had many friends,” said SAIMM member Professor Alex du Plessis. “It is indeed, therefore, fitting that the award is made this year to Neal John Froneman as he, in addition to displaying these attributes, has brought a notably entrepreneurial and technically innovative approach to mining in South Africa.”