Alumni with the writing edge

Catch up on recent book awards and publications.

Jacob Dlamini (BA 2002, BA Hons 2003) was awarded the University of Johannesburg Prize for South African Writing in English for Safari Nation: A Social History of the Kruger National Park (Jacana, 2021). He also received the Martin A Klein Prize in African History, awarded by the American Historical Society, which recognises the most distinguished work of scholarship on African history published in English during the previous calendar year. Professor Martin A Klein is currently professor emeritus of history at the University of Toronto.

Jamil F Khan (MA 2018) was joint winner of the 2021 University of Johannesburg Debut Prize for his novel Khamr: The Making of a Waterslams (Jacana, 2020). 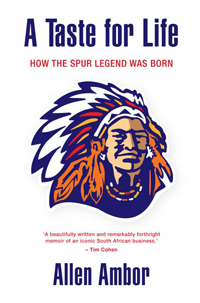 A Taste for Life: How the Spur legend was born
Allen Ambor
NB publishers
2021

Spur Steak Ranches founder Allen Ambor (BA 1966) has celebrated his 80th year with an autobiography titled A Taste for Life: How the Spur legend was born. He opens: “A steakhouse is a theatre of the senses, and the opening act is the fire in the heat of the grill section, warming us, mesmerising us, drawing us closer, igniting in us a hunger for good food and good company.”

Uncertain what to do with his life, Ambor shares how he initially tried to escape conscription by studying at Wits. He reached an agreement with his parents to finance his education by working in local restaurants in between his studies. He writes about the “energy” and culture of the steakhouse that finally gave his life purpose. He chronicles his journey through the restaurant business and pioneering days of franchising in South Africa, from his days as a waiter to opening the first Spur in 1967 and growing it into an empire, which listed on the JSE in 1986. Ambor now lives in Cape Town and is an Iyengar yoga practitioner and teacher. “As a young man, luck came my way and I grabbed it with both hands,” he writes. 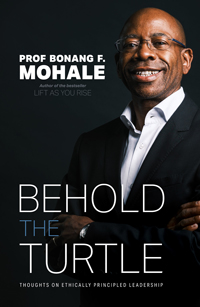 The title of this book is taken from an African proverb about making yourself vulnerable to make progress. Professor Bonang Mohale is the Chancellor of the University of the Free State and President of Business Unity South Africa, former CEO of Business Leadership South Africa and past president of the Black Management Forum. His latest book expands on issues of leadership, resilience, ethics and social justice – sounding a call for change. Professor Bonang tackles the role that business, institutions of higher learning and other organisations need to play in creating South Africa’s future, as well as the risk and responsibility required. “Now, more than ever, dear reader, is the time for each of us to stick our necks out. It is the only way. Lift yourself and you can lift the world,” he writes. 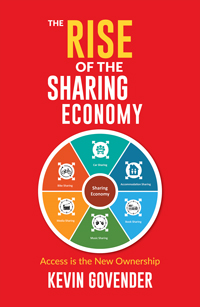 Kevin Govender (MM 2017) is a partner and director at Deloitte and is an experienced business enterprise architect and strategist who has led and advised a wide range of projects including large business and technology transformation programmes, turnaround programmes, strategy development and business improvement initiatives across a diverse set of industries. In this book he shares his insights and expertise on the evolution of the sharing economy, consumer behaviour, and alternative business models, and empowers consumers to rediscover and realise the enormous benefits of access over ownership, and the potential savings in time, money, space, and the opportunity.

The sharing economy has been widely hailed as a major growth sector. Organisations can no longer afford to ignore the rise of the sharing economy and collaborative consumption offerings, the most prominent examples being the taxi service Uber and accommodation rental service Airbnb. He argues it is imperative for business leaders to seek and drive innovative strategies and/or business models and rapidly increase the pace towards a sharing economy. 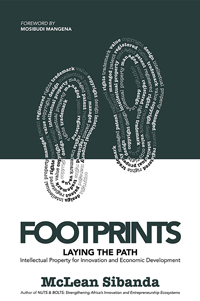 This is the second book from Dr McLean Sibanda (BSc Eng 1992, MSc 1995) this year following his debut book Nuts& Bolts. Dr Sibanda has held numerous senior and executive positions in the public and private sector and is the MD of Bigen Global Limited. In 2007, he co-founded intellectual property firm Sibanda & Zantwijk Attorneys and Intangilbe Consutling/Idea Nav. In Footpints he explores intellectual property (IP) and addresses its role in society, trade, industry, and economy. The book lays a solid foundation for innovators, entrepreneurs, businesses, and nations to realise their full potential through policy, legislation, use and practices. Dr Sibanda looks at countries such as China and Korea and how they used IP to develop their economies. “Intellectual property is everywhere around us and impacts our lives. For entrepreneurs and businesses alike, intellectual property is about value creation – it is the insurance you need for when you succeed,” he writes. 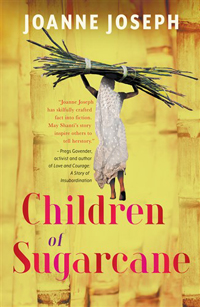 Joanne Joseph (BA 2000, BA Hons 2001, MA 2008) is an established South African journalist with over 20 years of experience. Her book Drug Muled: Sixteen Years in a Thai Prison (Jacana, 2013) sold over 10 000 copies. Children of Sugarcane is Joseph’s first work of fiction. It is set against the backdrop of 19th century India and the British-owned sugarcane plantations of Natal.

“I was initially interested in my own great grandmother’s history because there’s a great sense of mystery around indentured labour. I was exploring it on a personal level and when going through the archives there were so many interesting stories to be told particularly from the perspective of women,” she said a recent CapeTalk interview on 16 November, which marked the 161th anniversary of the arrival of Indians to South Africa.

The book centres on the experiences of Shanti, a teenager from rural India facing an arranged marriage, who dreams that South Africa would offer an opportunity to start afresh. The book is also told in the form of a diary and spans four decades and two continents. It draws extensively on historical research and exposes the hardships encountered by indentured labourers, their poor living conditions, and a constant threat of violence. Yet the bonds of friendship and family “prompt heroism and sacrifice, the final act of which leads to Shanti's redemption”. 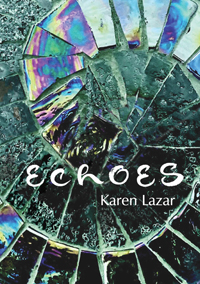 Dr Karen Lazar (BA 1983, BA Hons 1984, MA 1988, PhD 1996) explores the world of disability through “the low-angle lens of those who look at the world from a seated position.” This view is offered in three elegant parts: “Cranial Echoes”, “Joburg Echoes” and “Cyber Echoes”, which she says: “reflects my own journey as a stroke survivor” from acute disability after a brain trauma, to the phase of adaptation back into society in a wheelchair and finally a view of disability from the point of social media. Dr Lazar uses her own privilege as a writing stroke survivor to tell a story so many are unable to share. She remains positive despite her health setbacks and advises: “It is never finished, one can keep recovering. There is always some improvement, some subtle shift in one’s ability.”

Dr Lazar is also the author of a collection of creative non-fiction Hemispheres: Inside a stroke (Modjaji Press, 2011). “I hope readers will make an imaginative leap into the shoes of a disabled person. It’s about connection, empathy and hope and an appreciation of writing,” she says.