WitsQ will provide first a forum for quantum scientists in all fields across the continent to connect.

The Wits Quantum Initiative, WitsQ, has launched today with its brand new website as the first step in creating a forum for quantum scientists in all fields to connect.

WitsQ is a strategic initiative of the University to be a driver of quantum technologies, making Wits the leading quantum institute on the continent. 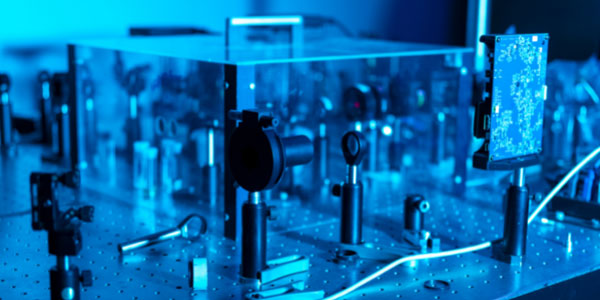 Led by Professor Andrew Forbes, from the Wits School of Physics, as Director, WitsQ’s vision is to strategically promote and advance Quantum Technology at Wits, with a focus on the research, innovation, business, education and outreach, and ethics of quantum technologies.

The aim is to create a collaborative forum that includes the sciences, engineering, social sciences, humanities, health and business.

“The Initiative will grow a vibrant and productive quantum community at Wits, engage with relevant national and international entities across sectors, and provide a forum for experts and non-experts to interact,” says Forbes. The focus on Quantum technology is a strategic leg of Wits’ centenary celebrations and one of the fields Wits intends to use to launch South Africa – and Africa – into the new technology revolution.

“South Africa and Africa have missed the rise of the electronic industry. Our focus on Quantum technology gives us the opportunity to leapfrog into the Quantum world and be a major player in the field,” says Forbes, who co-authored the country’s Quantum Roadmap, which was approved by the Department of Science and Technology in March.

Wits Vice-Chancellor and Principal, Professor Zeblon Vilakazi – himself a nuclear physicist – sees Quantum technology as key player in both the economics and security of the country, and as a key research area for Wits.

“The focus on Quantum technology is crucial in a whole range of aspects of South Africa’s future, whether it is water security, communication, banking and finance or in the military space,” says Vilakazi. “Our research focus in this area will set Wits apart as a research institution on the continent and make South Africa a key player in setting the pace for the application of Quantum technologies in the future.”

Quantum mechanics is a theory that has been in existence for over a century, with the first quantum revolution giving birth to disruptive technologies such as the laser and the transistor, both at the very heart of our digital world.   Despite being a venerable topic, quantum mechanics is experiencing a resurgence of late, spurring new technologies based on quantum entanglement, that “spooky” action at a distance so abhorred by Einstein.  This has given rise to a “second quantum revolution”, promising new disruptive technologies.

“By harnessing the quantum world, we open an exciting future that is developing before our eyes: seeing smaller, better and with less light for enhanced medical imaging (quantum ghost imaging), networks that are fundamentally secure and unbreakable taking cybersecurity beyond its man-made limitations (quantum secure communication) and exponentially faster computers (quantum computing) to solve assumed “unsolvable” problems, from finance to drug design,” says Forbes.

Quantum technologies are closely integrated with artificial intelligence and machine learning, and considered a core security component of devices that will fuel the fourth industrial revolution.  WitsQ sees the university as the main driver of South Africa’s Quantum Technology Initiative (SA QuTI), launched in March 2021 to move South Africa into the quantum future.