Wits Professor of Human Genetics Michèle Ramsay has contributed to the international report on Heritable Human Genome Editing released in the UK on 3 September.

The report advises that heritable genome editing is not yet ready to be tried safely and effectively in humans and that initial clinical uses, if permitted, should be limited to serious single-gene diseases where it is known, with strong evidence, that a specific mutation is causing the disease.

Ramsay is the Director of the Sydney Brenner Institute for Molecular Bioscience in the Faculty of Health Sciences at Wits University, and Chair of the Department of Science and Innovation National Research Foundation South African Research Chair Initiative (SARChI) in Bioinformatics and Genomics of African Populations. 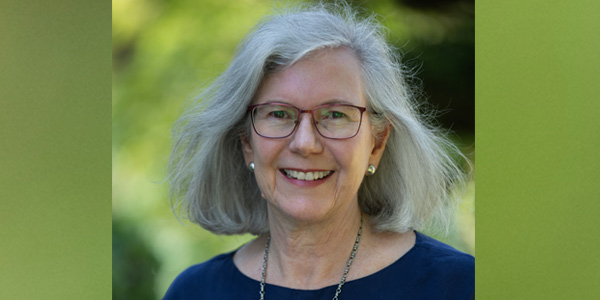 Ramsay and the Co-Chairs of the commission, Professor Kay E. Davies, University of Oxford, U.K. and Dr Richard P. Lifton, The Rockefeller University, USA, and other fellow commissioners, discussed the report in a webinar.

Members of the commission, including Ramsay, will also participate in the American Society of Human Genetics Forum: The Clinical Use of Germline Genome Editing webinar on Friday, 25 September, 6pm (SA) and 12pm (Eastern). Click here to register.

Genome editing refers to the use of techniques that edit [alter] genetic material in a human germ cell or early embryo – resulting in changes in the germline [sperm and egg cells] – which means that the changes can be passed on to the progeny [offspring] through the genetic material.

Because clinical applications of germline genome editing are now possible, albeit not yet with sufficient accuracy and in the absence of unintended edits [changes], there is an urgent need to examine the potential of this new technology. However, the implications of how heritable human genome editing might affect future generations is not yet fully understood and needs to be the topic of wide societal debate.

“Making edits to the human genome that will be passed on from generation to generation is a very big step. We have a responsibility to society and future generations to approach this with great caution and long deliberation,” says Ramsay, who participated in the conversations when Wits University hosted the 1st South African Gene Editing Conference in November 2019.

“Somatic genome editing is when just the cells from one organ are altered and the gene edit is not passed on from one generation to the next,” says Ramsay. “In heritable human genome editing, the germ cells – or the early zygote just after fertilisation – is edited so that all the cells in the body have that edit, which is then passed onto future generations.”

Somatic genomic editing is already showing some success and several international biotechnology companies are developing the processes. It is still experimental, there is little data, and it is not yet clinically available. Ethically, somatic genome editing differs little from many other medical procedures.

Heritable human genome editing, however, poses many ethical questions – because a gene or DNA sequence would be edited for the purpose of initiating a pregnancy.

Human embryos whose genomes have been edited should not be used to create a pregnancy until it is established that precise genomic changes can be made reliably without introducing undesired changes — a criterion that has not yet been met by any genome editing technology, says the report.

The commission concluded that should human genome editing technology advance according to specific criteria and should a country decide that it was desirable – neither of which has happened – it would be responsible to start with a small number of very specific cases that have the most to gain at what would be considered an acceptable risk. Proposed first-in-human cases of the application of heritable human genome editing technology would need to fulfil four criteria:

It is not yet possible to define responsible translational pathways from research to clinical application for other potential uses of heritable human genome editing. However, the technology could potentially be used for less serious monogenic diseases or for enhancing certain traits where it is known that a single mutation is strongly correlated with the trait.

“[But] using the technology for complex diseases such as diabetes, hypertension and most cancers would be much more complicated, as they involve thousands of variants and non-genetic factors and at present it is not possible to predict the outcomes," says Ramsay. "International cooperation and open discussion of all aspects of genome editing will be essential."