The changing nature of accounting

In a rapidly changing world, companies no longer have the luxury to rely on business as usual, where it comes to accounting and integrated reporting.

As almost every company on Earth has some form of impact on the environment, it is crucial to include the effects that a company has on its social, ecological and economic environment into their integrated reports, which – if done correctly and comprehensively – can even provide a firm with a competitive advantage.

“It can no longer be business as usual,” says Professor Warren Maroun from the Wits School of Accountancy. “Companies have a moral obligation to consider their contribution to the planet’s ecological demise and hold the key to unlock much-needed change in society.”

Maroun is collaborating with Professor Jill Atkins, Chair in Financial Management at the Sheffield University Management School in the United Kingdom and a visiting Professor at Wits to create a new accounting framework, called “extinction accounting” that aims to incorporate the effects that business decisions have on issues such as biodiversity.

“Extinction accounting aims to improve decision-makers’ and shareholders’ understanding of the impact of their business operations on natural capital. It also considers the effect of species loss on companies’ operations and prospects,” says Maroun.

This new framework could help protect companies against risks and ultimately empower them to become responsible agents of change for the good of the planet.

Extinction reporting is a framework of accounting and governance that aims to implement species protection throughout financial markets, through reporting on these issues in the company’s integrated report. Ideally, it is designed to deal with the corporate threat posed by the mass extinction of species.

The framework draws on accountancy’s change-potential and, rather than attempting to find a substitute for current accounting and accountability technologies, it  adds additional layers to corporate reports, making them practical tools to ensure sustainable business development that will mitigate the impact of business on nature.

“Traditionally, accounting was like preparing a tomato soup using a well-known recipe. Now, we are adding some extra textures and flavours into the mix. You could say we are making a minestrone soup, although it still has tomatoes as its main ingredient,” says Maroun.

The system “translates” scientific reports on species loss and its impact on the natural world into a form that accountants can easily digest. At the same time, the approach also recognises philosophical concerns about the impact of businesses and capitalist mechanisms on ecological matters.

“Given the current rate of ecological change, this framework could help future-proof companies and reduce their operational risks,” says Atkins.

Maroun and Atkins who both have their foundations in accounting, have, for instance, been considering how the accounting system can be expanded to deal with the business risks posed by climate change, habitat destruction and species extinction. 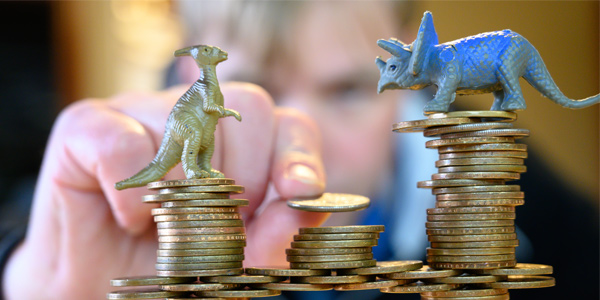 Not just Rands and cents

By weaving scientific evidence and theory into organisational disclosure and reporting, they demonstrate links between species extinction, business behaviour, accounting and accountability.

An extinction account can take different forms, depending on the species or ecosystems at risk and the nature of the organisation’s dependence on the respective natural capitals.

Examples of the types of information which may be included in the report include: the cost of environmental remediation; the financial impact of species loss; a review of the reputational consequences of being associated with or contributing to the loss of species and a broader account of the social and cultural ramifications of extinction.

The reporting entity would need to define its responsibilities and levels of accountability and give an assessment of the relevant economic, environmental and social risks. Strategies for mitigating these risks, the capitals required to execute its plans and the consequences of failure (in both economic and biological terms) would also need to be clearly explained.

“The world is facing an ecological crisis and this information needs to be translated for companies’ decision-makers,” says Maroun. “The impending extinction of species on Earth requires a stretch of the imagination when it comes to accounting. We need more business intelligence to respond to this threat, and extinction accounting can help pave the way.”

Many pension and investment funds, for instance, have shares in retail companies that buy and sell certain crops like plums. And without honeybees to pollinate these crops, companies have to devise ways in which to replicate the honeybees’ pollination service. In countries like China, humans already pollinate crops by hand – at huge cost.

“The loss of the honeybee could cost the economy billions,” says Maroun. “This tiny insect is having a massive impact on our economy and the way our agricultural and retail sectors work.”

Maroun believes the new extinction accounting framework will enable companies to play a more responsible role in their communities in future.

“Using an extinction accounting framework could help determine the true cost of business operations,” he says. “It makes good business sense to do it.”

Read more on this research: