How not to win the lotto

COLUMN: Today, I am coming clean. Like most South Africans, I am in desperate need of cold, hard cash.

And not just a little cash. I need real money, real fast.

Life in the fast lane is catching up with me, and a Wits salary can only get you so far. The cost of living is quickly increasing, we are renovating our house and each new week the builder comes with an increasing bill. Also, my car is starting to fall apart.

Where am I going to get all the cash I need for financial freedom in my lifetime? I have tried all kinds of ways to make extra cash, but so far, I have nothing to show for it. 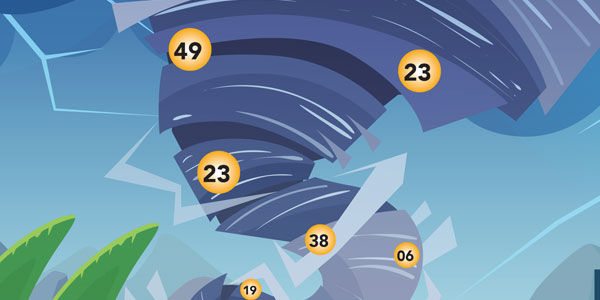 Two weeks ago, when depressed and deflated, I loafed in my office, trying to work out a scheme to make cash, quickly. In walked a colleague, whom I know only from taking the occasional lift-ride together.

“How can I easily win the Lotto?” I ask him spontaneously.

“Easy,” he responds, without any hesitation. “You just buy a Lotto ticket for every conceivable combination that is possible.”

“You just buy a single ticket for every possible number combination, and you are guaranteed to win the Lotto.” To do this, he says, you would just need to buy a couple of hundred thousand Lotto tickets. It will cost you about R10 million, but you are guaranteed to win the jackpot! And what is more, you will not only win the jackpot, you will win all the secondary prizes in the draw. If you play at the right time, you will win around R140 million, plus change, which gives you a R130 million return on investment!

That’s it! He must be right! After all, he’s a computer dude, and he’s even written an algorithm for it, he says. And, as we all know, algorithms can do anything. They are the new virtual Superheroes of our society.

I’m sold. The math makes complete sense to me.

And so, although I’m probably one of the few people in South Africa who has never bought a Lotto ticket, I concede and head off to my local Spar to get in the queue. Standing in line, I phone my wife.

“I’ve got a cunning plan!” I say and roll it out excitedly, confident that by next week, I won’t need to work another day for the rest of my life.

After a long silence (I am not sure whether she was trying to find a polite way to set me straight or whether she was wondering how exactly she got stuck with someone with such obvious limited mental capacity), she says: “But Schalk, dear love of my life, if we had R10 million, we would not need to play the Lotto, do we?”

But still, I’m determined. I’m going to win the Lotto. There’s just the small matter of how to fund it.

If I can get enough people to give me R500 each, we can raise the R10 million in no time, and share the spoils.

The first person I proposition signs up immediately. He’s excited. He hands over his R500. As a former news photographer, he is used to being led into riots, explosions and violence without asking any questions.

Right, now for the next investor. I’ve got a R1 000 cash in hand, which I count as I grab a calculator.

I need a second opinion. Perhaps, this time, a real expert.

I contact Phumlani Khoza, Associate Lecturer at the Wits School of Computer Science and Applied Mathematics. Here is where the wheels really come off my scheme.

Firstly, he says, to buy every single combination of Lotto ticket, I would need to buy 13 983 816 of them. This would cost slightly more than R10 million I initially estimated – the actual investment would be R69 919 080.

If I am so sure about my model, Khoza challenges me, why don’t I take a loan from the bank and prove my theory by actually winning. After all, that is how American Mathematics Professor Edward Thorpe got rich. He worked out to beat the system at the Blackjack tables in Reno and Las Vegas by counting cards, and then writing a book about it. Using $10 000, Thorpe won $11 000 in the first weekend, proving his model was successful. He later became a hedge fund manager extraordinaire and laid the foundation of an entire generation of what we now call quantitative analysts. This is where he made his big bucks.

Khoza warns me, however, that while there are cases where “under-sampling” can yield reliable results (for instance, in the case of the lottery, buying fewer tickets than the possible number of combinations), it comes with risk. It is impossible to get “guarantees”, as the actual pool of the outcome of the Lottery results is much smaller than the pool from the number of possibilities that my 13 983 816 tickets are obtained from. In other words, in reality it matters whether my model predicts {1, 4, 6} as opposed to {4, 1, 6} because of the elimination process and the how the balls are arranged initially.

As a result, model risk would be a more serious factor to consider than initial appearances would suggest, even if the combinations the model produces yield (temporary) financial gains.

But surely there must be a way – what with all our fancy tech and computers and Superhero algorithms that we can predict the winning Lotto numbers?

Not so! Predicting the outcome of the Lotto through analysing past outcomes of the lottery is just about as effective as predicting apossibilityof having a hurricane at a certain time in a certain place – virtually impossible. The problem, says Khoza, is sensitivity to initial conditions.

Even if the model is completely accurate – which in reality it almost never is – you cannot predict an event with accuracy. There are just too many variables, including the initial way that the lotto balls are organised, the timing of the “ball releases” by the machine operator, to the dynamical system itself which generates the lottery numbers. This dynamical system could very well be “chaotic”, much like the comparable billiard ball problem, where it is impossible to predict where billiard balls on a pool table end up after bouncing on the boundaries, says Khoza.

In chaos theory, small changes to the initial state of a dynamical system might lead to huge errors (or variables) down the line. One such an example is the “butterfly effect”, where, in theory, a butterfly flapping its wings in China can actually cause a hurricane in Texas. In other words, small differences to the way the Lotto numbers are generated may lead to countless combinations down the line. One would even have to consider the if there was a small Earth tremor when Nimrod pressed the “release button”.

The situation is actually not difficult to assess, says Khoza. If a guaranteed strategy to win the Lotto existed, then its implementation would bankrupt the lottery system. If the lottery operators detect the problem before they become bankrupt, then they would increase the ticket price in order to make it uneconomical to implement this strategy.

So, in short, I am stuck – and there I was thinking experts were supposed to make life easier for us! There is no way that I am going to get a quick, guaranteed fix to win the Lotto. Seems like I should perhaps withdraw my resignation … and I now owe my photographer friend R500.