Is buying a house still the solid investment once thought or is it time to turn nomadic? 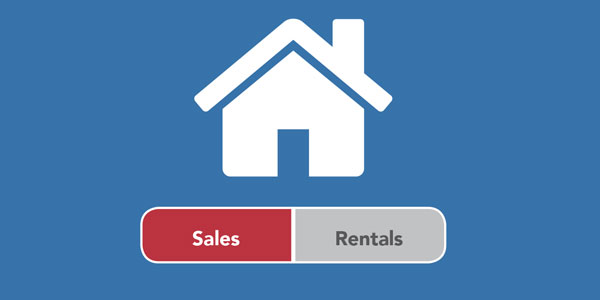 Just when South African property prices looked like they would rebound from the effects of the global economic crisis in 2008, a protracted period of slow domestic economic growth set in, slowing down house price inflation.

According to property analytics company, Lightstone, year-on-year house price inflation hit a high of 6.5% in 2014, the highest in the last decade, and has since slipped back to its lowest level in the last decade at 3.3%. This means that anyone who owns property is seeing the value of that property contracting in real terms, as inflation averages over 5%.

The forecast for 2019 is more of the same: subdued growth. However, coming off a low base, we may see a positive turnaround in the second half of the year.

The main impacts on house price inflation are made by consumer price inflation; income levels not keeping track of the rising costs of living; and interest rates. The result of slower economic growth has been an expansion of the number of South Africans moving into the lower end of the property sector, as first-time buyers, while homeowners in higher-value segments opt to downscale.

While this has held up prices in the more affordable segments of the residential property market, low economic growth will slowly see those segments losing steam too.

If residential property seems like a poor investment alongside other asset classes, Dr Kola Akinsomi, Associate Professor of Real Estate Finance and Investments in the Wits School of Construction Economics and Management (CEM), says the investment case for property should not be measured by short-term returns.

“Compared with 2008, when the prime interest rate for those getting mortgages from banks was 16%, the cost of borrowing is now 6% lower. Yes, property price growth in real terms is negative right now, but property is relatively illiquid with high transaction costs, so it’s not a short-term asset. Buyers need to look at it as a saving mechanism,” Akinsomi says.

“If you buy property today and pay down the principal amount over the term of a typical 20-year mortgage term, at the end of that term, the property belongs to you. The average age of first-time buyers is now 37, which means most of these buyers will have paid off a property just before retirement age. They have built capital and they can decide what to do with it – which is very often to downsize and have some of the capital returned to them at the point of sale.”

The alternative is renting long-term. “If you don’t invest, whatever excess you have after the rental cost each month needs to be put into retirement savings, but we know that most people tend not to be so diligent about saving. It is still wise to invest in property because that capital value will come back to us.”

Akinsomi says there are few investments that are as low-risk as property. “Property makes a good inflation hedge over the long term. The current trough is actually the perfect time to buy – it is a buyer’s market right now.”

A potential problem that may arise in the lower-value end is a shift towards the gig economy, which means fewer young people have long-term employment that lends itself to being seen as a good credit risk for lenders. The solution, says Akinsomi, will probably involve both the private and public sectors.

“The government can intervene to partner with developers, either by supplying state-owned land for development, or by applying tax incentives to make the lower tier of property values more accessible. Such inducements could stimulate demand, as could innovation from banks in developing mortgage-backed securities to bring to market as investable assets for the public.”

Prisca Simbanegavi, a Lecturer in CEM, says there are risks for property buyers – in the form of utility costs and municipal inefficiencies – that can raise the levels of mortgage defaults, as these can put pressure on affordability, but she doesn’t expect to see house prices going down for long. Residential markets are usually resilient to short-term changes in demand.

“Supply will remain under pressure. It’s always better to buy than to rent when rentals exceed mortgage repayments. While freedom of movement comes as a benefit of renting in the short term, the benefits of ownership outweigh those of renting. You’d rather have paid more into your bond than to deal with escalating rental costs.”