Brand Mandela: What’s in a name?

From his name and image, to quotes, pictures, voice and artefacts, the Brand Mandela and the legacy of the ‘father of the nation’ is complicated to manage. 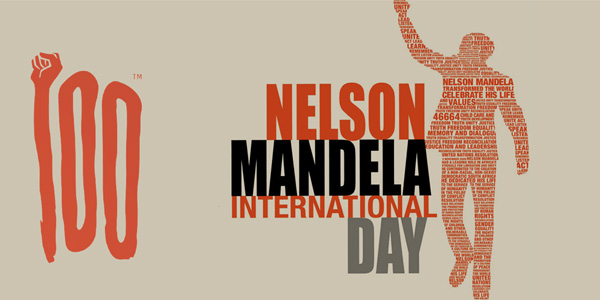 The Nelson Mandela Foundation (NMF), which promotes Mandela’s vision of freedom and equality for all, is tasked with overseeing this brand.

Steve Burgess, Professor of Marketing at the Wits Business School, explains that the NMF has published guidelines intended to protect the Nelson Mandela image and brand name from reputational harm and to align it with core values.

“Generally, the guidelines prohibit the use of his name or image to endorse a product, brand or commercial entity. The Mandela brand may not be associated with products associated with risk of public harm, such as cigarettes, alcoholic beverages, firearms and weapons, and conflict, war or violence,” says Burgess.

The most important rule is that the Nelson Mandela brand cannot be used for commercial purposes. This includes the use of Mandela’s face for commercial ventures and/or the association of people and their projects with the Foundation when they have not engaged with it.

The NMF closely guards Madiba's Legacy, and states: “The Foundation has institutionally built an in-house Intellectual Property [IP] division that helps navigate the legal aspects and communications of the brand’s management. Between the IP Department and Communications, messaging and language is closely aligned with the various projects. We have a team that continuously looks at contentious issues that surround the brand. The team advises the public on how best to use things like images of Mandela or his quotes”.

While legal action is an option for misuse of the brand, the NMF prefers consultation first (as it is less costly) but concedes that the scope of the brand is so vast that it is difficult to control every aspect of IP usage.

Interestingly, the African National Congress (ANC) is not obligated to consult with the NMF to use Mandela’s image, quotations, or name for election purposes.

“The Nelson Mandela brand means different things to different people. To the youth, the young activist Mandela is who appeals to them. To others, the equality and social justice values he stood for meant something to them. The concept of ubuntu and embracing diversity in others are other factors that have made this brand very successful,” says Vuyo Bongela, Deputy Director of Advertising and Branding at the Nelson Mandela University.

The challenge now is to identify what the Nelson Mandela University brand identity stands for and what it will become to ensure that it lives up to Nelson Mandela brand’s legacy.

“Consultations were done with the NMF and the Elders who are tasked with the Nelson Mandela legacy. There are no rules, but rather constant communication with the Foundation on how we are planning to advance and contribute to the memory of Nelson Mandela,” says Bongela.

Indubitably, Brand Mandela is colossal and successful, although the brand and name offshoots make it near impossible to quantify in Rands.

“We have not had the value of the brand assessed,” confirms the NMF – and several leading brand experts over the years have declined the challenge.

Burgess concludes, “The Nelson Mandela brand is the sum of what we have learned to associate with Madiba’s name and image” – especially his values and the relatively peaceful transition from apartheid by his application of African culture, dignity and wisdom.

“Internationally, the brand is associated most with the values that underpinned his leadership during the unprecedented transition from apartheid rule”.

And that in itself is priceless.