A Long Walk to Freedom vs the Mthatha Archives

Taking a closer look at the documentary record of his father’s life and Mandela’s recollection in A Long Walk to Freedom.

A discrepancy regarding the historical facts and dates of Nelson Mandela’s father’s title as a headman in Madiba's autobiography, A Long Wak to Freedom, came to light during the research for a cookbook, Hunger for Freedom: The Story of Food in the Lives of Nelson Mandela.

The following research is an edited version of the result of an investigation into the differences between the documentary record in the Mthatha Archives and Mandela’s autobiography, on request of the Nelson Mandela Foundation. 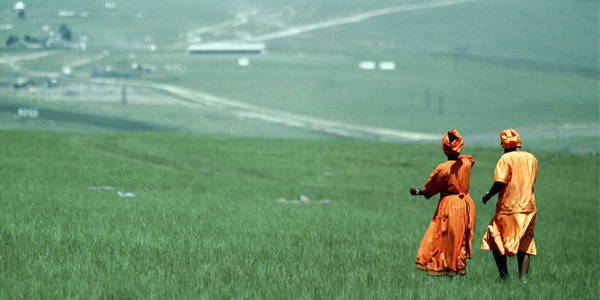 The decisive figures in Nelson Mandela’s early life were his father Gadla Henry Mandela and Thembu chief regent Jongintaba Dalindyebo. Mandela considered himself to have inherited his father’s “straight and stately posture” as well as his “proud rebellious” cast of mind and “stubborn sense of fairness”.

A critical moment of his father’s life in Mandela’s autobiography and which reflected these character traits was his father’s dismissal from his position of chief at Mvezo in Thembuland. According to A Long Walk to Freedom, his father was summoned to the local magistrate’s court when a subject complained about an ox which had strayed from its owner. His father felt that, as a Thembu royal, the magistrate had no legitimate power to discipline him, and he is reported as retorting “Andizi, ndisaqula” (“I will not come, I am still girding for battle”).

For this, according to Mandela, he was dismissed without enquiry, then deprived of most of his herd and his land, forcing the family’s move to Qunu where his father visited for a week every month. These events took place, according to Long Walk, “when he was not much more than a new born child”. At age nine, on one of his father’s monthly visits, his father died, and Jongintaba became his guardian.

In Mandela’s account, these events occurred “in the 1920s” and were constructed from others’ recollections.

However, beyond this oral record, according to documents in the Mthatha Archives, Gadla Henry Mandela was installed as headman (in colonial parlance, not chief) of Mvezo in January 1915. He replaced the former headman Hlakayana, who had previously been a colonial policeman for 25 years. Commoners were frequently appointed to headmen positions. The local magistrate held a public meeting attended by Chief Dalindyebo of the Thembu and residents were asked to nominate a new headman. None of the 12 residents present recommended anyone. The magistrate asked if Dalindyebo had a candidate and he nominated Gadla Henry Mandela, who was seemingly not a resident of Mvezo. The magistrate approved partly because “there is no man in the location suitable for appointment”, partly because “he is a strong man” and partly because “his traditional stature should command respect”.

The documentary account of Gadla’s dismissal also differs from the family history. He appeared before a magistrate’s enquiry, was cross-examined, found guilty and dismissed. He lost his position, as the autobiography asserts, but it’s unclear why this automatically entailed loss of his fortune, land and herd.

Perhaps the biggest discrepancy is the date it took place, September 1926. Long Walk places this much earlier. If Mandela and his mother moved to Qunu in 1920-21, as seem likely, this was five to six years before Gadla’s dismissal.

A key question is then why and when they moved. Mandela recalls first attending school at Qunu at the age of seven, some years after arriving there, which would have been 1925. His father apparently died in 1927. Something has evidently been left out of the family accounts.

A common thread weaves its way through both Gadla and Hlakayana’s stories of dismissal: alleged irregularities over the allocation of land. This authority of the headman and the ability to deploy it for material benefit was both complicated and constrained by a programme of surveying plots, and the magistrate’s office compiling a register of authorised occupants.

Gadla was arraigned in the magistrate’s office on five charges of allotting unsurveyed land to five residents without the magistrate’s knowledge. Gadla’s defence was feeble. He brought no witnesses and for the most part simply denied the charges as fabricated. The complainants, by contrast, brought witnesses and presented detailed circumstantial evidence such as a description of the cash (four pound notes and a silver coin) or the animal (a black bull calf, white between the legs) with which he was paid for his services.

Documentation shows there was nothing particularly unusual or excessive in Gadla’s behaviour, in terms of the unwritten headman protocols of the time. This is confirmed by the fact that he was not only preceded in the office of headmanship by a magisterial appointee but was followed by another, Ntabazulu Mtirara.

Only a year before Gadla’s dismissal, a trader, AT Wood, had written to Transkei’s chief magistrate about Gadla’s methods of allocating land: “Selling of sites is quite a common thing, or so I am told by natives – and a good cow to the headman will often get a kraal”. Gadla was doing nothing out of the ordinary.

It seems probable he was plunged into a spiral of economic decline because he had been displaced from centres of political power and had lost the support of the Thembu royal house. This, more plausibly than anything else, precipitated his family’s departure to Qunu (the chronological fit makes Nelson 28 months old) and which may conceivably have induced Gadla to exploit his position of headman for personal gain, and stripped him of political defences in court.

After Gadla’s death, Jongintaba at the Thembu ‘Great Place’ at Mqkekezweni became his guardian. However, Jongintaba remains a somewhat remote, inaccessible, even wooden figure in Mandela’s account. Other reports are different.

Chief Magistrate WT Welsh in a letter to the Secretary for Native Affairs in 1920 asserted that Jongintaba “is addicted to drink, is heavily in debt, and quite recently there was a writ for civil imprisonment out against him”.

Probably £14 a year was expended on fees for Mandela alone, a financial burden which Nelson gives no sign of having registered, but makes Jongintaba’s fury at Mandela’s refusal to bow to authority at Fort Hare easier to understand.

The constant threat of civil action which hung over Jongintaba seems to have passed Mandela by. Whether this played any part in prompting Jongintaba to try and force arranged marriages on Nelson and his own son Justice cannot be known, although Nelson’s sending down from Fort Hare apparently did. All we know for sure is that the two young men’s escape to Johannesburg to evade the threatening marriages, the first key decision Nelson made in his life, signalled the opening of Mandela’s new professional and political career. The Long Walk had begun.

Nelson Mandela in Long Walk eschews any claim to the Thembu chieftainship. His grandson Zwelivelile “Mandla” Mandela, however, portrays himself as the automatic heir to the headmanship of Mvezo on the grounds of a continuity stretching back to the 11th Century, and takes for granted that Gadla lived in Mvezo. The documentary record suggested otherwise.

The Nelson Mandela Foundation acknowledges a discrepancy in A Long Walk to Freedom regarding Mandela’s father. In the Frequently Asked Questions on their website, the Foundation states: