Africa Rising - the future of investment

Drawing on a database of Foreign Direct Investment (FDI) flows between roughly 1 200 world cities and covering a period between 2003 and 2017, The State of the African Cities 2018 report: The geography of African investment has been hailed as an invaluable resource for African cities wanting to attract investments and for investors around the world looking to understand the geography of investment in Africa: Where are the places that are growing?

“The aim of the study is to contribute to policies that can turn African cities into more attractive, competitive and resilient FDI destinations and how to use investment to improve economic development,” says Ronald Wall, Full Professor and Chair in Economic Development of the City of Johannesburg in the School of Economic and Business Sciences (SEBS) at the University of the Witwatersrand. Wall initiated the research and is also the chief researcher and author of the report (see more below).

“Cities shape the economic performance of entire countries and regions and should therefore be viewed as constituent parts of regional economies of scale. In advancing the economic development of the African continent, while addressing high levels of income inequality, unemployment and poverty, the five major African regions, within the responsibility of their respective regional institutions and the African Union, should closely collaborate to target different sources of FDI worldwide. Attracting global FDI is highly competitive and therefore regional cooperation is critical to amplify individual cities’ and nations’ negotiation strength,” says Wall.

Key aspects of FDI in Africa

Using geographic information systems (GIS), network analysis and econometric techniques, Wall and fellow researchers tracked and mapped some 200 000 investments from city-to-city around the world, to reveal some key aspects of FDI in Africa:

The power of Johannesburg

A case study on Johannesburg, researched and written by Professor Umakrishnan Kollamparambil and Rubina Jogee from the Wits School of Economic and Business Sciences, explores how “Jozi” it is not only the economic powerhouse of South Africa but also the gateway to Africa for multinationals and corporate investments:

What African governments need to do to attract more FDI?

From the results of the study it is clear that what governments do, matter.

Says Wall: “In an age of globalisation and the emerging Fourth Industrial Revolution, the role of African cities and urbanisation must reverberate the long-term economic, spatial and demographic planning of the continent.

“What we have seen in the study is that around the world FDI/investments decreases inequality but in Africa it can increase inequality. One of the reasons for this is what is called ‘absorptive capacity’. Governments need to ensure that graduates are match-making with global demand of companies. Otherwise multinationals cannot employ a local workforce.”

“From the results it is clear that government policies play an important role. The more a government invests in higher education, the better students can be educated to match the demand in the investment world and multinationals can therefor find local talent instead of importing skilled workers.”

With good governance practices, this can make an African city/country much more attractive to investors.

Hi-tech food for the future

Going forward, the report warns that food security will in the near future be one of Africa’s biggest challenges. Africa has a huge food-producing potential with highly arable land and 60% unemployed youth. But the continent still needs an “agricultural revolution”, which should go hand-in-hand with its rapid urbanisation. Thinking of medium tech and high-tech forms of farming, and particularly peri-urban farming.

The current negative stigma of poverty and subsistence agriculture needs to be changed into one of medium and high-technology food production.

“Africa imports a lot of its food and we are going to run out of food. But the report shows that while we still need big crops, such as maize, modern agriculture and farming today is happening just outside cities with medium and hi-tech technologies.

“There is a need for a new strategy for food FDI in Africa and partnerships with local authorities to stimulate capacity building, new technologies and job creation through industrial food production,” says Wall.

Unique features about the report: 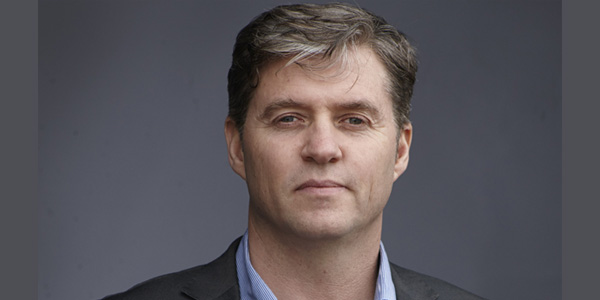 Professor Ronald Wall holds the Chair in Economic Development of the City of Johannesburg based in the School of Economic and Business Sciences (SEBS), Faculty of Commerce, Law and Management at the University of the Witwatersrand in Johannesburg, South Africa. He is also the Head of the Urban Competitiveness and Resilience (UCR) department at the Institute for Housing and Urban Development Studies, at Erasmus University in Rotterdam, The Netherlands. He holds a PhD in Economic Geography from Erasmus School of Economics, and MSc in Urban Design from the Academy of Architecture and urban Planning in Rotterdam. He has been published widely in both urban development journals and leading economic geography journals. Currently he is a member of the Wits Urban Hub, which is a multidisciplinary center for African city research that is currently being developed by various Wits Faculties including economics, health, governance, architecture, engineering and sociology.

Wall’s work emphasises the importance of understanding cities across local, regional and global scales, and how network interactions between these scales affect the development of urban agglomerations, with the aim of achieving higher competitiveness and resilience.