What makes waves in water crises?

Column: Water problems are in large measure problems of people and organisation, not problems of engineering. 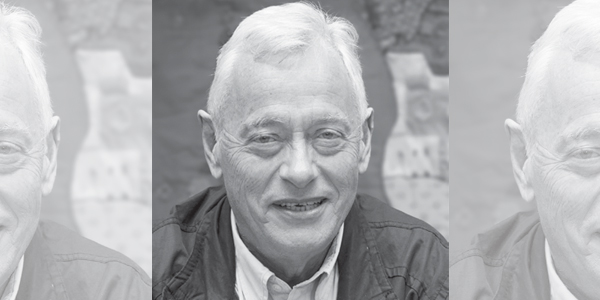 Since I am a professional engineer and have spent most of my career working in the water sector, people are sometimes puzzled when they learn that I am based at Wits University’s School of Governance.

But I explain that much of the business of managing water happens in the public sector and that many of the problems we face are more the result of poor governance and management than any water shortage.

Consider Cape Town, where the hapless water engineers have politicians from all three spheres of government trying to tell them what to do.

Water problems are in large measure problems of people and organisations, not problems of engineering. The planning and engineering we can do, if only we were allowed to get on with it.

But have some sympathy with the politicians. They face three challenges.

The first is simply that planning, developing and managing water resources for large cities are complex tasks. Second, it often requires coordination between a range of different organisations, which often have no accountability to each other and may not even want to work together. Finally, the process often requires decisions to be taken 10 years or more before the water is actually needed.

On the first count, water is a difficult resource to come to grips with, literally and figuratively. It is required in very large quantities – to meet government’s minimum standards, 6 000 litres of water (that is 6 metric tonnes of water) have to be delivered to each household in the country every month, reliably.

To store, treat and transport such large volumes, large public infrastructure of reservoirs and pipelines are usually needed. Except in coastal cities using expensive desalination, that water is derived from rain, which fills streams and rivers and seeps into underground aquifers [an underground layer of water-bearing permeable rock].

Our rainfall varies dramatically and cannot be predicted from one week to the next, let alone from one year to another; the flow in rivers is even more uncertain; the threat of climate change introduces more unknowns. Yet modern societies need a reliable water supply for households and the economy.

To respond, the engineering professions, supported by scientists, climate scientists and statisticians use historic data on rainfall, river flows and underground resources to predict possible water futures. They estimate how much will be available at a given level of reliability – typically, for urban supplies, it should only fall below requirements once in every 50 years. If the likely demand and how it will grow can be estimated (which depends on population and economies, as well as whether people’s water use habits change, and how effectively suppliers manage water losses), then supply options can be identified.

Usually, the recommendation is made on the basis of cost – it makes no sense to adopt an expensive option while cheaper ones are available. So, for Cape Town, over a decade ago it was recommended that a further river diversion be built on the Berg, followed by development of the groundwater of the Table Mountain aquifer and then the construction of plants to reuse some of the wastewater that, after treatment, was just flowing into the sea. That was expected to get the City to 2030.

That brings us to the second problem. Someone must then decide what to do next and how to pay for it. Except in small communities, this involves a range of different organisations which have to come to an agreement about how to proceed. In Cape Town’s case, water comes from well beyond the City’s boundaries.

National government has historically built and connected some of the larger dams on which the City currently depends. But they will not do this unless the City agrees to take the water – and pay for it. And, as it happens, about a third of the water from what they call the Western Cape Water Supply System is used by farmers. The provincial government is responsible for looking after their interests, so all three spheres of government are involved.

How do you get all three sets of organisations – and their often fractious stakeholders – to agree on a programme of action? They all need to have confidence in the technical recommendations but, inevitably, they also have different agendas and interests.

Farmers want more water at lower prices; in Cape Town, many of the better-off citizens object to big infrastructure which, they say, spoils their environment; for good reasons (efficiency) or bad (potential profits) national government actors might prefer to build a dam, which they control, while the municipal officials would rather reclaim wastewater in its own facility.

So there is plenty of scope for disagreement, which leads to the third problem, the time frame. Most politicians think short term, at best from one five-year electoral cycle to the next. But major projects, from planning and design and construction and commissioning, can easily take twice that. This offers little incentive to political actors to take a decision and the temptation to procrastinate is strong.

A century ago, Cape Town was running out of water as demand exceeded the supplies from springs on Table Mountain. “Will it come to this?” asked a Boonzaier cartoon in 1918, showing a queue of (white) people with buckets in front of the City Hall. At the time, the local village councils were dithering about whether to cooperate to build the Steenbras Dam or one at Wemmershoek.

Around 2000, there was a similar argument (and delay) around the building of the Berg River Dam, which is currently saving the City from itself. In 2018, work began on projects that were recommended, 10 years previously, for completion by 2017. And, because it is being done in a rush, costs are far higher than they need to be. Meanwhile, drought restrictions have cut water revenues, adding to the City’s financial burdens.

The Cape Town story illustrates well the conclusion to which water professionals have since arrived: There will be a water crisis unless we change the way we manage our water. My interest is to understand the theoretical issues implicit in that simple statement. At a large scale, I look at approaches to cooperative federal government; at a small scale, at the institutional economics of Nobel Prize laureate, Elinor Ostrom (known for her work in natural resource management and common pool resources), which verges on anthropology. Interesting approaches to ‘network governance’ may help different institutions to work together.

Meanwhile, the technicians increasingly use their complex system models as a framework for discussion to help politicians and other stakeholders understand the issues. The challenge is to turn that theory into practice.

Mike Muller is a Visiting Adjunct Professor in the Wits School of Governance. He is a civil engineer with extensive experience in strategic public and development management. As Director General of the South African Department of Water Affairs and Forestry (1997-2005), Muller led the development and implementation of new policies, legislation and programmes in water resources and water services. He now undertakes research on the role of water resource development and management in regional integration in Africa.