Interview with Lord Peter Hain about his efforts to bring British banks to justice for their alleged involvement in state capture.

Lord Peter Hain tabled a series of allegations in the UK’s House of Lords relating to the possible role of British banks in alleged money laundering and illicit financial transactions centred around South Africa’s President Jacob Zuma and the Gupta family. 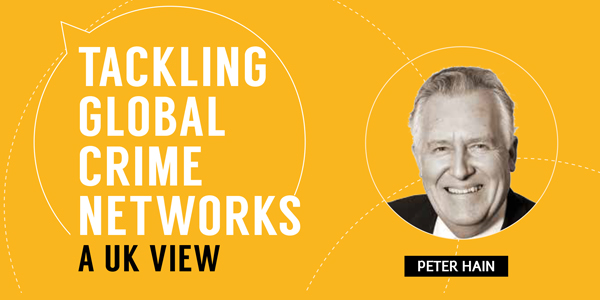 In the House of Lords you said the illicit transactions were “part of a flagrant robbery of South African taxpayers”. What do you mean by this?

As I explained in my speech, the Guptas, a family from India that relocated to South African have, with the connivance of the South African Presidency been getting government contracts and allegedly thereby robbing taxpayers of billions.

On regular visits to South Africa – most recently last month – I have been stunned by the systemic transnational financial network facilitated by the Guptas and the presidential family, the Zumas. If there had been more proactive and genuine cooperation between the multi-jurisdictional law enforcement agencies – and within and between the banks, which have been moving money for the alleged Gupta/Zuma laundering network – the devastation wrought on South Africa could have been significantly reduced. And perhaps, the financial institutions involved would have been better able to mitigate their exposure.

So does it point to South Africans benefiting from the illicit transactions?

I had delivered by hand to Philip Hammond, the Chancellor of the Exchequer, printouts of transactions, and named a British bank concerned. I asked that he again refers these to the UK’s Serious Fraud Office, the National Crime Agency and the Financial Conduct Authority for investigation.

This information allegedly shows illegal transfers of funds from South Africa made by the Gupta family over the last few years from their South African accounts to accounts held in Dubai and Hong Kong. Many of the transactions are legitimate. But many certainly are not.

The illicit transactions were flagged internally in the bank concerned as suspicious. But I am reliably informed that the bank was told by the UK headquarters to ignore it. That is an iniquitous breach of legal banking practice in the UK, which I trust ministers would never countenance. It is also an incitement to money laundering. This has self-evidently occurred in this case, sanctioned by a British bank, as part of the flagrant robbery of South African taxpayers. They have lost millions of pounds and many billions of their local currency, the rand.

Was there a specific event that triggered your request to the Chancellor?

I was asked by senior African National Congress figures and stalwarts to do this. My relationships with them go back more than half a century when we stood shoulder to shoulder fighting apartheid.

As before, my latest information has been supplied by South African whistleblowers deep inside the system who are disgusted by the corruption at the heart of the state.

What do you hope to achieve?

There are disturbing questions around the complicity – witting or unwitting – of UK global financial institutions in the Gupta/Zuma transnational network. There are also disturbing questions about these institutions’ willful blindness to the reality that the laundering process often necessitates financial systems with lax regulation and controls. Unless we urgently find ways to leverage our respective capabilities to coordinate and influence action between the law enforcement and banking sectors we cannot win this battle. This coordination needs to happen domestically here in the UK as well as globally.

Unless we use the opportunity to crack down meaningfully, those who want to break the law will always be one step ahead. We must therefore get the international authorities to close down any money laundering networks.

As someone who fought against apartheid, how do you feel about having to take up a campaign against the country’s democratically elected government?

Having been active along with my brave parents in the anti-apartheid struggle it’s painful for me to witness corruption within a monopoly capital elite around Zuma’s family and their close associates the Gupta brothers.

But we should look closer to home, here in the UK. The complicity of our financial institutions in this, as well as the responsibility of law enforcers and regulators in all the concerned jurisdictions, should make government ministers and parliamentarians hang their heads in shame. Just as they were complicit in sustaining apartheid, so today they are complicit in sustaining the corrupt power elite in South Africa which is now betraying the legacy of Nelson Mandela and the anti-apartheid struggle.

Winning the war against financial crime will require coordination, influence, action and accountability between multi-jurisdictional law enforcement agencies. The success of criminal networks also relies on the action or inaction – and cooperation or non-cooperation – of the relevant law enforcement authorities.

Lord Peter Hain was a vocal anti-apartheid activist born in South Africa but who grew up in the UK. He is a visiting adjunct professor at the Wits Business School. This article was first published in The Conversation Africa – www.theconversation.com/africa