In a world controlled and dominated by robots, is there still space for humans?

We've all seen this movie before: Man builds machine. Machine starts to speak. Man gets into trouble. Then, the variations start: Machine starts to cry (or grin wickedly). Machine saves man. Or kills him (and returns in the sequel to kill the man again).

The Fourth Industrial Revolution is upon us and everyone is afraid. Computers, robots, Artificial Intelligence (AI) and other yet-to-be invented technologies are about to change our lives.

In the near future, you may not have to drive yourself to work (because your car will do the driving, and you may not have a job anyway); your fridge will order your food (if it doesn’t already); and your car will book itself in for a service – and negotiate and approve the fee – without you even knowing about it.

Researchers at Wits are finding more and more unique and interesting ways to employ technology and AI in the workplace and to improve people’s lives and well-being. The Wits Centre for Mechanised Mining Systems provides key support to mines undergoing mechanisation, while, in the Faculty of Health Sciences, researchers have found ways to control a robotic arm with the brain, or a wheelchair by using eye movement. They have also used the Vestibulo-Occular Reflex (an impulse our eyes use daily unbeknownst to us that fixates our vision while we move our head) to control the mouse cursor on a computer game.

In this increasingly technology-driven world, our future seems uncertain. With robots and machines doing more of the tasks that we are supposed to do – and in many cases doing it better – the question arises of where we fit into this future. Lists of jobs that become obsolete are published at increasingly frequent rates, and every week there are new jobs that are red listed. Are we turning into lap dogs, existing only to be served by – and to provide entertainment to – robots? 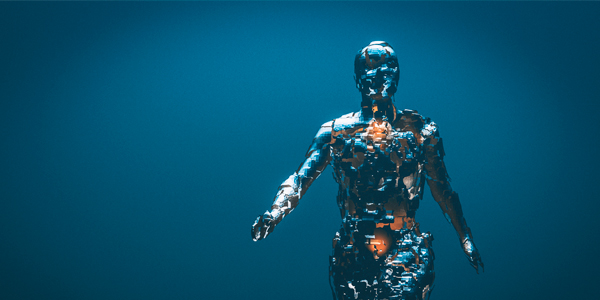 While there are genuine concerns about possible job losses in the Fourth Industrial Revolution, Professor Andrew Thatcher, Chair of Industrial and Organisational Psychology at Wits, says that we are naturally built to make use of technology, and there could be more potential benefits than threats in this new world. “Using technology is literally built into our DNA,” says Thatcher. “Introducing, designing and implementing technology is a very integral part of who we are as human beings. In fact, a large portion of people’s jobs is about coming up with the right technology, designing, building and implementing the new technology, and teaching people how to use different technology.”

While the automation of the workplace might cost some workers jobs, the mechanization of industrial workplaces, like mines, can benefit in a variety of ways, including a safer and healthier working environment; increased productivity and improved profitability; better opportunities for more fulfilling work; a more satisfactory working environment for women; and technological challenges that attract skilled people to the industry. Thatcher believes that the changes technology brings are a natural process and that while some jobs might be lost, new technologies will create much more jobs in the process.

“Change that technology brings have happened right through the ages. If you go right back to early humans, in the Palaeolithic age, we went from running around trying not to get eaten and picking and eating what fruits we could get hold of, to tool use, and that changed the different tasks that we undertook,” says Thatcher. “In fact, tool use is a very important part of our own human evolution, so as we go through the ages, we see tech changing. We don’t see the banging of two rocks together as being tech, but at the time that was advanced technology. Nowadays we don’t see computers as technology, but in the mid- to late 1970s it was radically changing the way work was being done. Computers created many jobs.”

Like Thatcher, Dr Christopher Wareham, a Lecturer in Bioethics and Moral Philosophy in the Steve Biko Centre for Bioethics in the Faculty of Health Sciences, believes the revolution will benefit society. “There is an over-emphasis on potential harm,” he says.

Wareham doesn’t believe that our world will become a place where we become completely redundant and served by an army of robots. However, should we, at some stage, be in a position to build a robot well enough to have sufficient “human” abilities, we would be obliged to consider its interests in the same way that we consider the interests of humans. “It would be similar to creating a person or a child,” he says.

Wareham explains that on some definitions, you don’t have to be a human to qualify as a “person”, and not all humans automatically qualify as being persons. The definition of a person is one of the most controversial areas in moral philosophy. Wareham defines a person as an entity capable of “reflective self-control”. This requires, firstly, the ability to grasp and apply moral reasoning and secondly, the ability to regulate one’s behaviour in light of those reasons. “This is controversial, since it may exclude mentally impaired human beings and perhaps infants from being categorised as full persons,” he says.

By this definition, it may be possible for robots with the right abilities to be classified as persons. “It is important that we start looking at this type of vision of how we interact with robots,” he says. “If we create a new form of sentient being on the planet, we should treat that being in the same way we should behave towards other sentient beings. The current mistreatment of animals shows how we may go badly wrong in the unethical treatment of sentient beings. Hopefully, we will treat them better than we currently treat animals.”

This could include the right to a decent existence, but with that right there are responsibilities. With robots or cars having increasingly automated capacities, who would be liable should a robot kill someone? Or, more realistically, if a self-driven car runs someone over?

“This issue is mostly under discussion in most jurisdictions, and legal principles are still being developed,” says Professor Pamela Andanda from the Wits School of Law. “The common approach is to automatically hold the insurer liable if there is no evidence of defect, that would point to the default manufacturer’s liability, or failure of the owner to update the software, or authorising inappropriate use that would lead to the owner’s liability.”

But, back to the question: If there are going to be machines that do everything better than us, where do we fit in?

Both Thatcher and Wareham say that, as we are social beings, this is where our future lies. In being social.

“ATM banking is more accurate and quicker than a human bank teller, and we can do our banking over the phone. Yet, we still want to have someone at the other end of a phone line to complain to in order to get the sense that they understand,” says Thatcher. “Similarly, while a computer can fly an aeroplane much better, and it would probably be safer for computers to fly our planes, nobody would get into an aeroplane while knowing there is no pilot. We need to be assured that there is someone in control that values their own life as much as we value ours.”

Wareham believes that the new economy will become more social, with people filling roles that require social interaction, like bar tenders. But, is there enough of a market for that?

The Fourth Industrial Revolution will create many new jobs, believes Thatcher. However, these jobs will not necessarily be where they are now. People might have to reskill themselves, or even move to another country. "If you move the job within the same country, it creates a certain set of problems, but you create another level of problem if you move it across national borders,” he says.

This is a particular concern for a country like South Africa, with low education levels and few tech skills. “What ends up happening is that the automation comes from the United States, Japan or Europe, which means that the people here in South Africa lose jobs because they are not involved in the design or implementation of the automation or the training of the automation,” he says. “As a society, we do not need to be scared of the Fourth Industrial Revolution, but as a country we do need to be concerned about our role in the future of the global knowledge economy, to ensure that we are active creators and participants rather than passive users of new technologies.”

Read more about the interface between humanity and technology in Wits' new research magazine CURIOSITY, the iHumanedition.