Urban mobility on the African continent is arguably at a crossroads. On the one hand, there has been a recognition that in many contexts, especially in smaller urban settlements, modes of transport such as walking and cycling are dominant practices in people’s daily lives. On the other hand, investments in some urban contexts enhance and develop car-dependent mobility systems with policymakers at a loss about how to invest in public transit systems.

In the path towards sustainable transport futures on the African continent, historically informed and spatially sensitive academic scholarship can be of immense value. However, existing scholarship on urban transport questions on the continent is predominantly a-historical which is problematic, given the path-dependency of mobility systems. A further gap evident in historically inspired scholarship on urban transport on the continent is the limited attention to potential relationships between past decisions and contemporary urban transport dynamics on the continent. If particular contexts are not appreciated as having specific histories which matter in contemporary planning, it results in the tendency for policy borrowing that ignores place. These are significant shortcomings in the academic literature that also rob the policy agenda for sustainable transport on the African continent of valuable insights.

In contributing towards such a vision where historically informed and comparative scholarship supports transitions towards sustainable urban mobilities on the African continent, we see a coherent network at the core. We call this network, African Urban Mobilities: Past, Present and Future (AUM). The AUM will bring together researchers from a range of disciplinary perceptiveness together to generate academic and policy-relevant insights. Some of the key questions the network will address include:

The AUM is convened by:

In early 2014 the second phase of the Swiss South African Joint Research Programme project Safeguarding Democracy: Contests of Values and Interests was initiated. The project has two interrelated focal areas: Social Movements, Migration and the Media and Women’s Human Rights and Gender-Based Violence. Noor Nieftagodien is the SA co-ordinator of the research on Social Movements and Migration (with Elisio Mocamo in Basel) and Sheila Meintjes on Women’s Human Rights and Gender-Based Violence (with Doris Wastl-Walter). Other SA members of the project are: Phil Bonner, Sekiba Lekgoathi, Cynthia Kros, Ursula Scheidegger, Fatima Mukkadam and Nyonde Motswane. A workshop was held in June 2014 in Bern to formulate plans for this phase of the research. The overall questions and methodology for the project were established and timelines agreed. Research is ongoing and first drafts of papers will be presented at a workshop to held from 7 to 9 September 2015 in Johannesburg.

Our work with PARI constitutes one of our major partnerships. For some years our collaboration centres on the ‘Emerging Communities Project’, which is being funded by the National Research Foundation (NRF). The project initially focused on the social dynamics of new residential areas – particularly townhouse complexes and gated communities - in the West Rand. Over the last few years the project has expanded to other areas including towns in the Free State, North West, and Limpopo, as well as informal settlements that have grown on Johannesburg’s outskirts. The project has generated considerable new research on themes that include trajectories of class formation with particular reference to the emergence of a new black middle class, the role of various institutions (both formal and informal) as drivers of economic and social change, identity formation, histories of secondary towns, changing patterns of migrancy post-1994, and ethnographies of the local state and the public sector.

We signed an MOA with the University in 2011, which has enabled several staff and student exchanges. In 2012 we jointly organised a conference on "The ANC Between Home and Exile" in Naples, to mark the occassion of the ANC centenary. This led to a book publication of the same title.

This partnership has focused on the production of an edited volume comparing the anti-apartheid struggle and civil rights movement. South African contributions are mainly by History Workshop members (Noor Nieftagodien, Phil Bonner, Bridget Kenny and Tshepo Moloi), but also by Thozama April (Fort Hare) and Ian Macqueen (Pretoria). Noor Nieftagodien and Bill Chafe are the editors.

University of Nairobi: The underground in liberation struggles in Africa

A partnership has been established through initial staff visits and then the signing of an MOA between the Universities. Central to the partnership will be joint research project of which three have been identified: the underground, biographies of resistance and urban local governance and contentious politics. The Underground project, funded through a catalytic grant by the National Institute for Humanities and Social Sciences, aims to interrogate the idea and practices of the underground (or clandestine forms of political struggle) in different parts of the African continent. Two workshops, one in Johannesburg and one in Nairobi, brought together scholars and postgraduate students from South Africa, Swaziland, Mozambique, Namibia, Cote d’Ivoire, Egypt, and Kenya over a two year period. Through a comparative approach, the project seeks to contribute to new understandings of the underground and more generally of African liberation struggles from the 1950s to the present. Three principal outcomes are envisioned: laying the foundation for substantive collaboration between African scholars, training of postgraduate students and the publication of an edited volume. 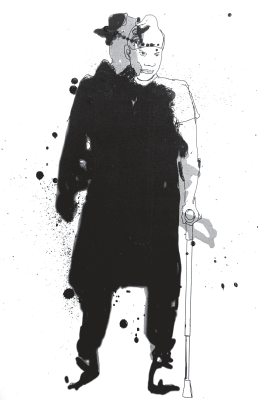