Banning popular apps like TikTok and WeChat is about more than a spat between the US and China. 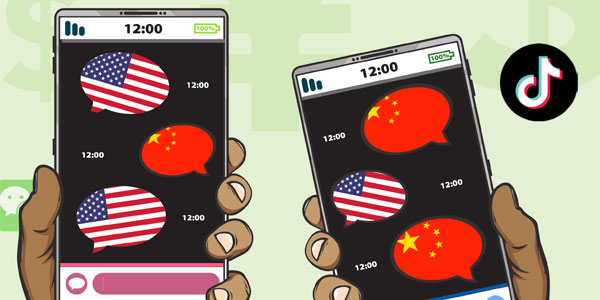 Dedicated users of Chinese-developed social media apps TikTok and WeChat may have been infuriated by US President Donald Trump’s threats to ban their use in the US. But for the rest of the world, it looks like just another US/China trade manoeuvre.

It is not, though. It centres on a number of long-running, pertinent issues that are likely to stay unresolved even after the dust has settled on TikTok and WeChat.

At issue are whether governments can access personal information for control purposes and corporates can do so for profit; how to control the spread of ‘fake news’; whether there needs to be a global internet oversight body; and whether trade protectionism is sweeping the world, post-Covid.

Trump’s threats to ban TikTok (with about 100 million active users in the US) and WeChat (with about 20 million) apparently stem from warnings from the US security establishment that these apps could be used by the Chinese government to collect data on US citizens and launch disinformation campaigns. But the Chinese media believe there is a commercial agenda.

John Stremlau, Honorary Professor in the Department of International Relations at Wits, says it is difficult to understand what Trump intended with this ban, but it was probably partly a pre-election move to put a gloss on his administration’s ‘tough on China’ foreign policy.

Stremlau says that the US ban is unlikely to be followed by a similar ban by South Africa, as SA currently has better relations with Beijing than with Washington.

WeChat and TikTok are mining user data for profit, similar to platforms like Facebook, Twitter and Google mining data for disinformation – although the Chinese government may be more actively involved than the US.

Professor Imraan Valodia, Dean of the Faculty of Commerce, Law and Management at Wits, says one of the main concerns about these developments relates to surveillance and the use of the data that is collected.

“I understand TikTok’s algorithm generates data about users, so the question is who has access to that data and what will it be used for? This is a complex legal matter.”

According to the Harvard Business Review, the implications of the US ban on TikTok are less to do with accessing US customer data (which is probably available elsewhere, anyway) and more that the threat to ban everyday technologies could spiral out of control and prompt retaliation. This would affect international trade.

Mills Soko, Professor in International Business and Strategy at the Wits Business School, says that the battle for control of TikTok in the US goes beyond social media and spying concerns.

“It is bigger than who owns the popular app. It is essentially about the future of US-China relations, as well as the volatile and unpredictable business environment which companies are forced to navigate as tensions between the two countries intensify.”

He says that the TikTok saga is in some ways a replay of the Trump administration’s campaign against Huawei. Both are proxy fights about a wider battle for global technological supremacy between the world’s two largest economies. Both fights have aroused fears about the possible emergence of a world order characterised by the decoupling of the US and Chinese economies, the rise of economic nationalism and its attendant hostility to foreign investment, and the disruption of global supply chains.

These developments will have adverse consequences for the global economy and companies, Soko warns.

Control of the internet

“Social media is feeding illiberalism and privacy is being infringed. It is absurd for Twitter and Facebook to say that they cannot control what is collected and disseminated on their platforms,” says Stremlau.

“Of course it is possible to exert oversight, but the question is how. Nations will have to devise credible, decent legislation because the alternatives are worse. We will not preserve democracy unless we tackle the issue.”

Stremlau says that the impact of the US-China disputes over technology could be a bifurcation of the internet. This would be negative for the rest of the world, which is increasingly bound together. In the face of current threats such as climate change and Covid-19, the internet can play a vital role in conveying information.

“What is needed is a global body or commission that will manage the internet,” he says. “We already have similar bodies for telecommunications, health (although the WHO needs to be reformed and strengthened) and air travel. It should be an independent, government-sanctioned body.”

Valodia says that the dispute raises questions about the extent to which the state can determine who can operate and what digital applications its citizens are allowed to use.

“The bigger issue here is about the control of different types of technology,” he says. “This ban centres on complex issues around the way different countries use, or do not use, data-gathering systems.

“We can probably expect various reciprocal legal challenges and attempts to ban certain applications and systems,” says Valodia. “The fact is that governments and private corporations are already collecting our data, for example Facebook and Apple, and it is not clear what they use it for.”

He agrees that there is a need for a global architecture of rules for the management of data. An institution like the World Trade Organization would be a good place for this kind of treaty, as it already enforces rules on trade systems.

“However, there are some quite large national and individual rights issues at stake here,” says Valodia. “For example, everyone assumes Facebook is a free service, but our buying habits and our internet habits are being monetised. Do they have the right to do so and who gives them that right? It is a multi-faceted issue.”