If history has taught the world anything, it’s to ignore the warning signs and carry on catching diseases. 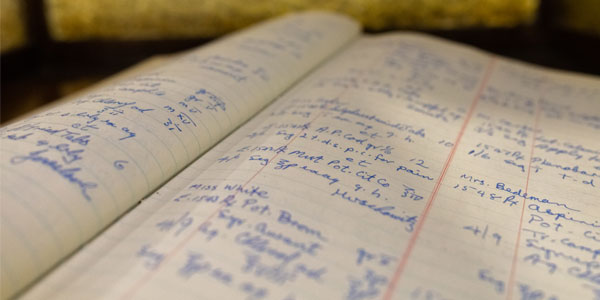 The word “pandemic” is heard just about in every radio and TV advertisement, seen on every news site and heard around dinner tables all over the world. While it has suddenly cropped up as a hot topic among our generation, the history of pandemics is as old as the human species itself – if not older.

Pandemics come from the intermingling of different creatures and animals under different conditions. They are on the move from epidemic to endemic to pandemic – the Greek words of ‘pan’ meaning ‘people’ and ‘demos’ meaning ‘widespread’. And they are not done with the human race.

“There have been a number of recognised pandemics in recorded history with the oldest recorded just over 7,000 years ago,” says Catherine Burns, Associate Professor of Medical History, Adler Museum of Medicine at  Wits. “We have physical, narrative and medically recorded evidence of pandemics that have moved through thousands of years, and the most virulent was smallpox, only eradicated in the 1970s.”

Smallpox has been found in the remains of mummified humans buried in the third century BCE. The disease has cropped up throughout recorded history and its emergence has been directly linked to the movement of human beings. The disease killed 200 million people throughout its lifetime. The first ever vaccine was created to defeat this disease.

The Black Death, one of the most fatal diseases for which there are records going back at least 3 000 years, was known as The Plague, The Pestilence or The Great Mortality. More than 250 million people died from the disease in Eurasia and it wiped out around 30-50% of Europe’s population.

Since then, the world has faced the consequences of other influenza strains, waves of cholera and yellow fever, tuberculosis, polio, and then HIV/Aids, SARS [Severe Acute Respiratory Syndrome], Swine flu, Ebola, MERS [Middle East Respiratory Syndrome] and Covid-19 [Corornavirus Disease 2019].

Pandemics come from human-animal mingling and from human expansion across previously hidden recesses of the globe. Population movement contributes to the spread of infectious diseases. This is further complicated by travel hubs, increased population density, personal hygiene, and comorbidities. From wars to planes to cars to trains – disease moves from the epidemic to the pandemic thanks to the movement of human beings. An epidemic refers to a disease that is actively spreading: whereas endemic is the constant presence of a disease in a specific location. Pandemics, however, have ‘passports’ – they cross borders.

“It is important for us to keep in mind that we have already witnessed several pandemics prior to that caused by SARS-CoV-2. We’re currently in the seventh pandemic of cholera and the third pandemic of plague,” says Professor Adriano G. Duse, Chief Specialist, Chair and Academic Head: Clinical Microbiology and Infectious Diseases at Wits. “Pandemics are not new. We were warned. The International Health Regulations, introduced in 1969 and modified in 2005, are aimed at preventing the spread of infectious diseases between countries and continents.”

Then, in 2011, the World Health Organization (WHO) issued a warning: “The world is ill-prepared to respond to a severe influenza pandemic or to any similarly global, sustained and threatening public-health emergency.” Its warning was echoed by experts and leaders from around the world – Joshua Lederberg, then president of Rockefeller University, Bill Gates, and leading epidemiologists and virologists who all raised the red pandemic flag long before Covid-19 dominated world headlines. The virus has exposed exactly how unprepared humanity was for its impact and begs the question: how do we prepare for what happens next?

“We’ve a lot of evidence that pressure on resources and the plant and animal kingdoms have made us more vulnerable,” says Burns. “We have closed the spaces, and while we’ve made advances in keeping older people and children alive for longer, we’re doing huge damage to animal and plant ecosystems. We need to find ways of sharing the insights learned by experts across multiple silos and with leaders who can ignite global action on a scale that will impact all our lifestyles.”

To avoid a potentially dystopian future – a society characterised by human misery, disease, and overcrowding – the world has to slow down its voracious devouring of resources and land. It has to find better ways of putting expertise and insight into action so as to resolve the pressure on systems, to reduce protectionism and rather share resources and knowledge.

There is no reliable vaccine for tuberculosis, HIV/Aids is not cured, and the Covid-19 vaccine is not immediately available. So, not only does the world need to pool its knowledge, but it needs to pay attention when a virus emerges to prevent it from becoming a pandemic. Unlike what happened in 2020.

“We cannot take the line that there will be an effective vaccine soon,” says Lenore Manderson, Distinguished Professor of Public Health and Medical Anthropology at Wits University. “House arrest is also not a continued way to live. Covid-19, like HIV, tracks the social fault lines of both race and class and underscores unequal care in society. It is a real dilemma.”

A dilemma further complicated by another question raised by experts and, once again, ignored: Are antibiotics the new pandemic? Quite possibly. Antibiotic resistance is a pandemic waiting to happen. Humanity has misused antibiotics so badly that many are now useless. As Covid-19 continues its march across society and economy, now is the time to pay attention to what might come next.