Finding security in the unseen

Messages carried in structured light can secure quantum communications in the future. 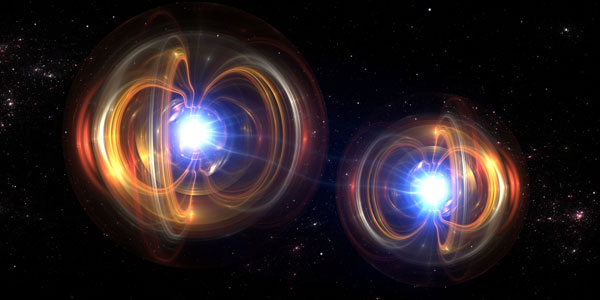 Just over the horizon, a scary world awaits. Super-fast quantum computers are on the rise and soon they will be able to crack what were once considered unbreakable man-made encryption algorithms.

In this world, banks won’t be safe as hackers armed with quantum computers will be able to break security codes and clear out bank accounts. Money hidden under mattresses might once again become a preferred way of saving.

“If you had spoken to me five years ago, I would have said well, quantum computers are a little bit of a dream. But that’s not the case anymore,” says Professor Andrew Forbes in the School of Physics at Wits University.

“Late last year, they demonstrated what they call quantum supremacy. That means that the quantum computer solved a problem that would have taken an age on a normal computer.”

In this experiment, Google, using its Sycamore quantum processor, performed a calculation in 200 seconds that would have taken the world’s top supercomputer 10 000 years.

Quantum computers might not be that powerful yet, but they are becoming more accessible. Wits students have access to the IBM quantum computing network.

“At the moment, students can run very small versions of Shor’s algorithm and break very small encryption procedures, but nothing that people need to worry about,” says Jonathan Pinnell.

In 1994, US mathematician Peter Shor came up with an algorithm for quantum computers that could be a breakthrough in factoring large integers (a number that can be written without a fractional component), which is tricky even for powerful computers.

Quantum computers hold much hope for the world. Their computing power is already helping in understanding chemical simulations and they are being used to improve the software on self-drive cars.

Keeping information safe in this future is going to require quantum technology and that is what Forbes, Pinnell and the rest of the team at Wits are trying to do.

They are working at using structured light to provide communication that is impossible to intercept. Data are transmitted through the use of patterns of light.

To explain how it works, Forbes uses the analogy of how navies once used the raising of flags to communicate between war ships.

“So you can think of these different patterns of light as a very sophisticated form of flag waving. When I send one spiral, it means something specific, when you send two spirals, it means something completely different. Now I can use that light – broken down to the level of structured photons, the most elementary particle of light – to encode a lot of information,” says Forbes.

In July, the team achieved a world first when they shared secure information with 10 participants over a network and used 11 dimensional patterns to pack loads of information into each photon. Previously, this could only be done through one-on-one or peer-to-peer communication.

The network is not limited to 10 participants; many more users can be added. But the beauty of this is that any attempt to eavesdrop or intercept the message will destroy it. This means messages can go viral to a trusted group of individuals, without the fear of someone eavesdropping.

“It is impossible to crack, because as soon as you intercept these lights in the quantum world, the message gets destroyed,” says Forbes.

The Wits team is in a global race to roll out a secure quantum network. In just over a month, they plan to test their network in the field, by sending data over a 300m link.

If that is successful, the next plan is to communicate between the Telkom and Sentech communications towers in Johannesburg. The idea is to one day use 5G towers to build a secure quantum communications network. These cellphone towers, according to Forbes, are all within a 10km radius of each other, which means that they are within line of sight and will be ideal to carry the quantum network.

Beyond that, satellites could be used as a medium to transport the network.

“First, it is 300m, modest baby steps,” says Forbes. “Then it is five kilometres with tower-to-tower.”

One challenge the team is likely to face one day is that, unlike other communication media like radio, the light cannot be amplified. Attempts to amplify the medium would alter the light, causing the message to be destroyed.

Forbes says that once quantum networks have become established, we will not even know they are there if they work well.

“If everything works perfectly, then you won’t see it. It will be as if life carries on like normal, but if it wasn’t there, and these threats were realised then cases of fraud and banking irregularities would skyrocket. It is one of those things where we hope nobody notices.”