Dimming the lights on malaria

The fight against the disease that kills hundreds of thousands of people in Africa each year could be as simple as changing a light bulb. 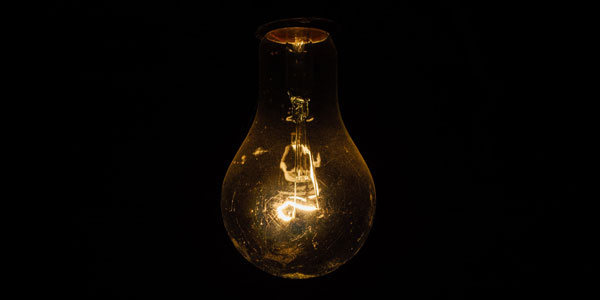 Mosquitoes might just be the most annoying little creatures on earth – always buzzing around your head, while you are trying to sleep. But as we all know, these little creatures are still some of the most prolific killers on Earth. Every year, a quarter of a billion people are infected with malaria and of these, 405 000 die from the disease. Although a vaccine exists and malaria is for the most part very treatable, these measures are expensive.

While there are many high-tech and low-tech ways to target the malaria parasite, such as drugs, attempts to sterilise male mosquitoes and the use of mosquito nets to stop mosquitoes from biting people as they sleep, another way to manage the disease could be aided by changing a light bulb.

According to Dr Bernard Coetzee of the Wits Global Change Institute, the malaria carrying Anopheles mosquito most likely uses artificial light as an additional cue when seeking out humans. And they are not alone, other mosquito species responsible for carrying such harmful viruses as the Zika and West Nile virus might be using light to lead them to humans too.

Coetzee is on a mission to try to understand how artificial light in Africa may increase vector disease transmission.

“Light pollution is gaining a foothold in Africa and one of humankind’s oldest known killers might be using this to its advantage,” says Coetzee.

Scientists know mosquitoes use a number of senses, from sniffing out odour, to detecting the carbon dioxide in a person’s breath and possibly light to find their prey.

“Light is probably one of the cues that tells the female mosquito that she can or cannot feed,” explains Professor Lizette Koekemoer, of the Wits Research Institute for Malaria. “But the light by itself is not good enough, because if there is no (human) odour she will go somewhere else.” Koekemoer is a primary collaborator in Coetzee’s research.

Mozzies in the spotlight

The problem is that little is known about mosquitoes and their relationship with artificial light. This is the knowledge gap that Coetzee, with the help of a prestigious research grant, wants to fill.

Coetzee is the winner of the Jennifer Ward Oppenheimer Research Grant for his work on light pollution. The aim of the grant is to support African-led research that might solve real-world problems on the continent. Coetzee was selected from 217 applications from 26 countries across Africa.

“This research comes from a longstanding interest in light pollution,” says Coetzee. “And one of those extensions, of course, is how light pollution might alter a range of things, especially these disease vectors like mosquitoes.”

Coetzee’s research will be partly based in the laboratory, where he will assess the effect that different kinds and spectra of light have on mosquitoes.

Shining a light on Africa

Some mosquitoes are diurnal, seeking out their prey during the day, while others are nocturnal, operating under completely different circumstances.

“The team will also model and map artificial lights and exemplar areas so that we can work out what sort of lights people are actually using, especially in the rural areas. I haven’t seen anybody in the developing world really quantify who is using what, and how this affects things biologically,” says Coetzee.

As studies overseas have shown, artificial light use varies even from town to town.

“There are some really cool photos from the US, where you can see two different towns. They look different at night, because the kind of light that people are using in those towns is different,” says Coetzee.

If he is correct, and we can understand how artificial light influences mosquito behaviour, it could well become another weapon in the fight against one of the biggest killers in Africa.

“If you can work out what spectrum of light is attracting mosquitoes, then you can make a recommendation for people not to use it,” he says.