The Covid-19 lockdown has had a massive impact on South Africa’s economy, exposing profound weaknesses such as the country’s huge inequality.

However, the pandemic also presents a chance to pause and reflect, and, possibly, launch South Africa on a much more equitable path. How can we take this moment in time, and create a better South Africa for all? 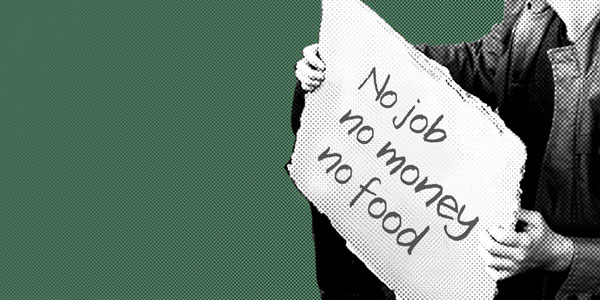 All indications at this point in time are that South Africa’s economic recovery from the Covid-19 pandemic and lockdown is likely to be slow and painful. An estimated two million people lost their jobs in the short term and domestic business confidence and consumer spending is expected to remain subdued for a long time.

In the aftermath of the national lockdown, forced onto the country by the Covid-19 pandemic, hundreds of neighbourhood restaurants, shops and coffee shops have closed, putting thousands of cooks, waiters and cleaners out of work. Some well-known and established companies such as Comair and Phumelela Gaming and Leisure have filed for business rescue, compounding the massive hit on the economy. In the media industry – a gauge of consumer spending – various media houses have closed their doors, including Associated Media (publishers of Cosmopolitan and House & Leisure), while Media24 has shut down several titles.

SA’s strict lockdown has once again starkly exposed the country’s massive challenge with economic inequality. According to figures (see infobox) cited by Professor Imraan Valodia, Dean of the Faculty of Commerce, Law and Management, about 18 million households with an average of five people per household are living on just R2 600 per month, while at the other end of the scale, about seven million households of just two people on average are living on R38 000 per month. Those worst affected by the economic consequences of the lockdown are, once again, those working in the informal sector, foreign workers and women.

The country’s healthcare system looks no better. Dr Adeola Oyenubi, Senior Lecturer in the School of Economics and Finance, recently showed how the health of the poor suffered substantially more than that of the rich during Covid-19. Black Africans were more likely to be poor and hungry, and report ill health, than white people.

“It would be advisable to address this inequity, which is not sustainable. But it is not as simple as that. There are fears that a national health programme would become another Eskom quite quickly, and if that happens, everyone would be worse off. It would only work if the national health programme – such as the proposed National Health Insurance system (NHI) – was efficient.”

Professor Martin Veller, former Dean of the Faculty of Health Sciences, agrees. “I’m strongly in favour of a well-functioning NHI, although I’m critical of some of the current NHI plans,” he says. “If we had had a well-functioning NHI, we would not have seen the level of corruption that became evident, and got worse, in the health system.”

While South Africa has enormous capacity to execute effectively, the government’s initial Covid-19 response and subsequent events showed that the country is “two worlds in one: a world of leadership, enterprise and world-class response, while at the same time a world of incompetence and corruption”, says Professor Adam Habib, Wits’ former Vice-Chancellor and Principal.

The problem is that execution capacity lies in the private sector while we have ‘idiocy’ in the public sector, says Habib. SA Breweries can distribute alcohol every week to every tavern in SA; Imperial Logistics has massive capacity to deliver; the country’s banking system ranks in the top three or four in the world; and there is significant private sector capacity for testing and tracing for Covid-19 infections.

Adjunct Professor Alex van den Heever in the Wits School of Governance says although the government used private sector capabilities to some extent in dealing with the virus, it did not create joint platforms, and government held on to operational decision making.

Professor William Gumede, Associate Professor in the Wits School of Governance, says: “Covid-19 is a health, financial, social and economic crisis in one, and we need similarly integrated solutions. We have to solve these problems collaboratively.”

Habib agrees: “What is needed is trust in the private sector, but ideological positions stand in the way. Overcoming that is the first challenge.”

Valodia believes South Africa’s economy can evolve and innovate to generate new opportunities for the most vulnerable sectors. However, this would require the right set of policies accompanied by effective combined decision making and actions by government, business and labour.

In the short term, informal sector businesses, even more than formal ones, would benefit from cash transfers, while in the medium to long term, South Africa needs to embrace the informal sector as part of the economy.

“Policies should promote informal business activity, rather than restrict it, as they do currently,” he says.

Valodia says it is possible to get wealthier South Africans to sacrifice some of their short-term interests to help tackle unsustainable levels of inequality. For example, existing laws should be enforced, such as paying domestic workers the legislated minimum wage.

“Another solution is to have rational, rather than emotional, discussion about issues like a wealth tax. A third would be to address the fact that South African CEOs earn disproportionately high salaries, so some wage restraint at that level, either voluntary or legislated, could be considered.”

More systematically, policies that would democratise ownership need to be considered. For example, giving workers a share in the company, or representation on company boards.

Overhaul governance at the top

Van den Heever says the root of the mishandling of the Covid pandemic is that SA’s governing model is based on patronage networks, with political appointees in service, administration and procurement. He thinks the only way to fix this is to change government.

“Putting stable leadership in place is a priority,” says Van den Heever. “SA is more vulnerable when the political system is dysfunctional. Countries with strong political leadership, such as France and Germany, fared better in dealing with the pandemic than those with weaker systems and fractured governments, such as Italy, the UK and the US.”

Politically, we have to change our governance system for Parliament and state institutions to one that is, among other things, based on merit, common sense, accountability and partnerships, says Gumede.

“Covid-19 could be the catalyst for fundamental political change,” he says.

Some of the country’s middle class has slipped back into poverty and that will make them more critical of government, and more willing to engage politically. They are likely to demand more transparency in the granting of government jobs and tenders, and this is already evident in the outcry over the Personal Protective Equipment tenders. There are probably going to be more public protests. People may start to vote more discerningly, instead of voting for parties out of long-held loyalty or for race-based reasons.

The recent Constitutional Court judgment giving Parliament two years to reform to allow independent candidates to contest elections is a narrow change, but it will give South Africans more voting options in future and may be the start of bigger changes. “Under SA’s current closed-list system, politicians cannot be held accountable, and lack of trust in the legislature helps to explain the rise of public protests and youth inertia towards voting,” says Gumede.

“Whatever new electoral system SA moves towards must be simple to understand, easy to administer and must allow voters to elect candidates directly.”

“Our president has demonstrated flashes of leadership brilliance, and then he disappears. He has shown management, but not leadership. What we expect from the president is to take the various interventions and weave them into a narrative that inspires and galvanises the nation to act.”

Habib believes the president and Cabinet should be openly challenging the more populist interpretations of social justice that seem to prevail in both the opposition and ruling parties. “The executive leadership and stewardship of this pandemic must involve a politically educative and consciousness-raising element as much as it would entail management and execution of decisions.”

He says that while the president has talked about a social compact, it does not need to happen in a convention centre. “Social pacts can evolve in the actual practise of small day-to-day multisectoral partnerships in the heat of a crisis.”

But whatever happens to the country politically, socially and economically in the future, Veller believes SA should be focusing its combined attention on being prepared for any new health crisis.

“Another pandemic may strike, and South Africa should have plans to manage it. This needs political and bureaucratic management.”

More on this research