Along came a virus…

Column: Professor Lynn Morris reflects on a lifetime of virus hunting, from HIV, through Ebola, to SARS-COV-2. 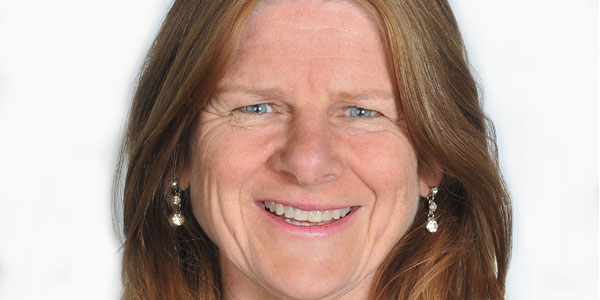 I have spent the past 25 years doing research towards an HIV vaccine and now we might have one for Covid-19 in less than a year! Of course, we don’t have one yet and vaccine development is notoriously difficult and full of surprises, so we will need to wait and see – but probably not for long.

All indications suggest that a vaccine against SARS-CoV-2, the virus responsible for Covid-19, is going to be much more feasible compared to HIV. There are currently 11 Covid-19 vaccines in large scale efficacy trials with five already approved for limited use, compared to a pitiful six efficacy trials conducted for HIV – none of which have proven worthy enough for licensure.

Funding fickle as a virus

This warp speed Covid-19 vaccine development happened, in part, because we were able to take advantage of what we learned from HIV. Viruses are simple life forms that use similar mechanisms to hijack and exploit human and animal cells. I have watched with amazement how speedily many of my HIV colleagues have redirected their decades-long HIV vaccine programmes towards studying Covid-19.

This speaks not only to the global urgency to find solutions, but also to the fickle nature of research funding and the under-resourcing of health and science. We have also seen the resurrection of old research programmes on SARS-CoV-1 and MERS (Middle East Respiratory Syndrome); both are coronaviruses that caused earlier human epidemics but work was halted when the threats died down. We made the same mistake with Ebola vaccines that sat on the shelf for 10 years before rapid action saved the day. In the aftermath of Covid-19 we need to ask hard questions about how we prioritise funding for the things that pose real threats to our existence, such as new and emerging viral pandemics.

The rapid progress in the search for a Covid-19 vaccine has also been enabled by the immediate sharing of data and information. The sequence of the novel SARS-CoV-2 virus was published in less than a week of it being discovered and within a month after the first cases of severe pneumonia were described in Wuhan, China.

Scientists around the world quickly used these sequences to slot into their vaccine platforms and to design their own diagnostic tests. The GISAID (Global Initiative on Sharing All Influenza Data) database already has a staggering 100 000 SARS-CoV-2 sequences representing almost half of all viral sequences ever published, including HIV.

There has been a deluge of scientific papers published on Covid-19 in the past eight months, many following a rushed review process or even before scientific peer review. Science is driving policy in real time with new discoveries acted on immediately. This willingness and eagerness to share information has serious downsides as many of the published papers are insubstantial or inconclusive – with some of them having been hastily retracted .

There has been concern that this state of disaster will be exploited for political gain with vaccines being prematurely used – a scenario that was quickly dispelled by a pledge from major vaccine manufacturers that they will not seek licensure until all safety checks are passed.

I am a volunteer in one of the Covid-19 vaccine trials that is being led by researchers at Wits. I did this not only because I believe in the power of vaccines, but also because I, like everyone else, am at risk of SARS-CoV-2 infection. But we now know that not everyone who is infected has the same outcome. SARS-CoV-2, like HIV, is an insidious virus (albeit in a different way) causing stealth infections in large numbers of people while having severe and sometimes fatal consequences in others. This state of asymptomatic infection poses significant management challenges for public health officials as it undermines the test and trace approach that is critical to halting transmission.

Unlike SARS-CoV-1, SARS-CoV-2 is expected to become endemic – widespread within populations – and will thus continue to circulate for years to come. While we still don’t know the level and durability of immune responses needed for herd immunity, we do know that vaccines are the best way to control and eradicate viruses.

Vaccines work by stimulating our natural immune defences. After my vaccinations (I received two doses), I imagined how this little bit of the SARS-CoV-2 virus (the spike protein) was being hunted down by the B cells that conduct surveillance to detect invaders in my body. Once engaged, these cells start the process of making virus-fighting antibodies that take a few weeks to appear.

During this time, I was keeping track of my body’s reaction to the injection by filling in a daily vaccine diary, documenting things such as tenderness, redness, swelling and temperature. But I had nothing more than the equivalent of a small insect bite that quickly resolved. These reactions differ between vaccines and between people. Although there have been a few reports of more significant reactions, none are as bad as the effects of infection with the real virus. Assuming the vaccine works as expected (and that I received the vaccine and not the placebo), the best reaction would be to have antibodies to SARS-CoV-2 that will protect me from Covid-19 infection.

But let us not forget that viruses are masters of disguise. Thankfully, SARS-CoV-2 seems so far to be less adept at changing its cloak than viruses such as HIV. This makes it an easier target for a vaccine. However, SARS-CoV-2 hasn’t faced any real opposition yet since most people are still susceptible. Once immunity builds up either through infection or vaccination, this could change as this virus, like all viruses, will try to get around any efforts to stop it from spreading – so we need to stay alert.

The success of a Covid-19 vaccine will rely on the majority of those at highest risk agreeing to be vaccinated – an effort that is being undermined by those who use fake science and misinformation to cast doubt on vaccines. But most importantly what the Covid-19 pandemic has demonstrated is that if there is political will and a coordinated and well-funded global effort, vaccine development can proceed exceedingly fast. There is no doubt that new pathogenic viruses will continue to emerge. Let’s build on what we have learned from the Covid-19 pandemic so we can respond more rapidly and effectively to viral threats, including HIV, which still remains one of the world’s biggest health challenges.