For the intrepid, fun-loving adventure seekers out there - this is the club for you!

The club competes in different programs ranging from recreational sailing, to high-performance racing, on a whole range of boat sizes and difficulties. These events include racing leagues, ocean races, races in Durban and Cape Town during the July and December holidays and for more experienced sailors – provincial and national championships.

In 2020, the club took on the Cape2Rio Yacht Race from Cape Town, South Africa to Rio de Janeiro in Brazil - winning the class one handicap and class one line honours. The club also received the prize for First Youth finishing third in their overall position.

The club offers weekends away, Learn to sail courses, Skipper’s ticket theory course, knot tying course, how to rig a boat course and an introduction to racing course.

We are a welcoming club that introduces Witsies into the amazing sport that is sailing! We will train you to master the ins and outs of sailing, as well as push our more experienced sailors to new levels.

NOTE: It is compulsory for all registered members to attend the swim test prior to engaging with any club activities.

Wits’ JM Busha 54 sailing team took to the open waters for the year’s Cape2Rio Yacht Race which began on 4 January from the Port of Cape Town.

Yachters embarked on a monstrous 4053.9 nautical miles trek – that is a  7 507.8km journey which ended at the seaside city of Rio in Brazil on 28 January, 23 days and 16 hours since the team completed the first kilometre. JM Busha 54 finished in third position behind the Love Water and Maserati Multi 70 yacht teams, winning the class one handicap and class one line honours.

The team also got the prize for the First Youth, with the German entry Haspa Hamburg, coming in fourth in the overall finishing. Describing the race, yacht co-skipper on the JM Busha-branded Ciao Bella, Ryan Robinson summed up the whole experience as “absolutely amazing” and as “the adventure of a lifetime”. Alongside him was his sister and co-skipper Michaela Robinson, while Wits Yacht Club members Tawanda Chikasha, Emma Clark, Jonathan Ham and Hearn Johnson completed the crew.

“There were some amazing experiences,” said Robinson. “From the hundreds of whales [along the way] to seeing land for the first time in days. But for me, the best one was the day after we managed to get out of Cyclone Kurumi (a tropical storm we had to race through on our race). There is nothing quite like the experience of conquering something that immense… The camaraderie, hard work and teamwork displayed by my team is something I will never forget.”

With so many lessons learnt and any of a number of things which stand as the highlight of the event, Robinson decidedly pointed to the teamwork as the glue that bound the team’s singular goal all throughout the gruelling race. “Individuals are much stronger when working as a team. It's a cliché from the Rugby World Cup last year. But ultimately, it's true – people are #strongertogether,” Robinson said.

“Other lessons I learnt was how far a person is actually able to push themselves. You learn what the human body is capable of, which ranged from never getting more than four hours of sleep at a time, to physically exerting yourself to the point of utter exhaustion.”

He added: “The last lesson would be that it's not over, until it is over. We had a real disadvantage at the start of the race and got caught in a weather system with absolutely no wind. We stayed there for a couple of days. This meant we were at a huge disadvantage on day two of a 24-day race. We never gave up though. And by the end of it – through sheer perseverance – we managed to claw our way back into a respectable position.”

When asked what some of the biggest lessons were for his crew, Robinson said the experience in its entirety will not only apply to new races, but be applied to both sailing and everyone else’s day-to-day lives. Encouragingly for new and prospective yachters, he said to “make it happen” for yourself. “Sometimes, you need to push your own envelope and not let society dictate what is achievable.

“We had people on the boat achieving amazing things. Michaela was the youngest skipper to ever complete this race. Tawanda was the first black Zimbabwean to ever sail across the Atlantic Ocean. Had they listened to the naysayers, they might never have achieved these amazing goals,” he said. 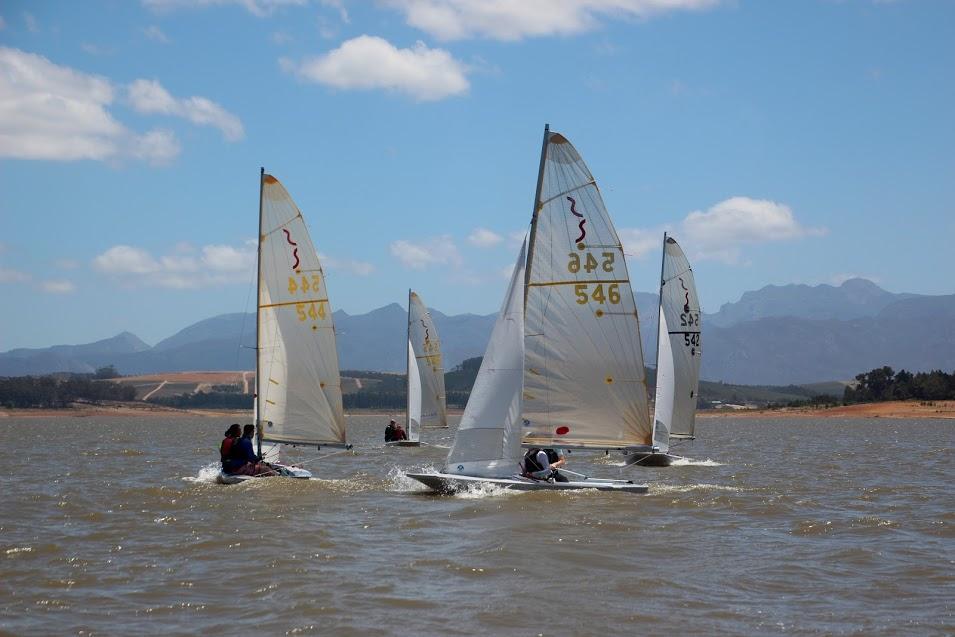 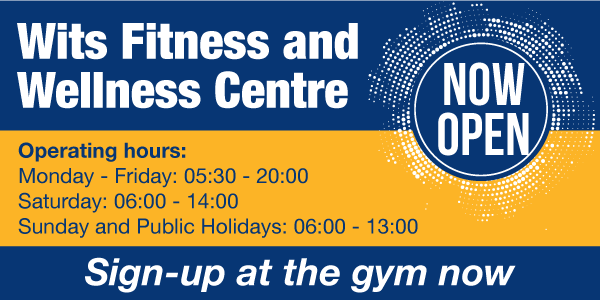 The Wits Fitness and Wellness Centre is officially open, come to the gym and sign up and get access to world class gym equipment with different group classes on offer including: Circuit Training, Spinning, Functional Training and so much more!