The Wits Rugby Club was established in 1909 and has a rich, proud history and tradition. Many Springbok and provincial players have been produced by the club over the years.  In 2018,  Marvin Orie made his Springbok debut whilst Tyronne Green, Wandisile Similane and Gianni Lombard all represented the Baby Boks at the U/20 World Cup. This year a further three players were selcted in the u/20 South African Rugby Squad, namely: Dameon Venter, Keagan Glade and Sibusiso Sangweni.

The team had great successes in their 2018 campaign after reaching the varsity cup semi-final for the first time in Wits Rugby's history.In 2019 the team placed 6th on the final Varsity Cup log standings.

In 2018, both the under 19 and under 21’s won their respective divisions - the senior team lost narrowly to the University of Johannesburg in the semi-finals. This year was a different ball game altogether, with all five Wits teams progressing to the Pirates Grand Challenge semis. The Wits first team beat Wanderers 57-17 to qualify for the final – this was a monumental victory for the club becuase the club had not competed in a Pirates final since 1967. The team took on defending champions North West-Pukke to clinch the 2019 title after bagging a 36 - 33 victory at the Alberton Rugby Club.

The 2019 USSA tournament was held at the University of Stellenbosch, from Monday, 2 – Friday, 5 July. The Wits team competed in the A section and was placed fourth overall. The Wits Rugby women’s sevens team made their debut in this year’s USSA Sevens tournament.

Dameon Venter, Keagan Glade and Sibusiso Sangweni, selected in the South African Junior Boks Squad to compete in the  World Rugby u/20 championship in Argentina. 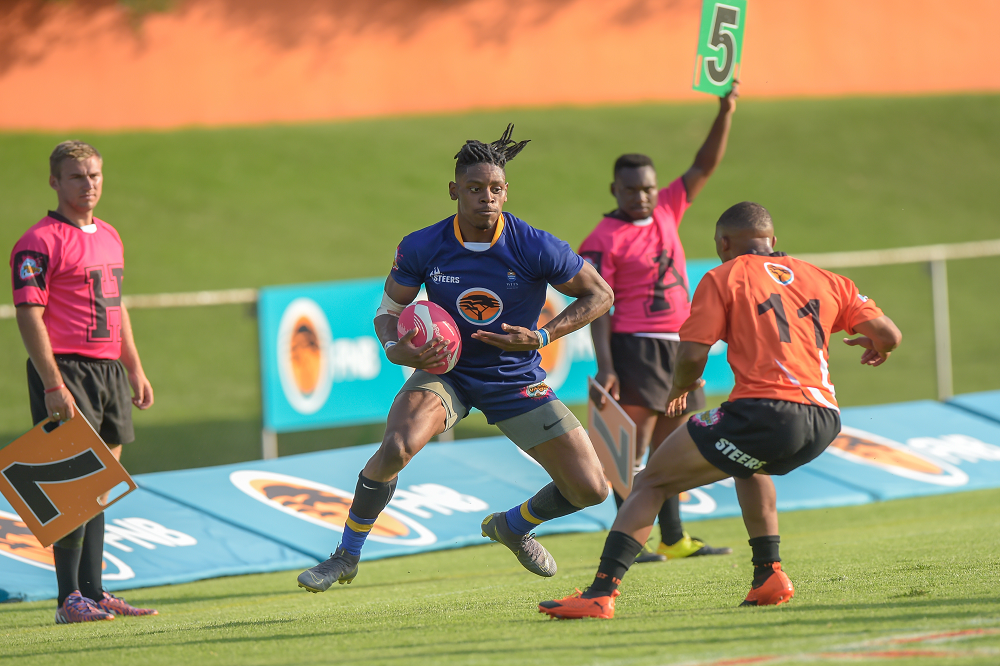 Join the challenge, share your progress and tag Wits Sport on social media.