Just like a piece of cloth, light can be tailored by weaving and stitching patterns into the very fabric of light itself. This so-called “structured light” allows us to access, harness and exploit all light’s degrees of freedom – from seeing “smaller” in imaging, focusing tighter in microscopy and packing more information into light for classical and quantum communications. 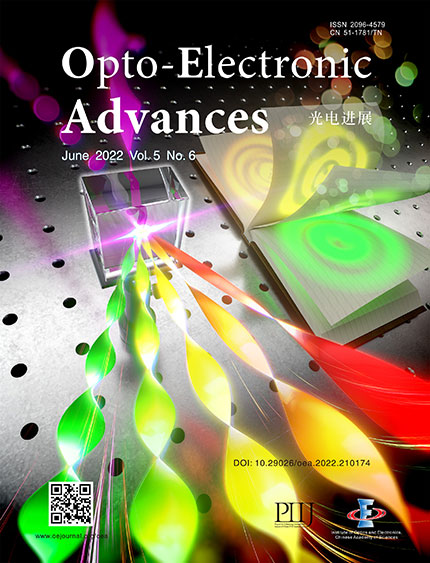 Researchers in the Wits Structured Light Laboratory have published an invited paper in the journal Opto-Electronic Advances, in which they showcase recent advances in replacing the traditional linear optical toolkit with nonlinear control. The work appeared on the front cover of the journal (see image).

Historically, nonlinear optics is associated with the wavelength control. However, Dr Wagner Buono and Professor Andrew Forbes from the Structured Light Laboratory at Wits University, showed that the landscape is far more colourful than just the colour of the light, affecting all degrees of freedom in sometimes counter-intuitive ways. This advanced toolkit promises novel applications from classical to quantum, ushering in a new chapter in structured light.

“Structured light seeks to harness light’s many degrees of freedom, to impact ‘structure’ to the light. This could be in amplitude, phase, polarisation or even more exotic degrees of freedom such as path, orbital angular momentum and even spatiotemporal control,” says Forbes.

To date, this has mostly been achieved with a linear optical toolkit, with nonlinear optics used to change the colour of the light (its wavelength and frequency).

The focus of attention has been on “how much light do I have?”, with efficiency questions in mind. “Now, our focus is on ‘what does the light look like?’ – in other words – the structure of the light,” says Buono, a post-doctoral fellow within the Structured Light Laboratory and a non-linear optics expert, having worked in the field during his PhD.

“For instance, to diffract light in a linear system requires a physical object with some obscuration, for example, a pin hole or slits. But in the nonlinear regime, one structure of light itself can appear to be the amplitude object that diffracts another, for new propagation dynamics of structured fields.”

This is an exciting development as new forms of structured light can be produced by the product of fields in nonlinear optics rather than just their sum.

“Quantum control of light can get a boost by replacing the ubiquitous linear beam splitter with nonlinear crystals, which has shown to enhance imaging and offer a new roadmap to high-dimensional teleportation.” 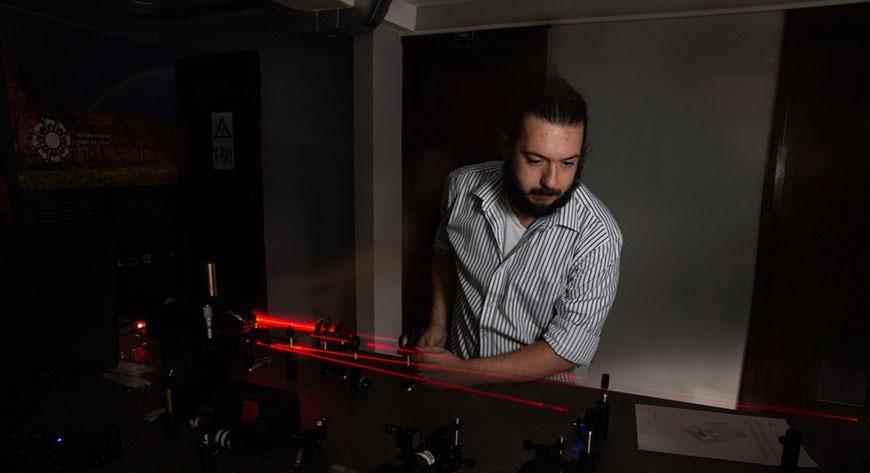 The light-matter interaction in nonlinear optics means that advanced structured matter can be used to customise structured light, for instance, the use of advanced artificial materials such as metasurfaces and metamaterial, offering unparalleled nonlinear efficiency.

The team is the first to unpack the physics of nonlinear optics in the context of structured light, while also being the first to offer a holistic introduction to the topic from fundamentals to applications.

The Structured Light Laboratory, which Forbes heads, has pioneered the field of structured light research – and more specifically the all-digital control of light – with the hope of harnessing light for a brighter future.

“We seek to control light in all its degrees of freedom, in space and time,” says Forbes.

By digitally controlling light, the team aims to control light directly at the source, in order to create new lasers, with bright classical light using conventional lasers, as well as with single photons and quantum entangled light.

“With this control, we aim for impact both in fundamental science and applications.”

Their fundamental research is based on the premise of challenging paradigms by asking simple questions that require considerable effort to answer, for example: how many photons does it take to form an image of an object? How much information can a photon hold? How do we get the information in and out?

“Photonics knows no boundaries, and the exciting science requires a blending of disciplines. The vision is structured light as an enabling tool, the vehicle by to tour the scientific landscape,” says Forbes.

“Understanding leads to invention, and invention with a focus lead to innovation.”