Wits University is one of six African strategic partners to the CIVIS Alliance, which committed to Deepening African-European science cooperation by tapping the potentials of European University alliances.

A delegation from Wits University, led by Vice-Chancellor and Principal, Professor Zeblon Vilakazi, signed the partnership agreement and position paper for cross-Mediterranean collaboration in higher education, on the final day of the three-day conference titled New Horizons for the European-African Partnership, co-hosted by CIVIS and its member university Aix-Marseille Université, in Marseille, France last week.

Academics and policymakers from both sides of the Mediterranean, including the French Minister of Higher Education Fréderique Vidal, Wits historian Professor Achille Mbembe and Peter Maassen, and numerous representatives of the European Commission attended the conference. 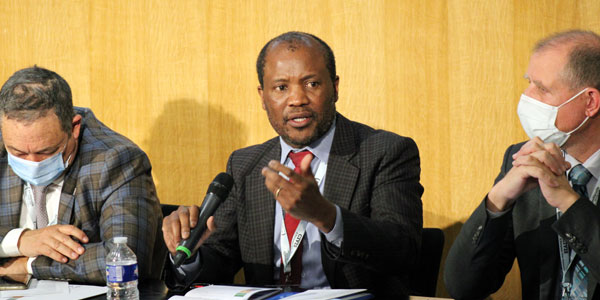 “We entered into an ambitious partnership agreement with CIVIS and five other African partners to collaborate on several fronts in the coming years,” explains Vilakazi. “Although we have numerous direct partnerships with universities in the EU, this new agreement will institutionalise cooperation with the entire Alliance and its members. This is an opportunity for us to level the playing fields and to develop equal partnerships in unequal societies.”

The position paper put forward makes the case for an EUI which:

In terms of this partnership, the six African partners will be integrated into the CIVIS Hubs, where academics will work together to develop educational and other activities to respond to global challenges. “This could offer the chance for increased mobility (both physical and virtual) or create new opportunities to leverage our shared capacities to seek external funding. Together we can also build on our work with a positive social impact on our local communities,” reads an extract from the statement.